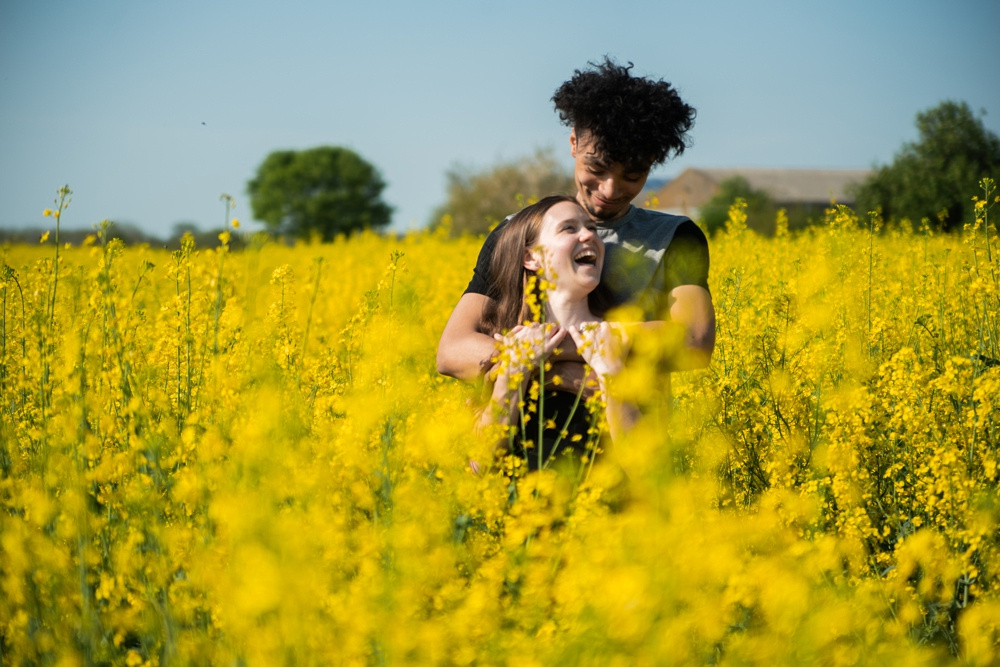 Next to eating anything and everything, my favorite thing to do while abroad is photograph with fun people, especially if beautiful fields of flowers are involved! When Erin and I were planning our trip to London, I ran through my list of people I knew there and, as it happened, one of my former couples, Meadow and Theo, were now living in Leicester! We were originally supposed to meet and ride up with them to the Peak District, but since Erin and I managed to get on the train going in the wrong direction, we didn't have quite the amount of time we'd originally planned. I'm already scheming to go up there next time, though!

Things turned out for the best as Meadow and Theo were able to change our tickets, meet us at a different train station that was out of their way and cruise for an hour in Theo's car until arriving at their cute house. I'm constantly amazed by the generosity of my clients, and these two being this flexible with our travel mistake made us feel so much more at ease. 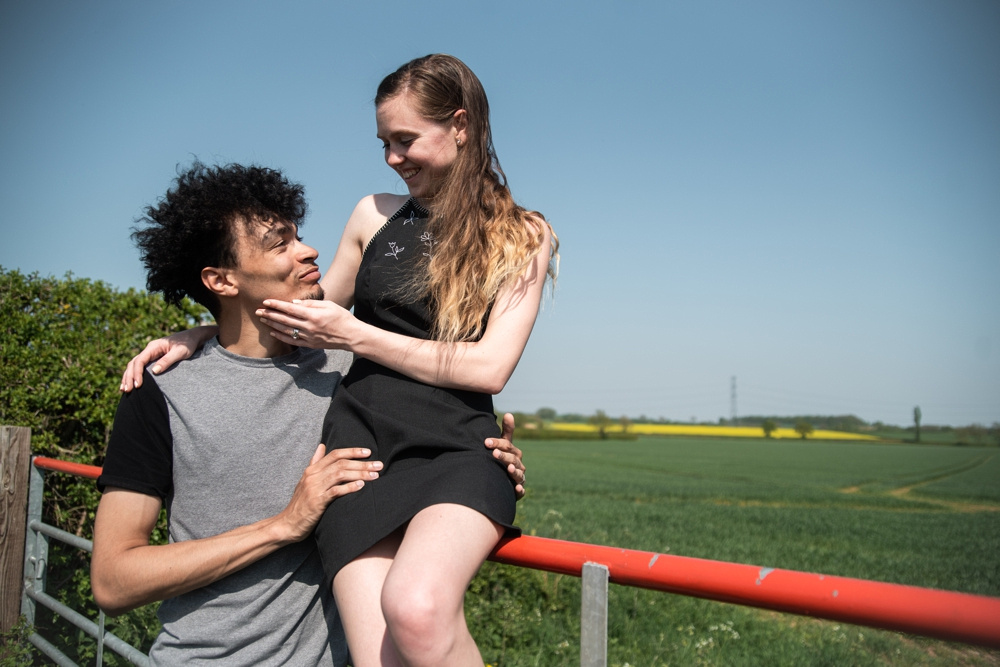 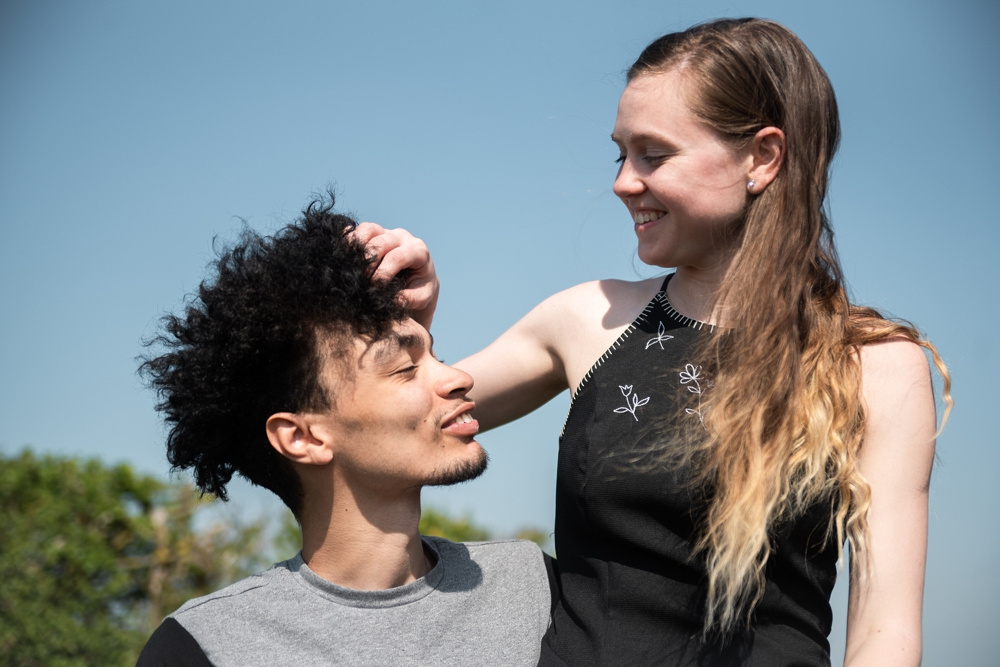 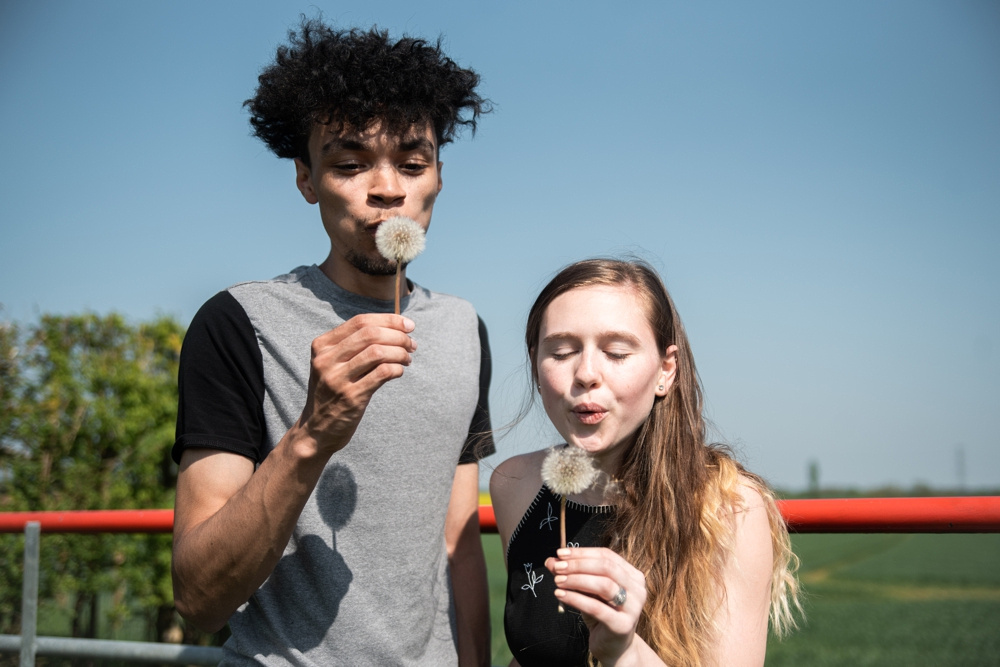 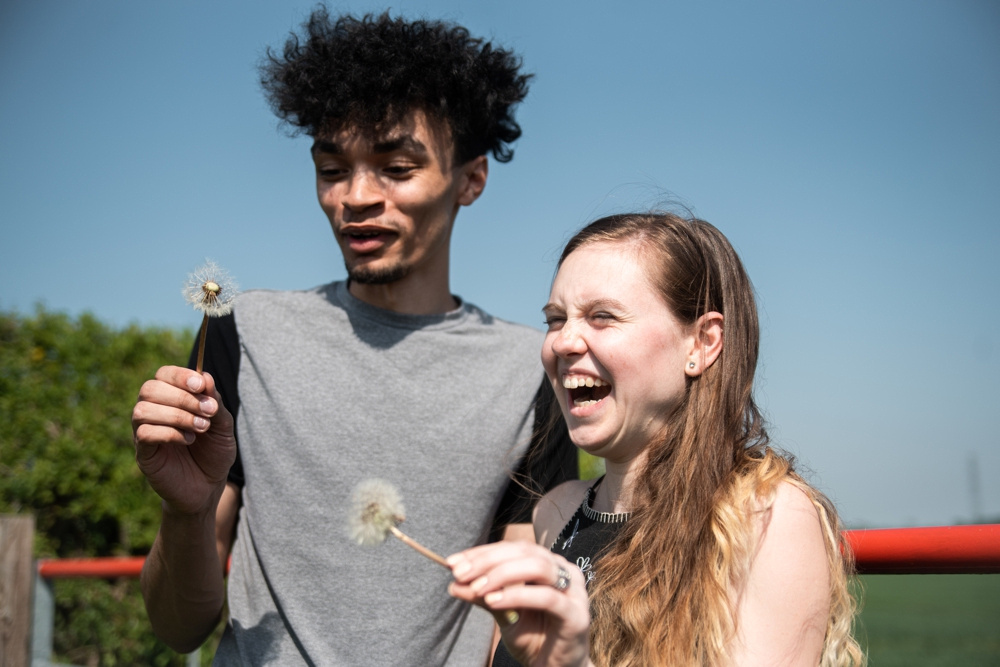 Once we'd grabbed a bite (Erin and I shared our usual fish and chips and a meat pie), we climbed back into Theo's luxurious car and set off for the countryside. Though we'd gotten glimpses along the train route, nothing prepared me for the beauty of the drive as we traveled between field upon field of sunshine yellow flowers. In the little time we had, my goal was to capture Meadow and Theo simply having fun in their new home, easy enough as they're so enthusiastic! We also schemed to grab a few photos of Theo's epic car as he was planning on selling it. As a sports photographer, I'd secretly dreamed of taking panning photos of a fast car screaming by, so I even got to live out that dream.

After photographing both their engagement and their wedding, we'd spent so much time working together that it was easy to immediately fall back into that comfort. Perhaps some of this is also their natural chemistry; if you can't tell, they were always cuddling. I had to do very little posing or directing for this shoot other than choosing backgrounds, because they automatically put themselves into adorably photographable positions. 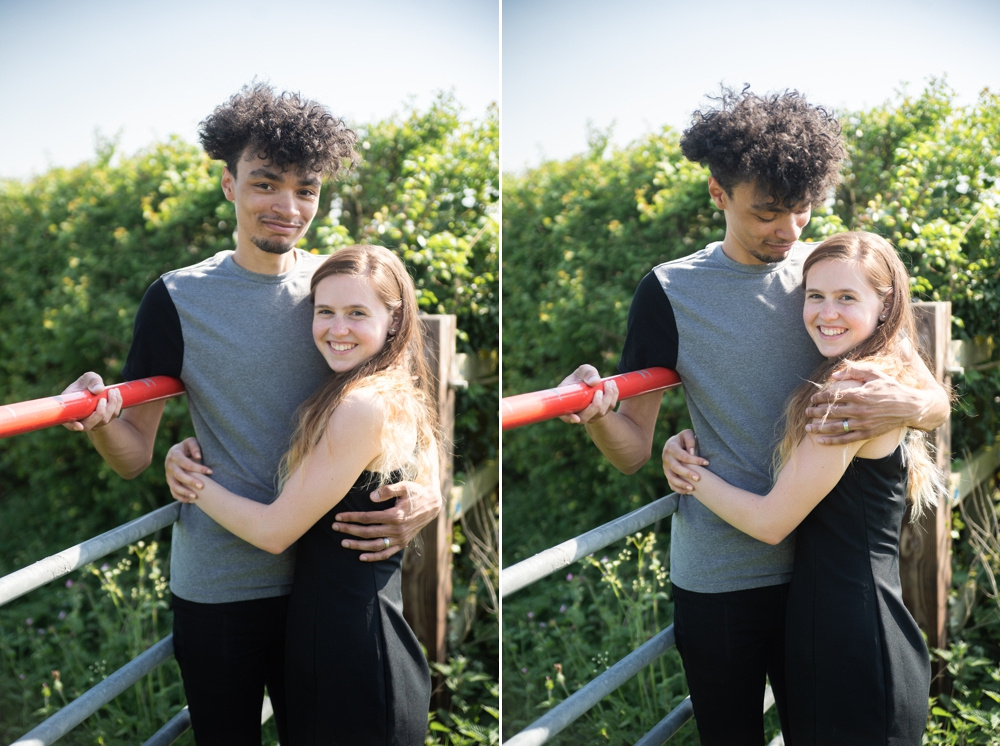 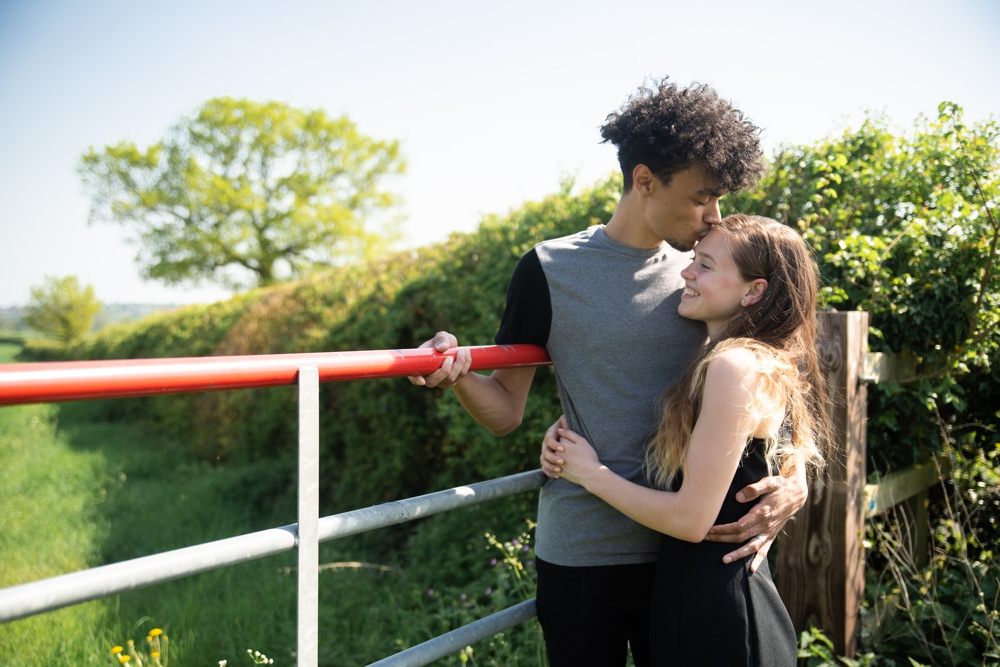 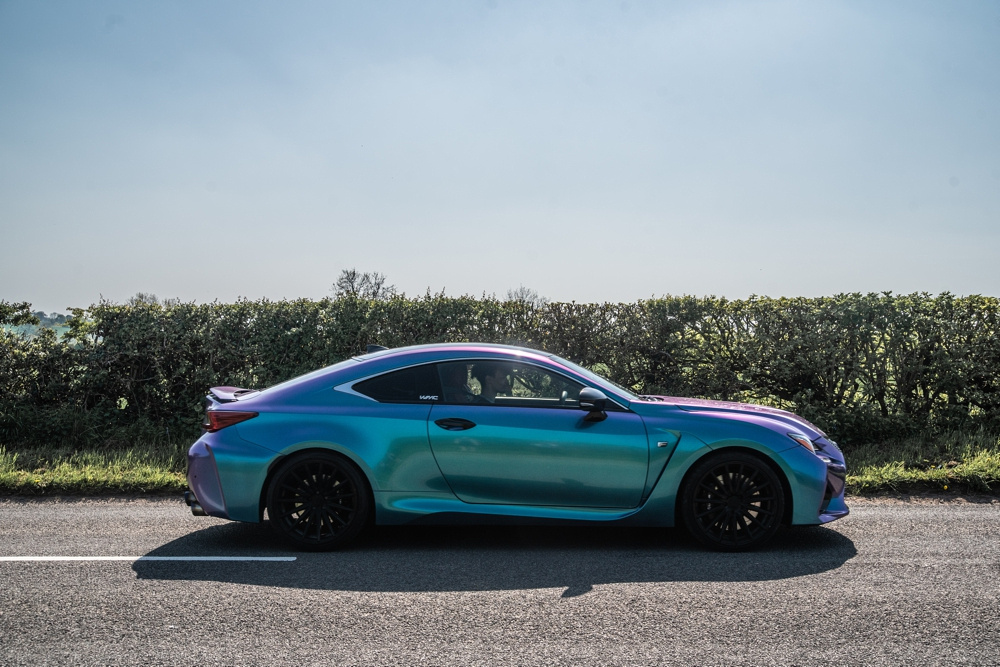 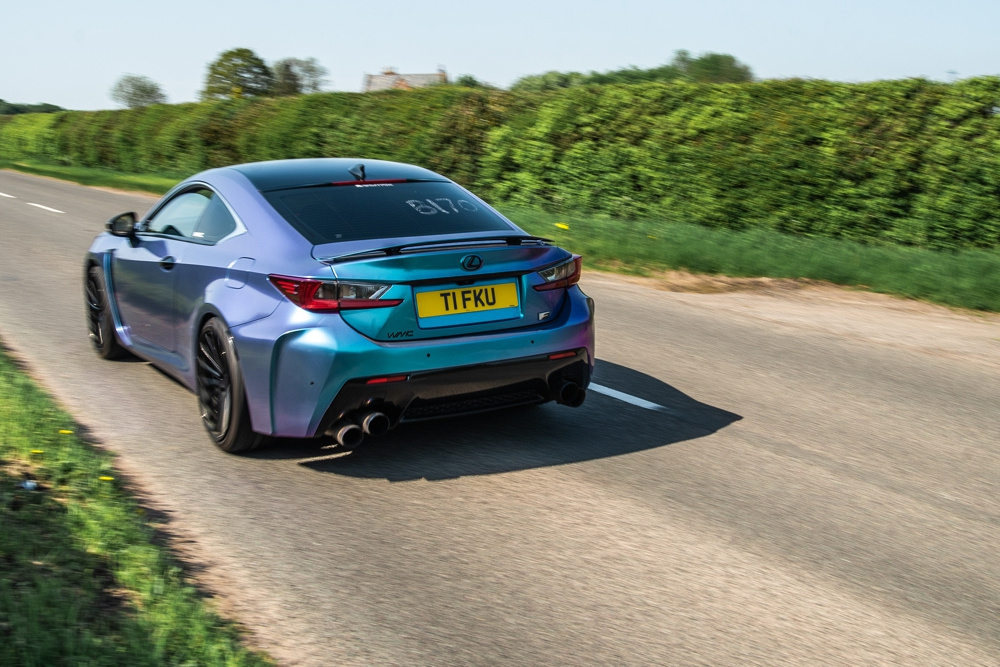 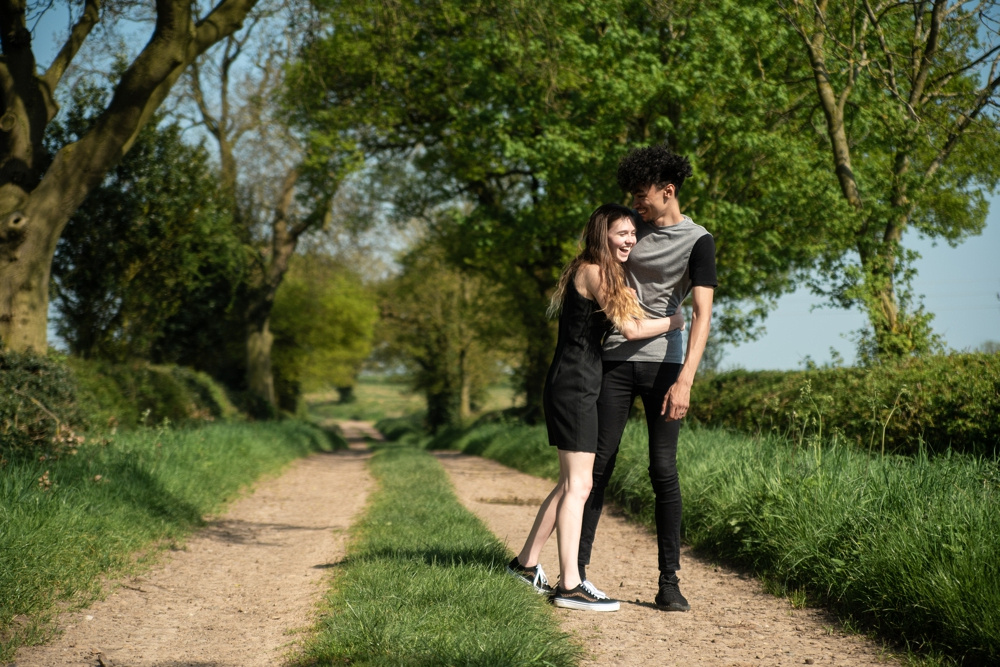 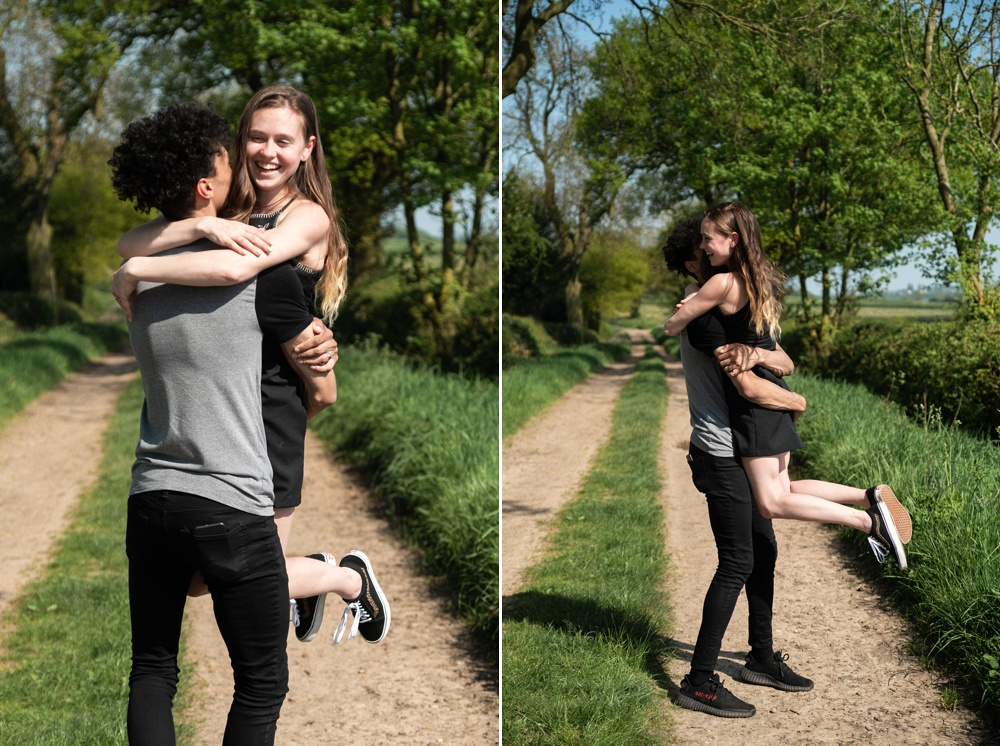 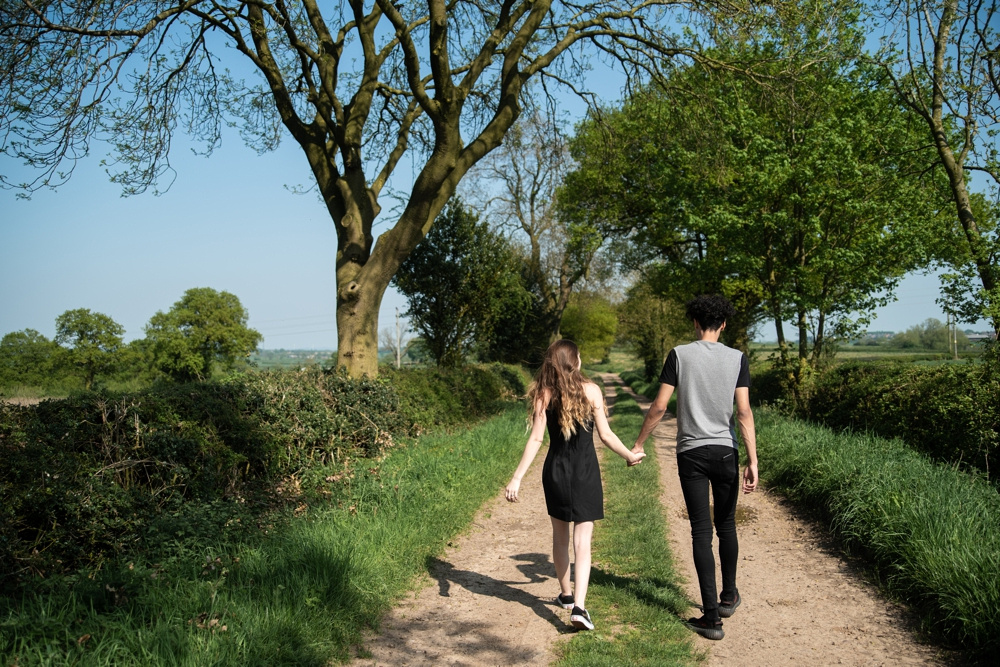 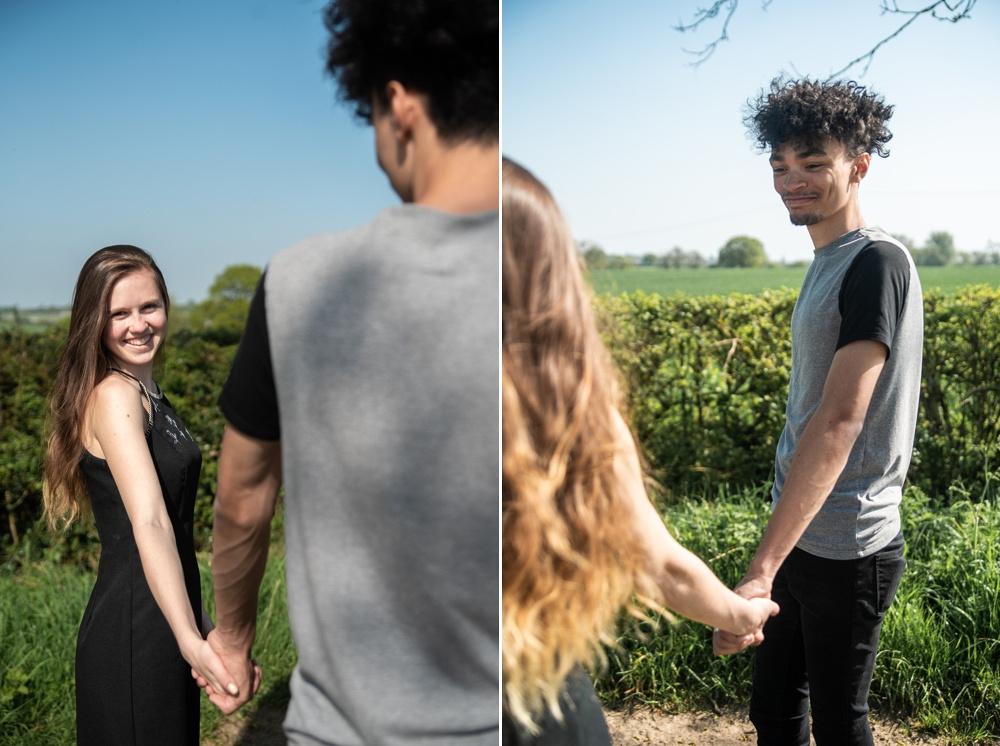 As I noted in my blog about Erin's London portrait session, the interesting part about photographing sessions while on vacation is I often can't schedule sessions at the typical "golden hour", rather I have to work with the available light at my clients' available times. Working in countless less-than-ideal lighting conditions in my wedding work has instilled in me a deep appreciation for harsh lighting, particularly in making use of natural spotlights to dramatically highlight my subjects' face and little else. Although, occasionally, a bright backlight leaving the face in shadow is equally as pleasing to me, especially when my clients' are belly laughing. 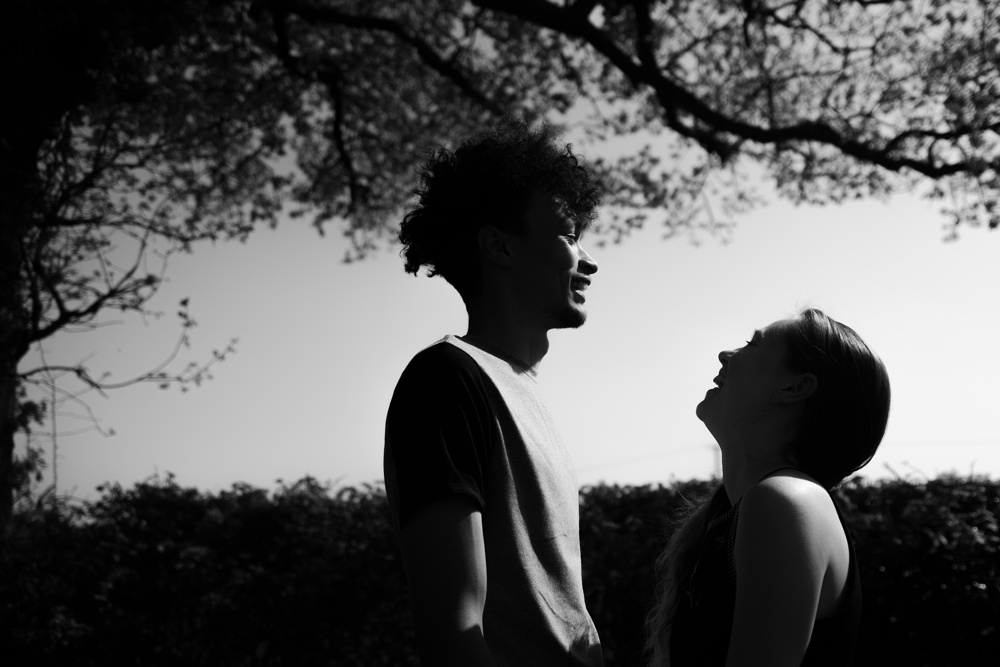 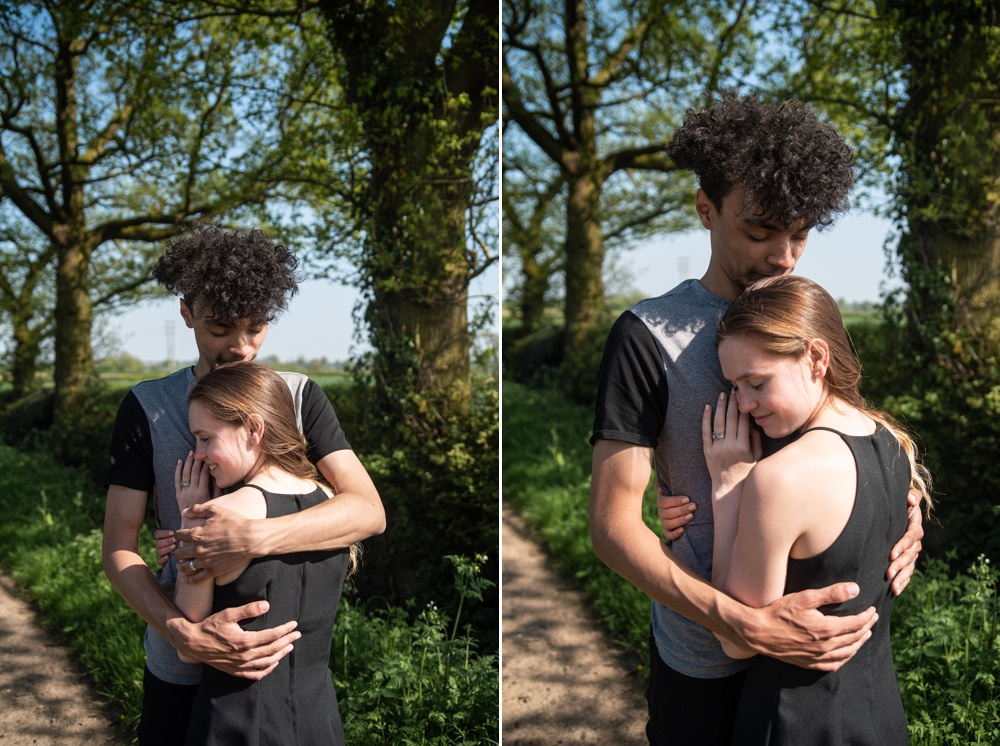 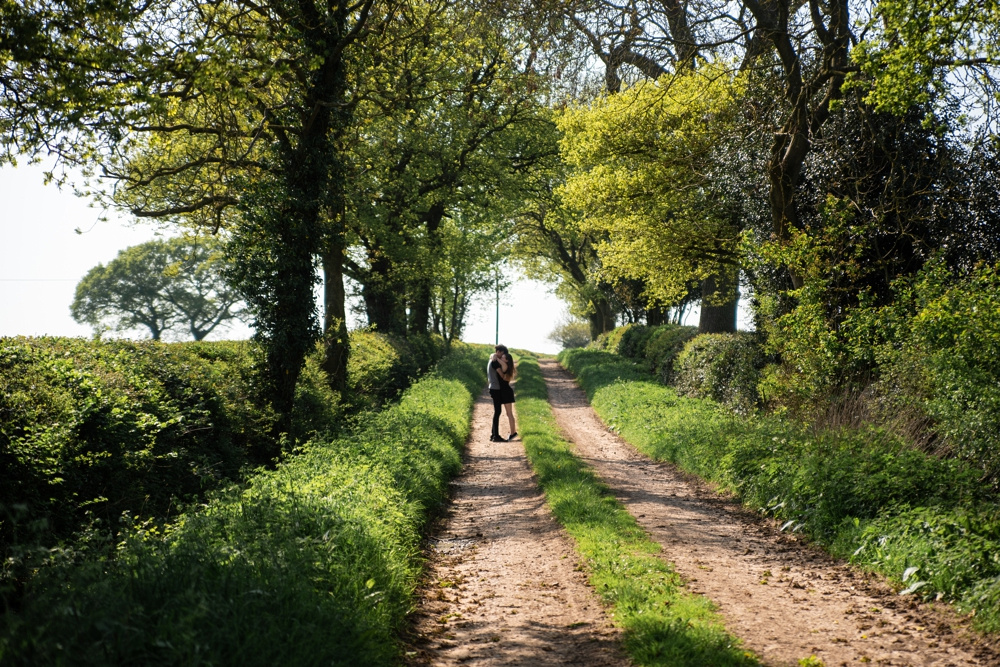 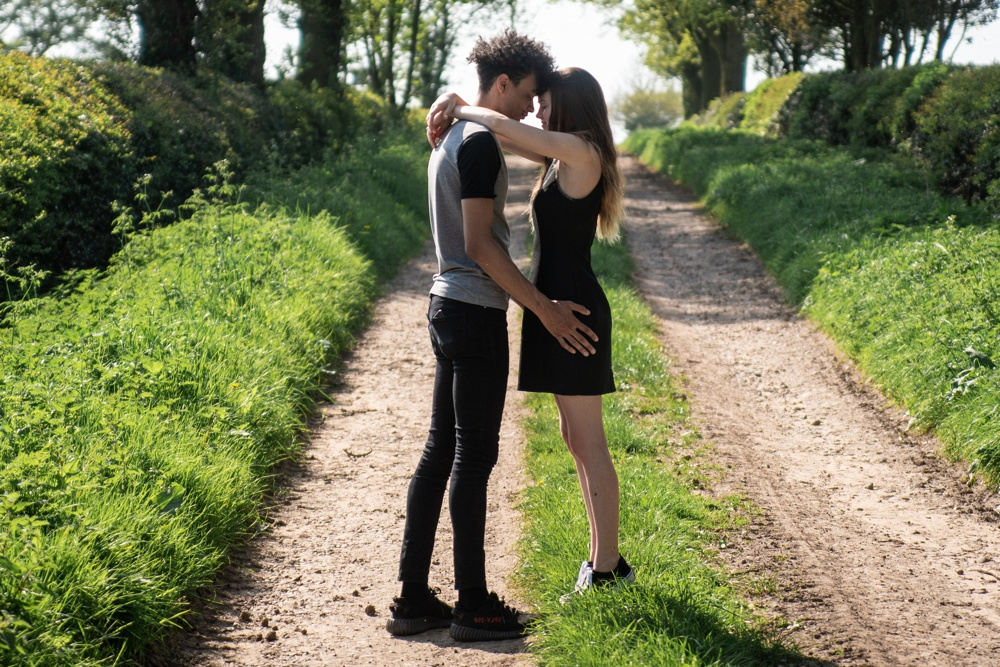 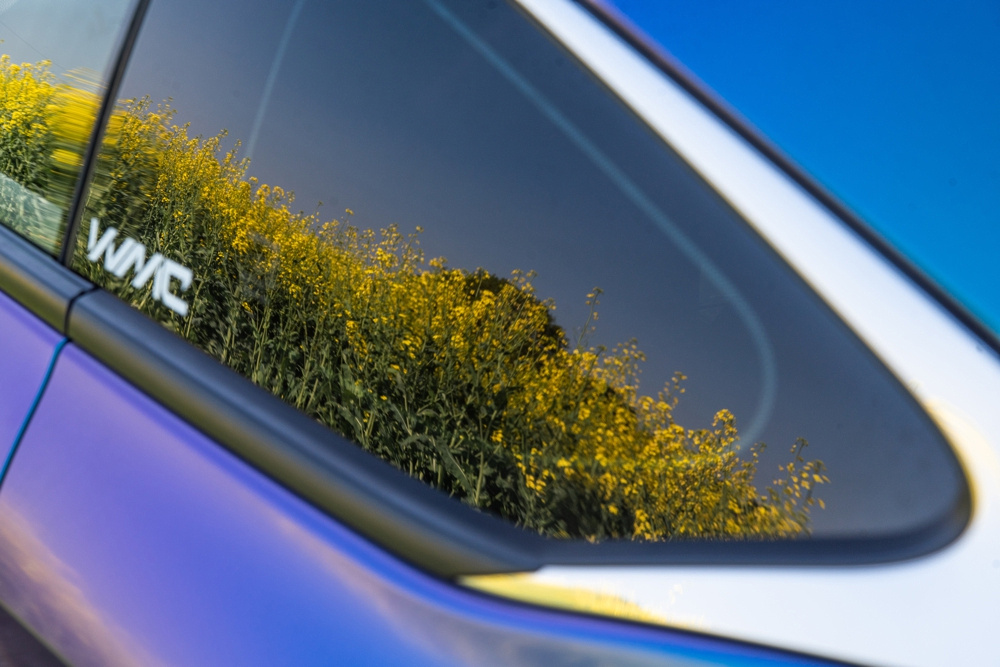 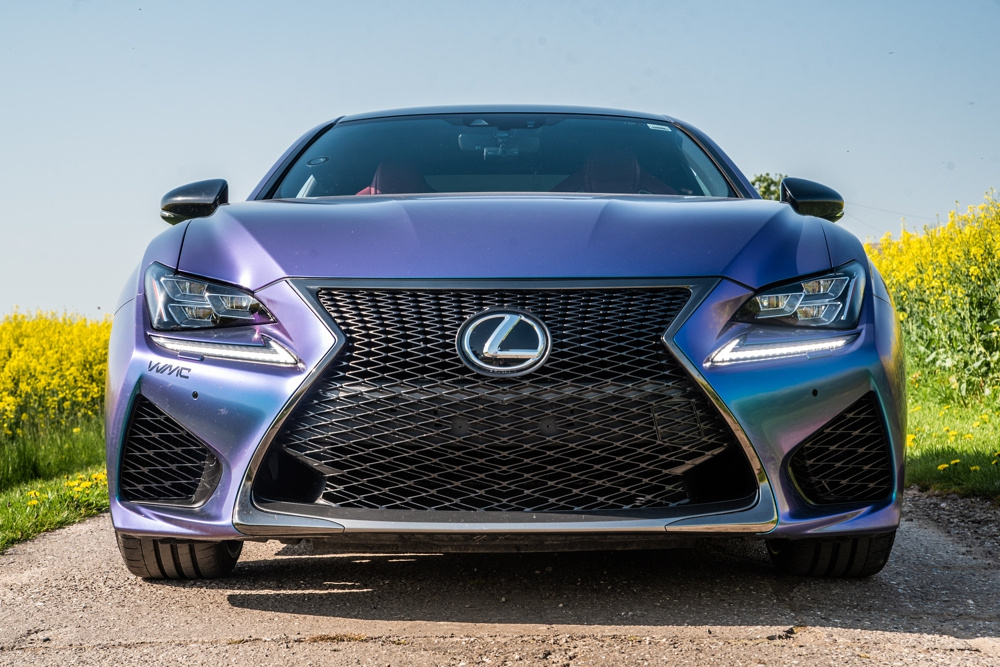 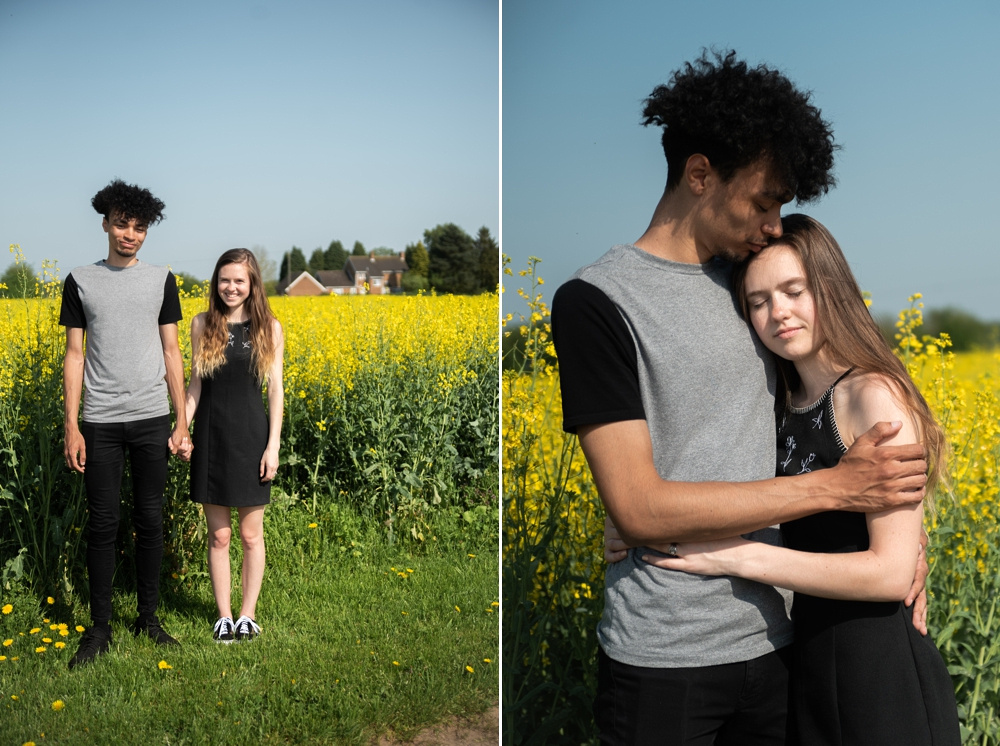 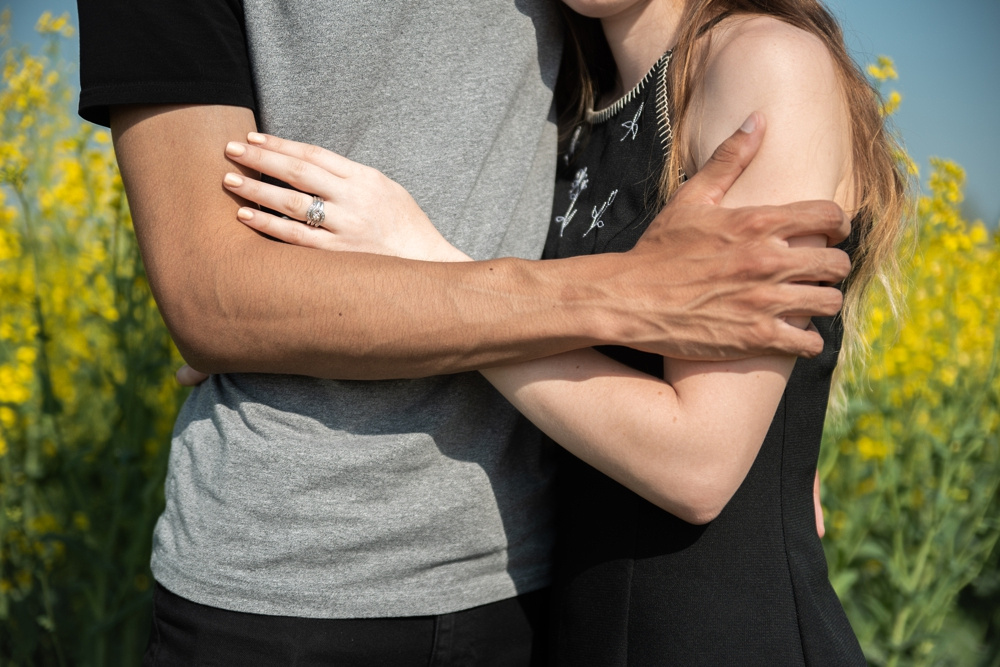 We finished up our photoshoot in one of the very many fields of flowers, actually the first time they'd taken any photos with the yellow flowers even though they'd lived there for a year! It was definitely an honor to do their first flowery field photoshoot.

While I was a couple months early for their July anniversary, it was really fun to see how much their love had grown in the 10 months since I'd seen them. While I've done several anniversary shoots (usually for couples from elsewhere celebrating in Asheville) this was the first time I've gotten to photograph each of a couple's milestones. I really enjoyed how much more emotional and real they were in front of my camera, opening up to me so I could really capture the character of their love and their fun personalities. Hopefully, next time I'm in the UK, we can continue this tradition of milestone portrait sessions - or even better, as they're avid travelers as well - happen to be in the same country abroad at the same time! 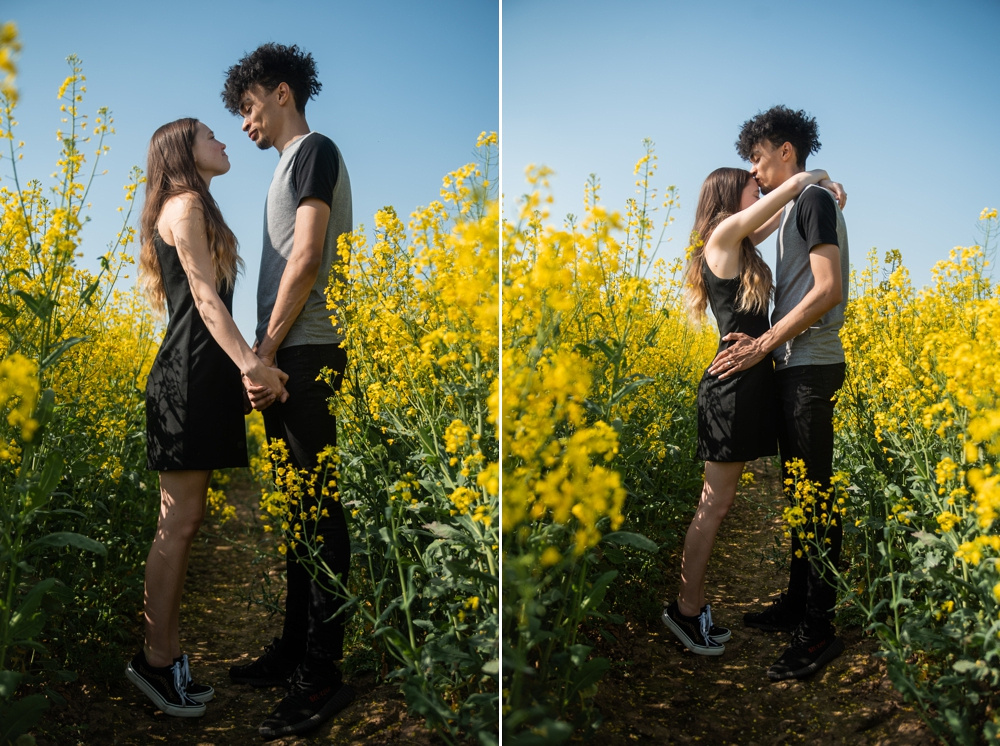 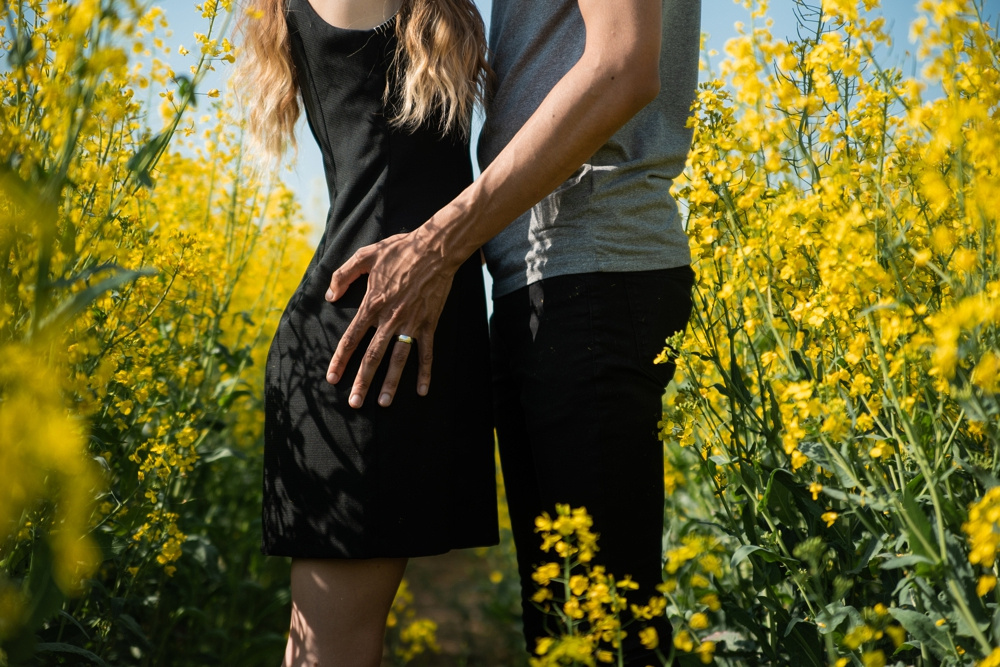 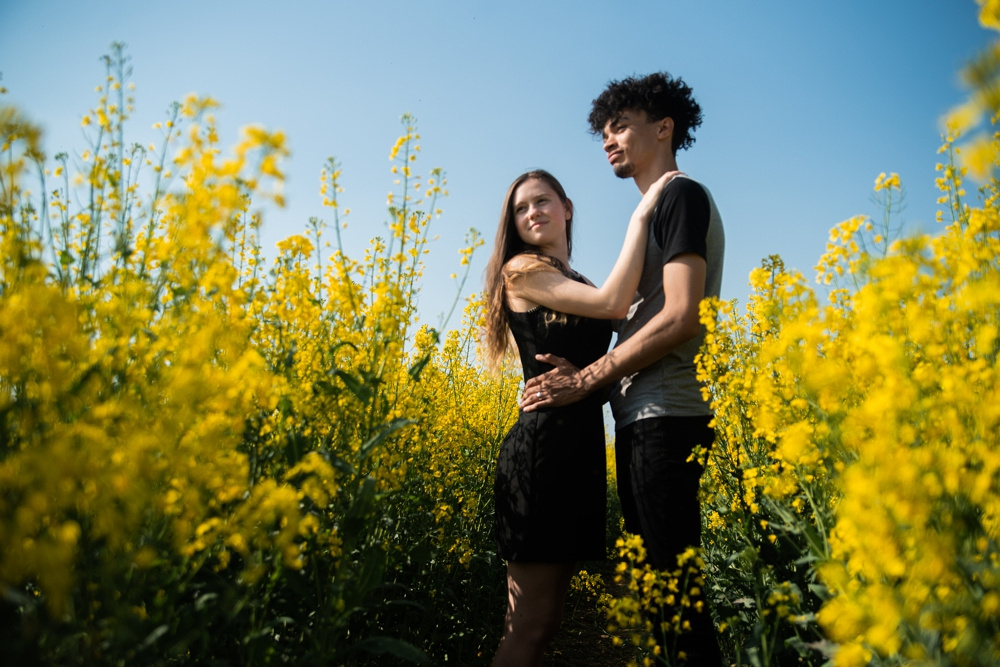 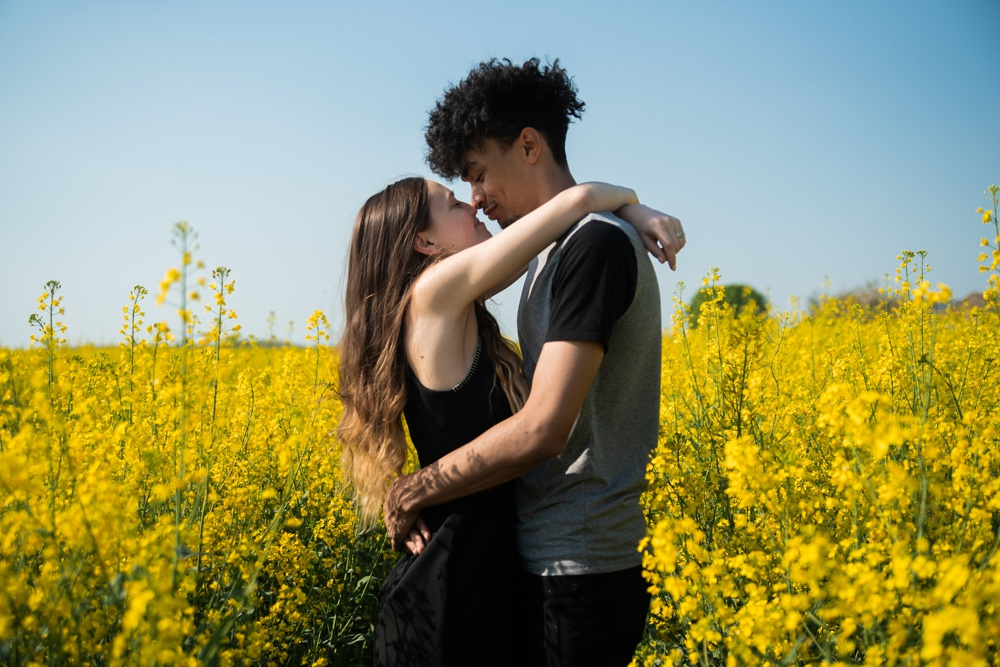 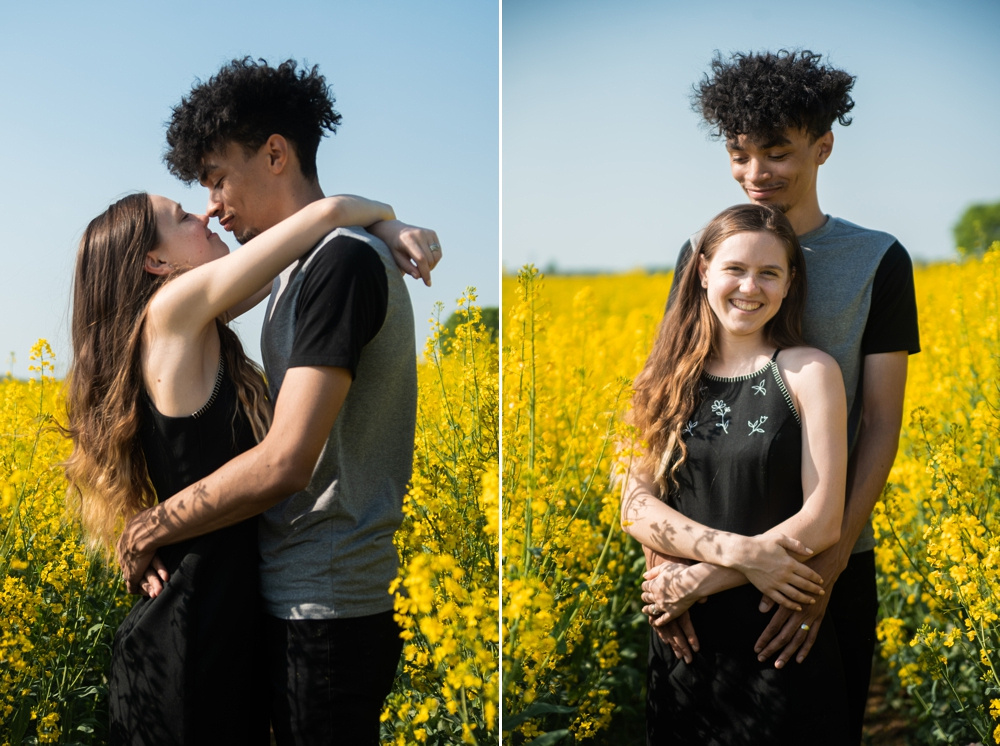 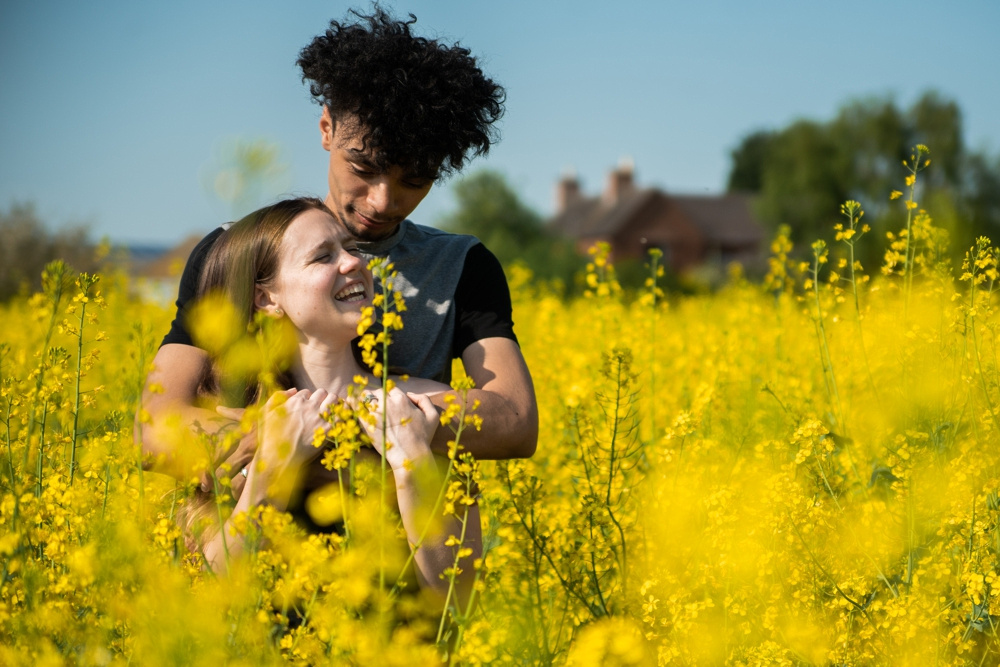 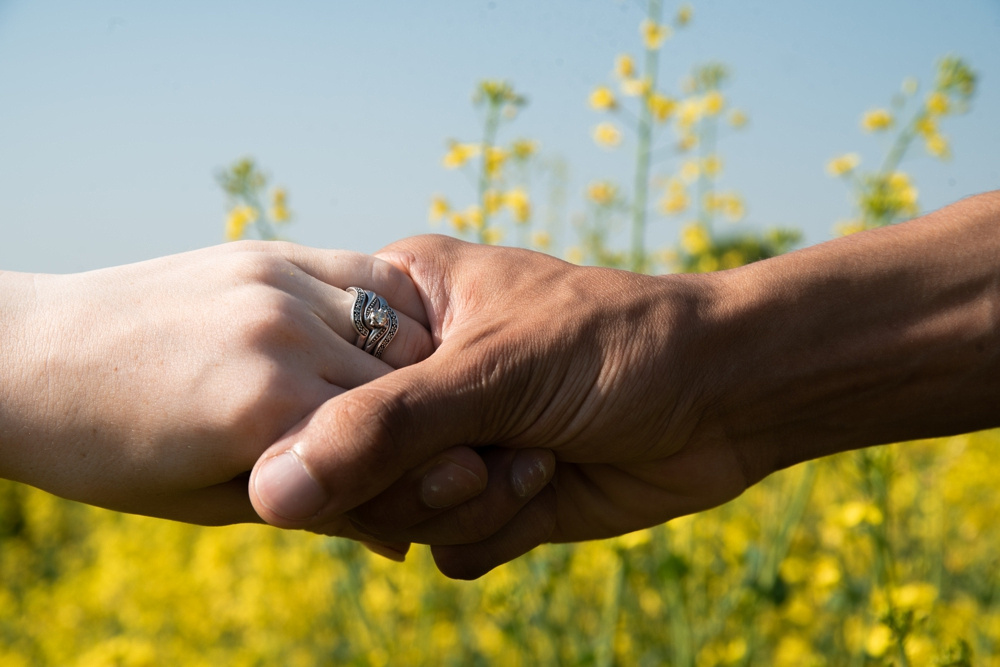