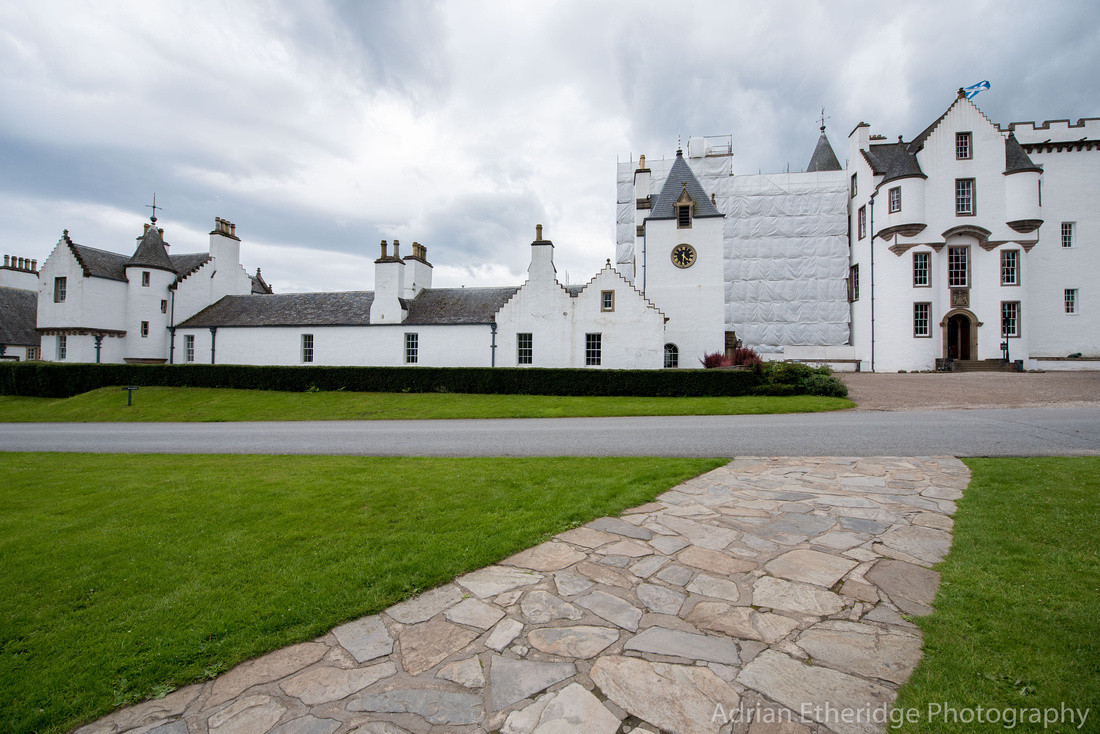 I was quite obviously tired last night and left off a few color commentary bits that I meant to add. In particular, one of the most entertaining parts of yesterday, for me, was the beginning of the drive towards Inverness, although I think I may be the only one sharing in this sentiment. I was sitting in the back, so although I felt every bump and twist and turn, I did not have to even attempt to navigate or drive, which suited me just fine. I got to simply sit back and enjoy the scenery with some background slapslick comedy navigating; too many maps in the car has the same results as too many cooks in the kitchen. In particular, probably my favorite moment was when one of the directors read out a sign for “Dingwall” and my uncle who was driving yelled “You’re a dingwall! in slight hysteria while going around a round-about.

Today we left Craigellachie with the intention of going to Castle Lee, owned by a colleague of my grandfather, but we didn’t quite make it there. Poor Lucy looked the worse for wear this morning and chance brought us to a quaint little town where we stopped to get gas, and then lunch, and then rooms for the night. Serendipity has a way of cropping up in the most unfortunate of places and though today did not go according to plan and I’m sure Lucy would have preferred to be her energetic self (as would we all), the rest of us did get the chance to enjoy some fabulous meals in the lodge restaurant and an enjoyable walk in along the ground of the local Blair Castle. This seems to be a trend on this trip. Had I actually had my luggage with me, I'm not entirely sure we would have been able to sit it in the car. I also wouldn't have gotten any super cute replacement shoes.

Upon first entry, the lodge restaurant aesthetic looked "comfortable with a side of kitsch" – plaid carpet from wall to wall, animal heads on the walls, and lovely padded booths with pillows – but apparently it smelled a bit funny (though I can’t smell a thing right now.) As one person put it, it looks and smells like all people do here is drink beer and pee (it is a bar after all!) And the reply? “Isn’t the human body just a receptacle for filtering beer?" I love my family.

Oddly, as we sat there waiting to order a Lady Antebellum song came on and while I love it, it didn’t entirely seem Scottish. In fact, a majority of the music I’ve heard here originated in America – or at least has been adopted as American. It is strange to think of the globalization of music, especially pop, and other countries who do not necessarily speak English enjoying what I would not deem particularly talent-filled music.

Foodwise, this Bruar establishment was a treat. I enjoyed a lovely housemade vegetable soup for lunch as well as some decent chicken liver. But the real deal was the lamb: a delicious lamb shank cooked in porter sauce. It’s hard to go wrong there. Also on the menu was a treacle pudding and Harry Potter die-hard that I am I simply had to try it. The first 5 or so bites were heaven, then after a while it got a bit sweet for even my enormous tooth. Nonetheless, still had to retrain myself from licking the plate.

The walk through the Hurculean Gardens was also enjoyable, but to be honest my favorite part was being chased by a swan while trying to take her picture. Multiple times. Eventually, I sat there long enough not moving that she left me snap away. In fact, the entire pond area was filled with birds. I briefly because a mother duck with a cute little heard following behind me as I tried to photography another group in the middle of the lily pads. The whole area was willed with caws and cackles from the gulls circling overhead, and sometimes not even that far up as one flew two inches from my face! They seemed to be protecting two baby seagulls that were just learning how to swim. Looking at the images, there is a distinct animal theme throughout today – most of the animals still living with the last one quite, quite dead. The cows turning to smile for the camera was a particularly serendipitous shot.

Tomorrow will be our last full day in Scotland and I will be rather sad to leave this beautiful, green country. Truly, if I could just bring my whole family with me I think I could live here forever. 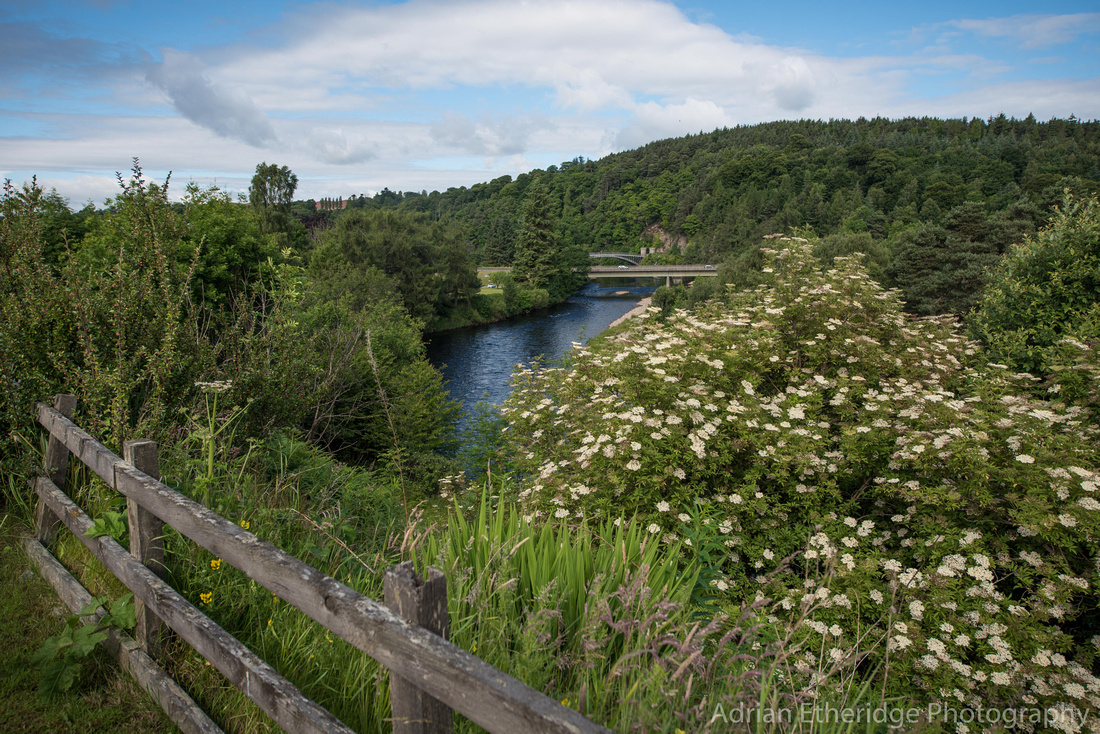 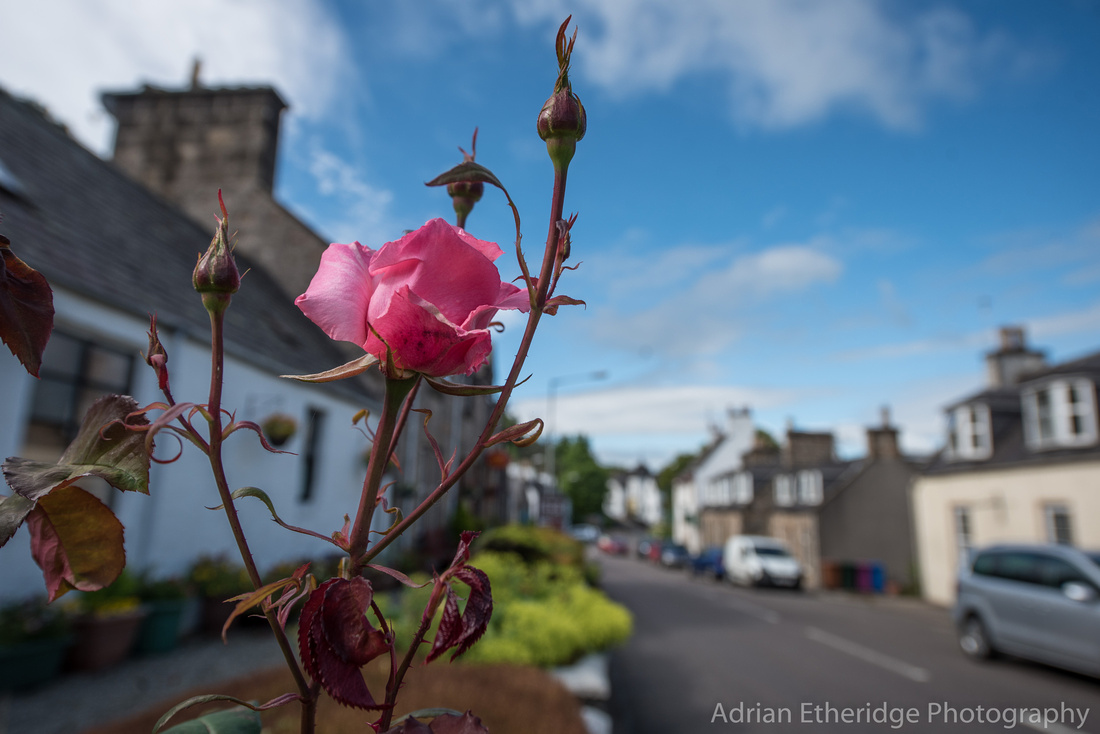 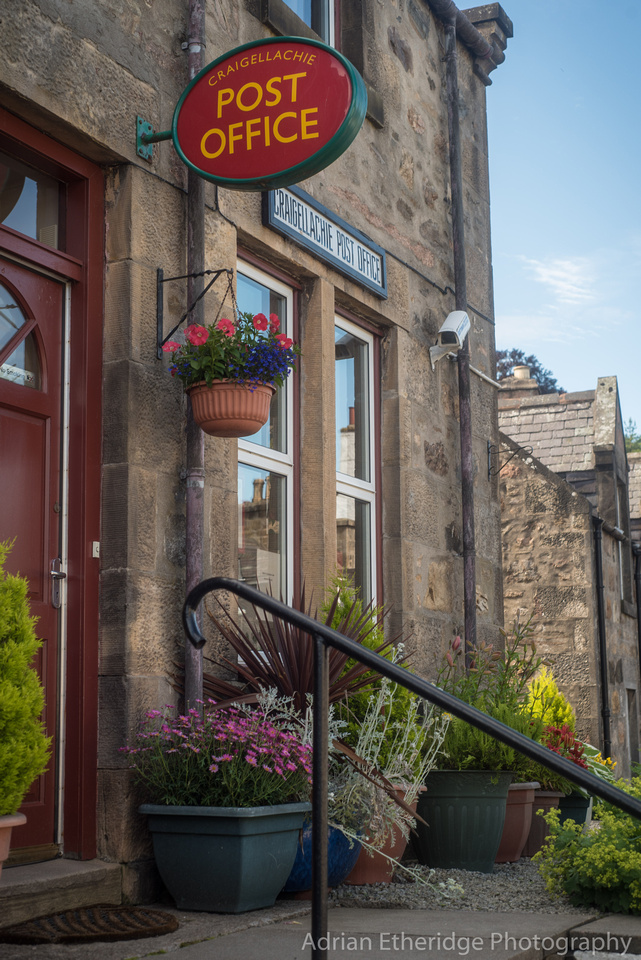 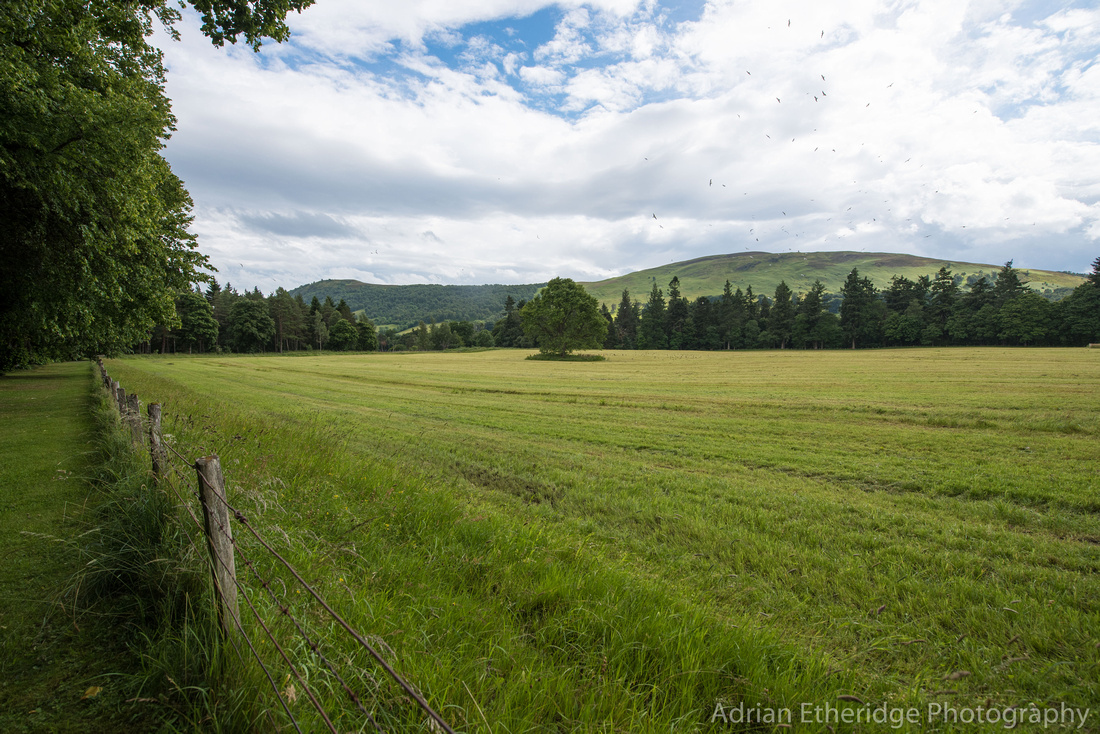 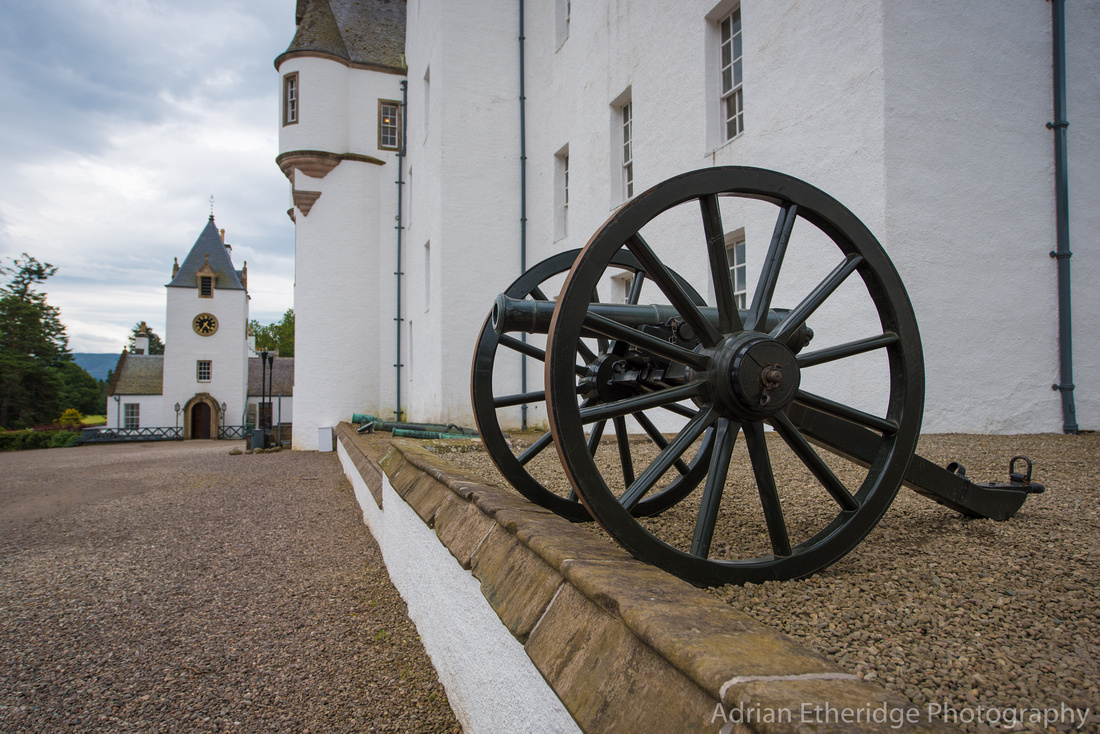 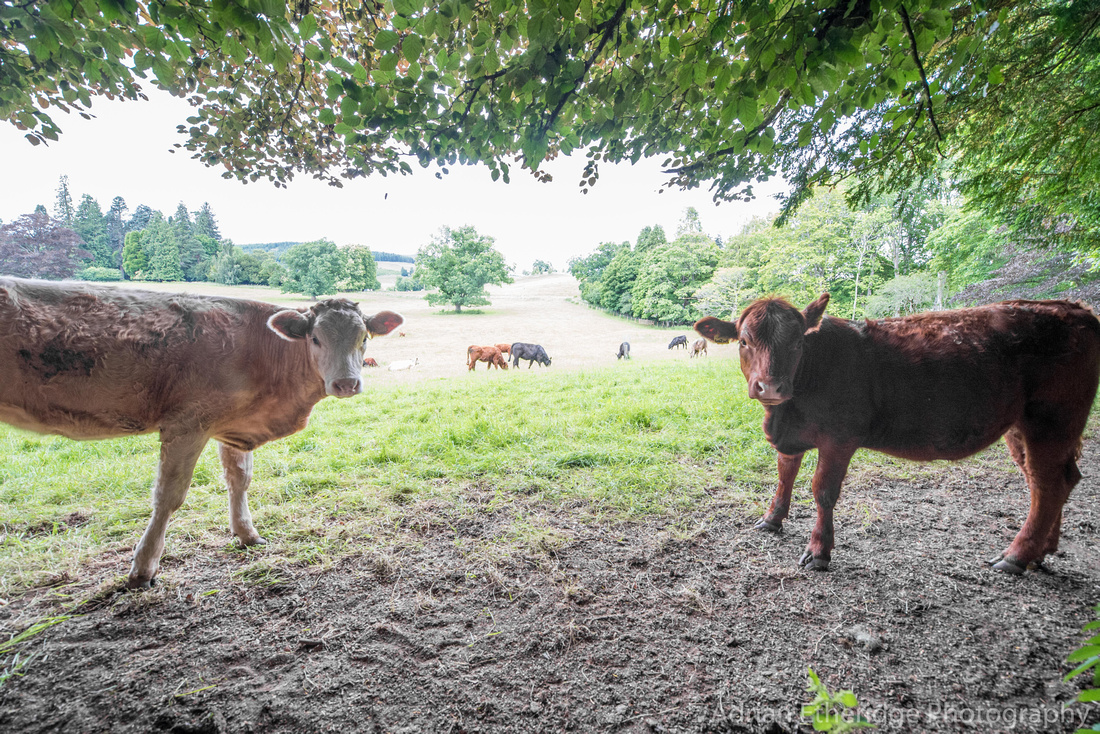 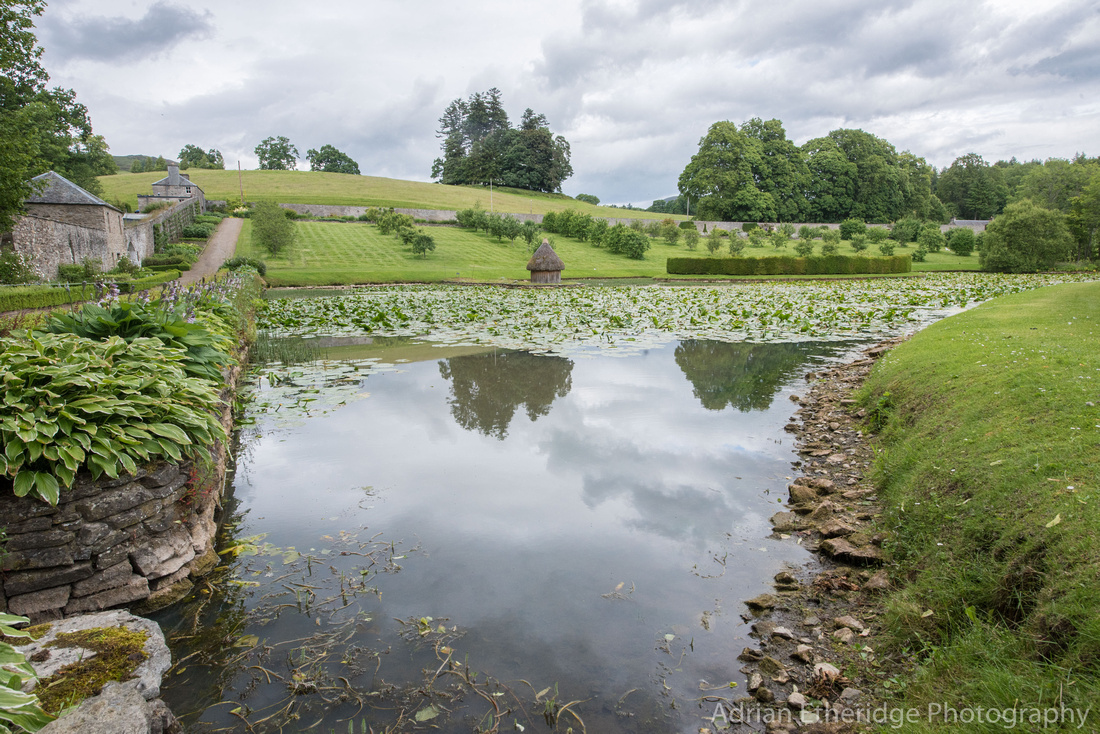 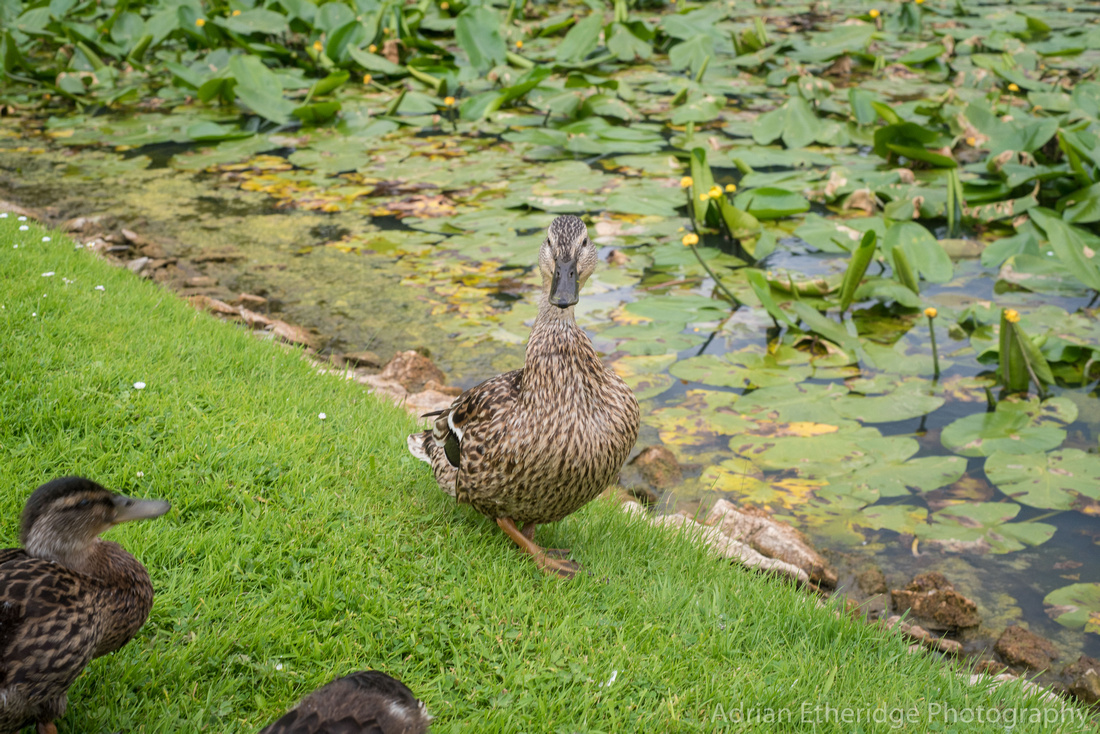 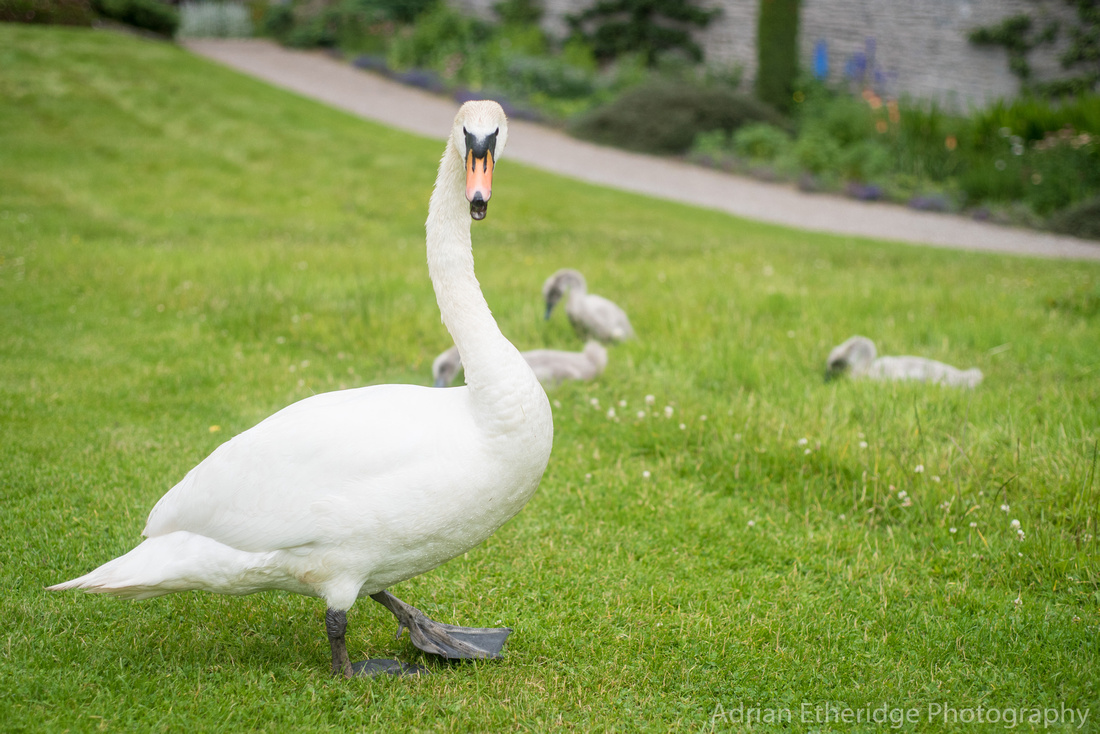 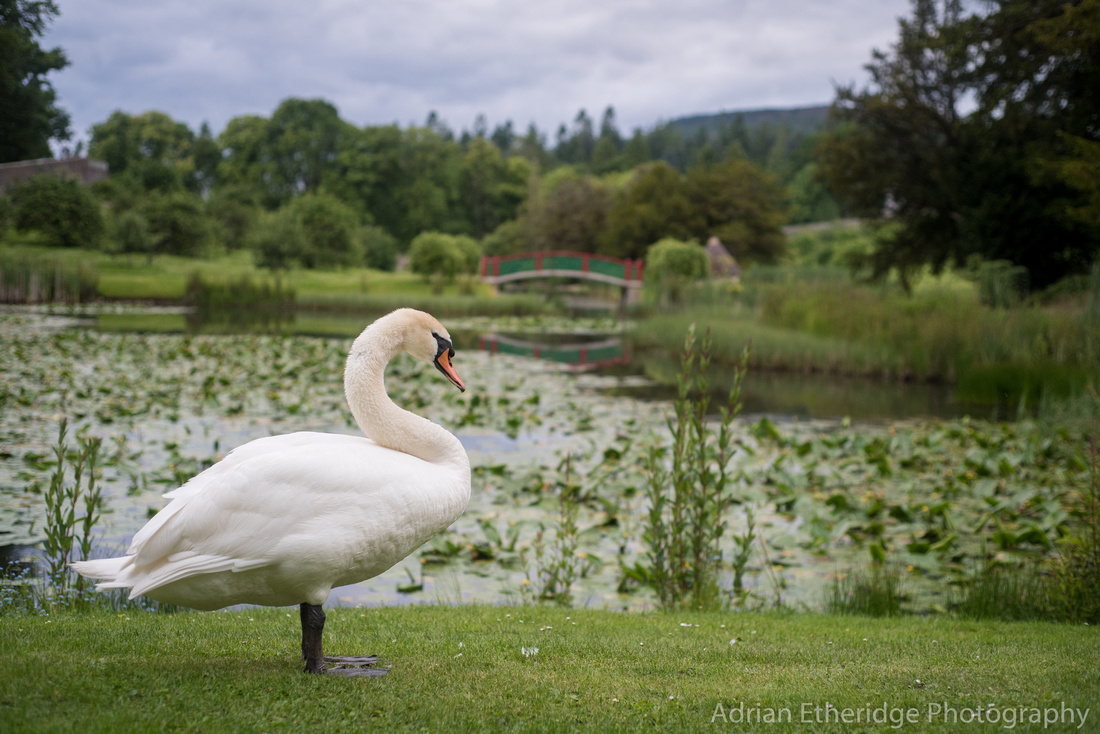 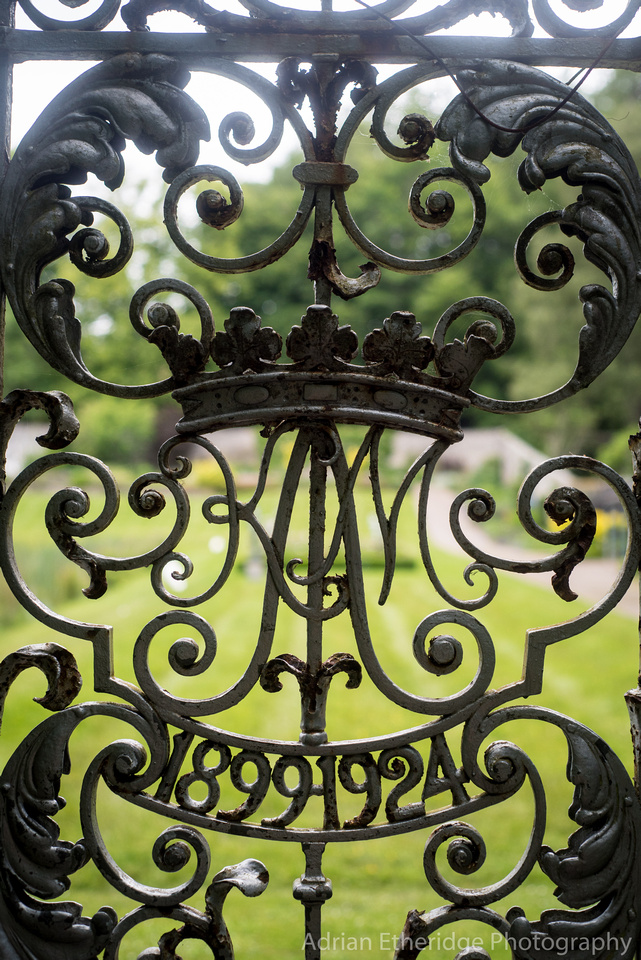 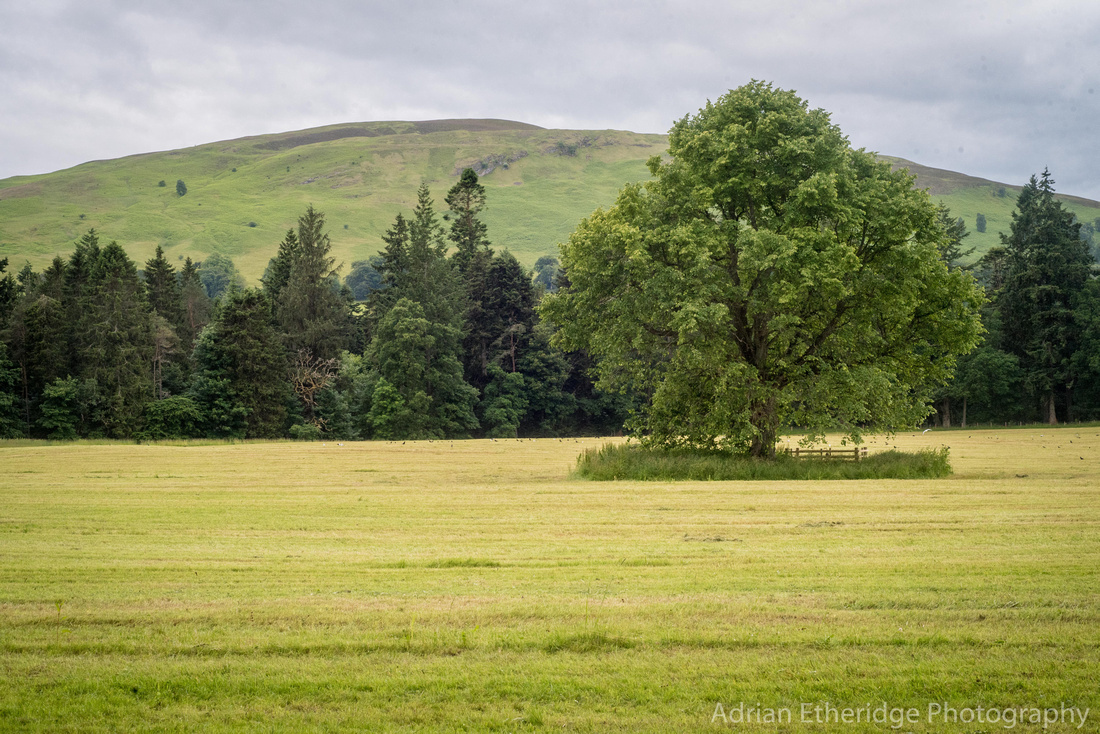 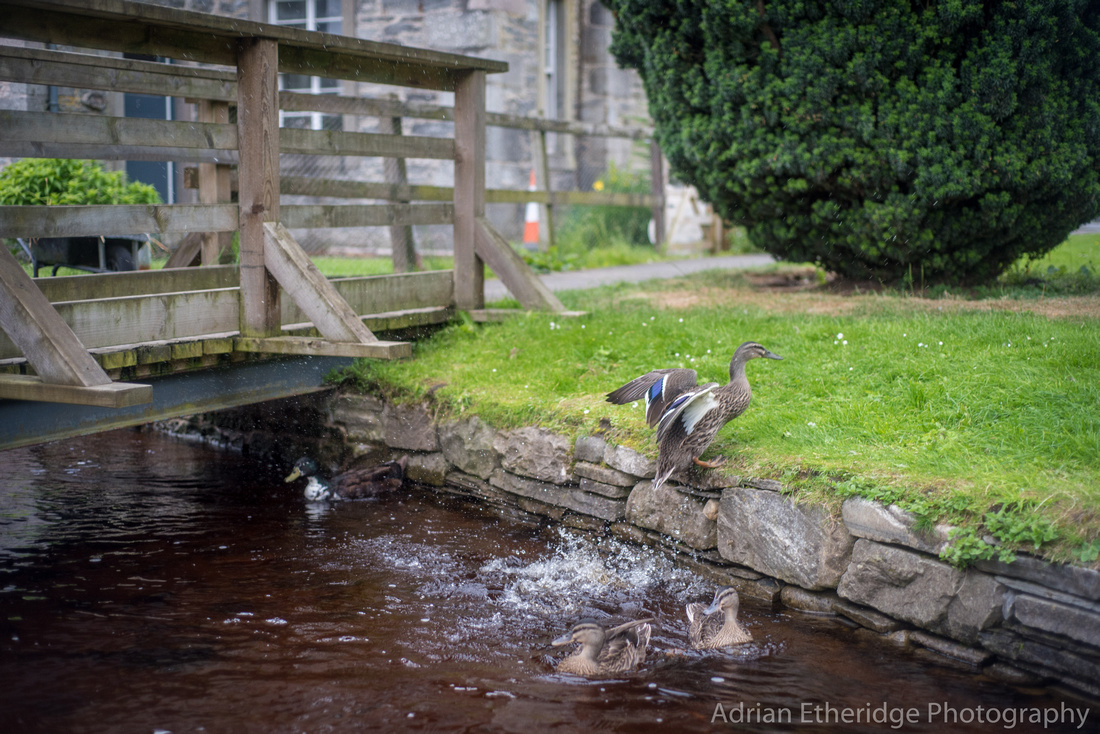 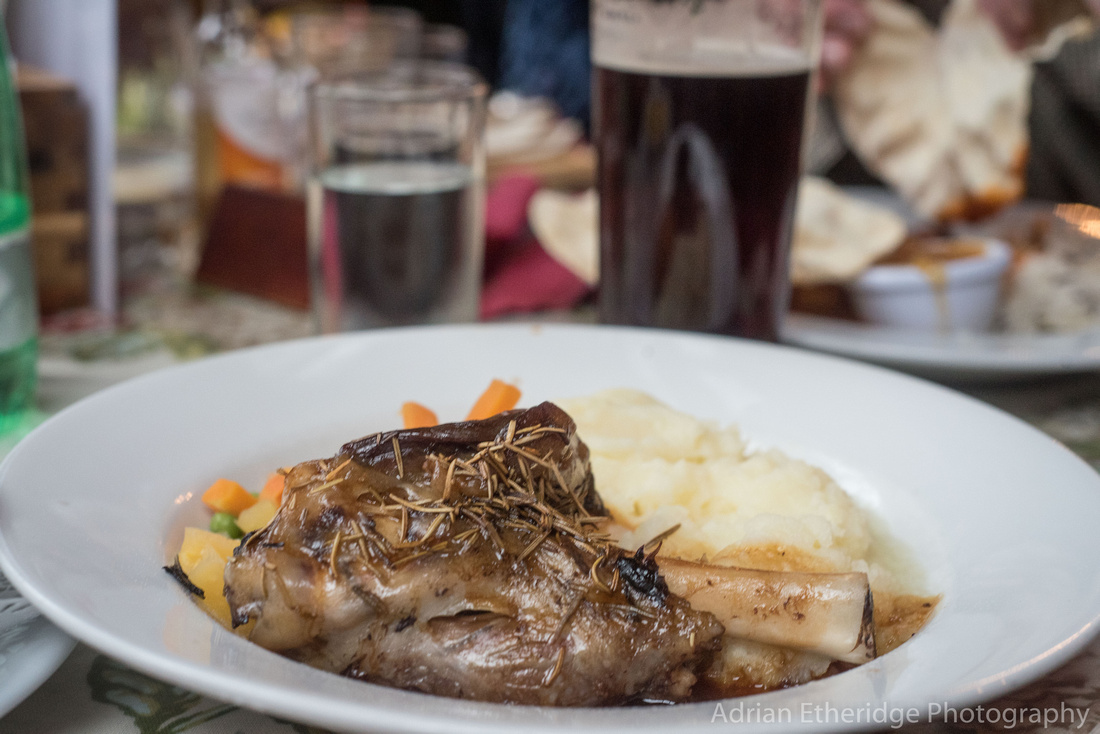