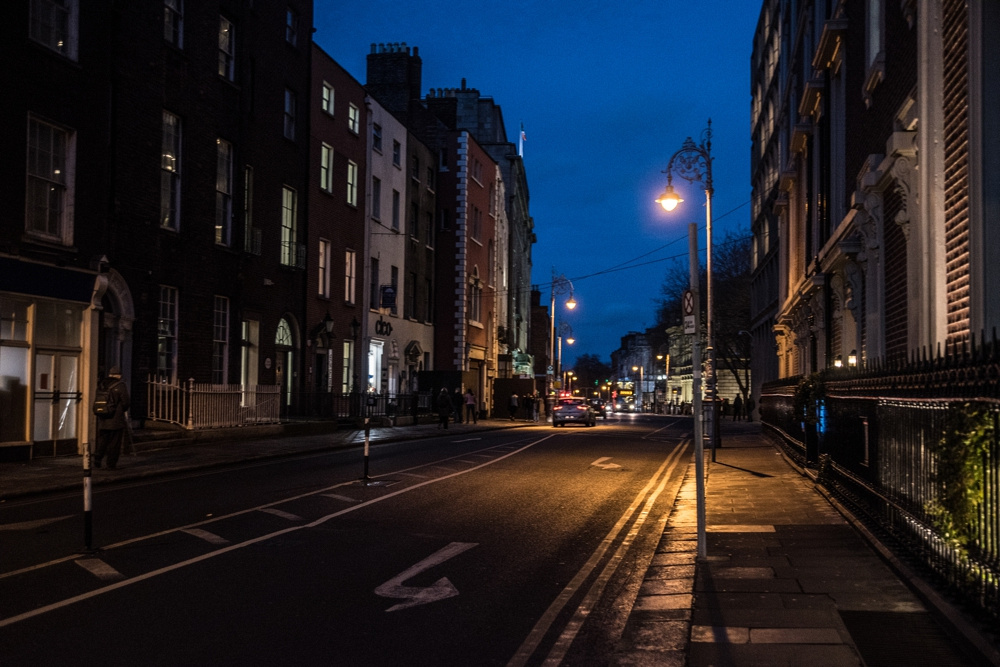 I slept like a rock the first night here, but ever since it's felt like I'm sleeping ON a rock. It took so long to fall asleep Monday night that I accidentally slept hours later than I meant to Tuesday morning and woke up at 11am. I didn't want to waste any more of the day, so I went straight to breakfast grabbing a sausage roll and coffee from a cafe down the street. I'd initially planned to eat there but on this busy morning there were no tables, so I got food as takeaway and started walking back to the hotel, resigning myself to eat in the lobby. Happenstance intervened, and I walked by a cathedral right as my laden hands were about to drop my phone and food, so I quickly dashed to the steps to readjust before continuing walking. But, then I took a bite of sausage roll. And another. The food was so delicious and the steps and walkway so peaceful that I decided to simply enjoy my breakfast right then and there. 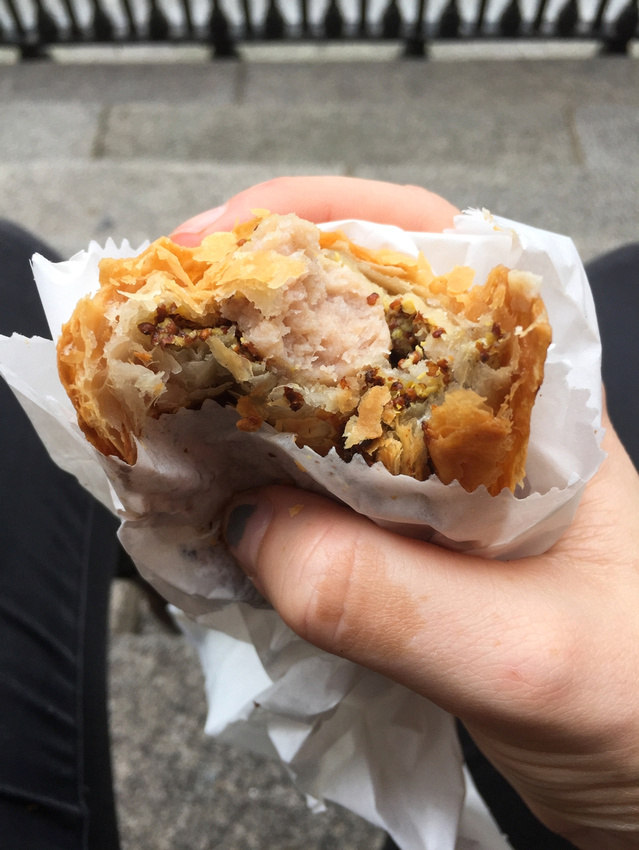 After a couple of non-stop days, we decided to spend yesterday exploring the National Museum of Ireland; learning of the country while getting a bit of a rest. We still walked 6 miles so I'm not sure about the "rest" part, but I did learn quite a bit.

For obvious reasons, my favorite museums are always the art museums, so we began at the National Gallery. To start, I was surprised by the wealth of European art there, spanning the medieval era through the mid-1900s. As an art student, I've spent years studying Medieval and Renaissance art so I can honestly say that I was a bit underwhelmed by these (as I was in the Louvre... I'm not a snob, I just know what I like!) but I was there to see the Irish art anyways. And in these, I was far from disappointed. 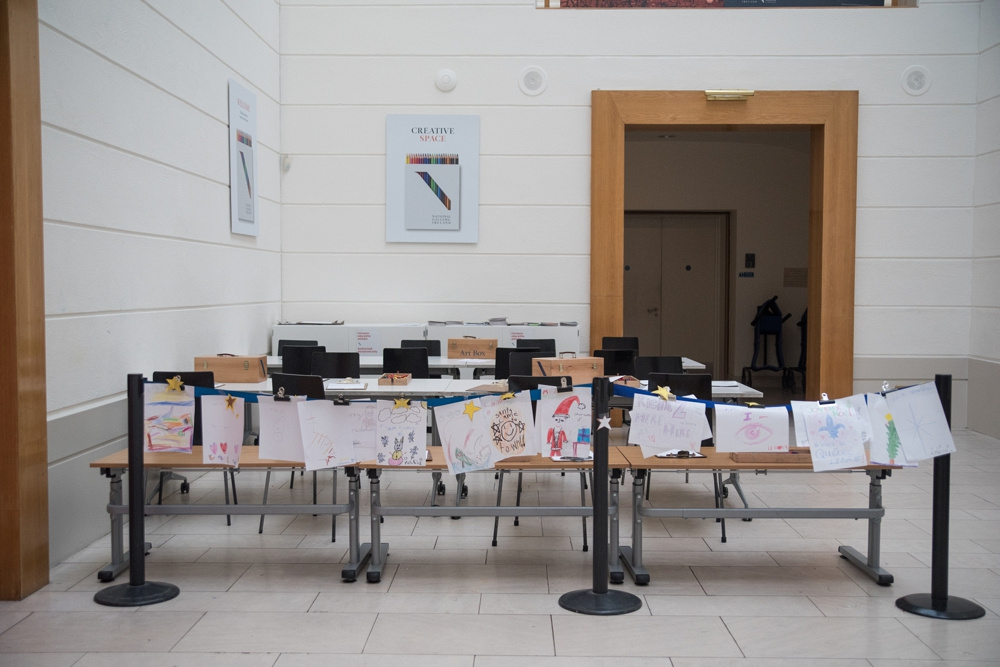 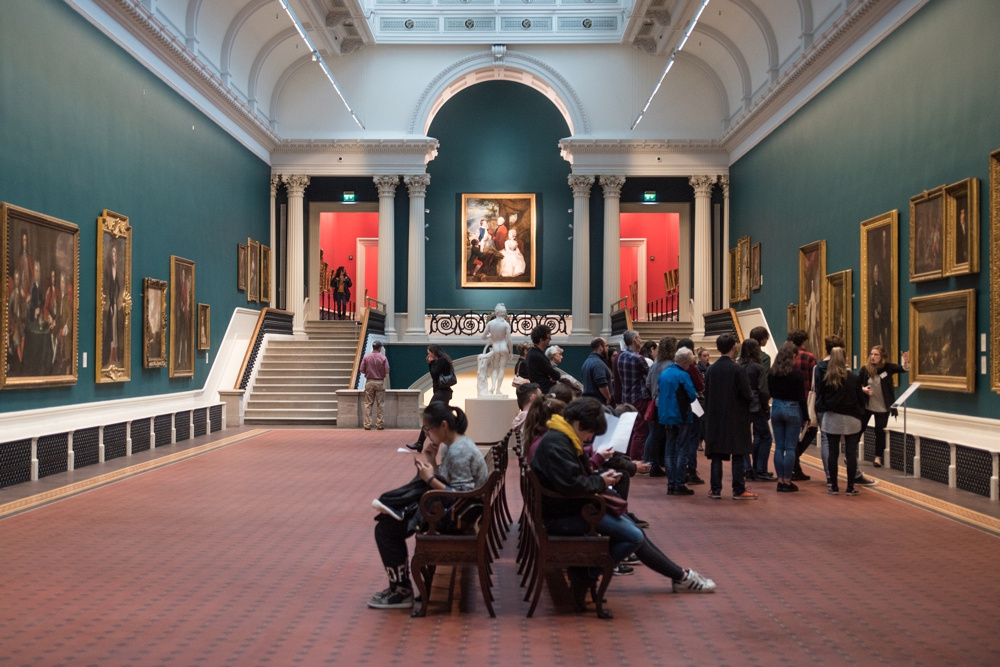 In fact, as I was quietly perusing the Irish Art 1600-1835 gallery, enjoying the many drawings and paintings depicting everyday life, I immediately became transfixed by a green and yellow portrait of a woman holding a sun shade. So much like a snapshot, this oil piece was unlike any other museum work I'd seen in my life, not least because of the color. I've always been drawn to vibrant, happy hues but usually lean towards the warmer side of the spectrum and their blue contrasting counterparts. But this piece by William Leech, to me, exuded the essence of that Irish green in a most pleasing way, while balanced nicely with the yellow tint. I loved the color play between the two main hues as they wove in and out of each other: the yellow sun streaming through the green umbrella, which cast a green tint on her sun-soaked fact and lemon-colored sweater, and even layered into the background through the same-colored plants. The deep burgundy tints in her hat, hands and shadows adds a beautiful moody tone to the piece to accentuate the model's sophistication.

But, while the color drew me in, the posing and composition kept me mesmerized. The lines and angles keep the eye continually moving around, discovering new clues to her character piece by piece even as she remains aloof. I often look to art history to inform my own photographic decisions and this painting has quickly become a top inspiration.

Funny enough, when I'd torn myself away and walked to the next gallery, I was again drawn to a similarly-colored and -composed image, only to realize that it was by the same artist! I happened to see it just before a school tour walked in to discuss that very piece, so I enjoyed hearing the curator illuminate Leech's art, though I didn't agree with all of her critiques. A little note: I do not have my own photos of these pieces as they are still under copyright. 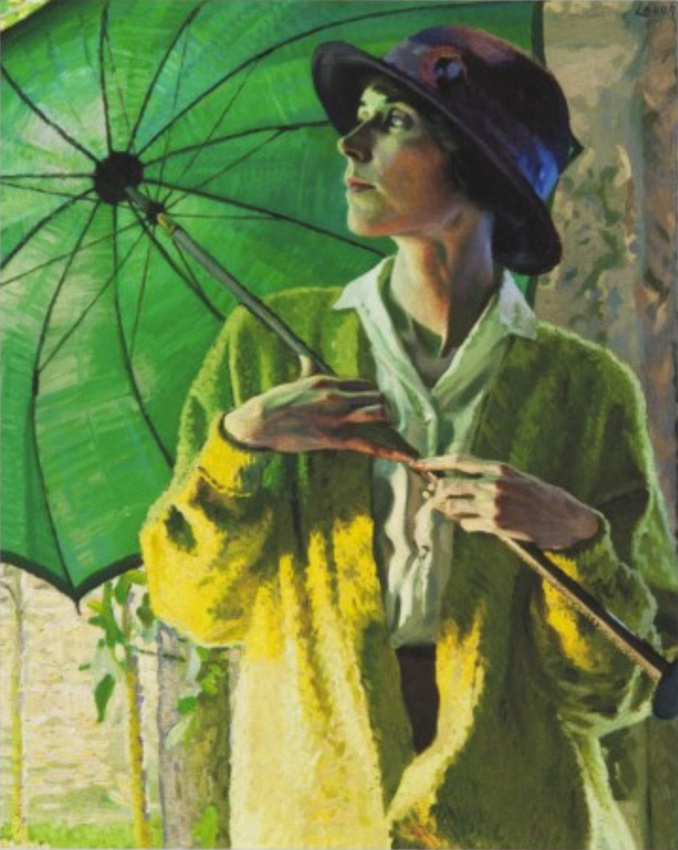 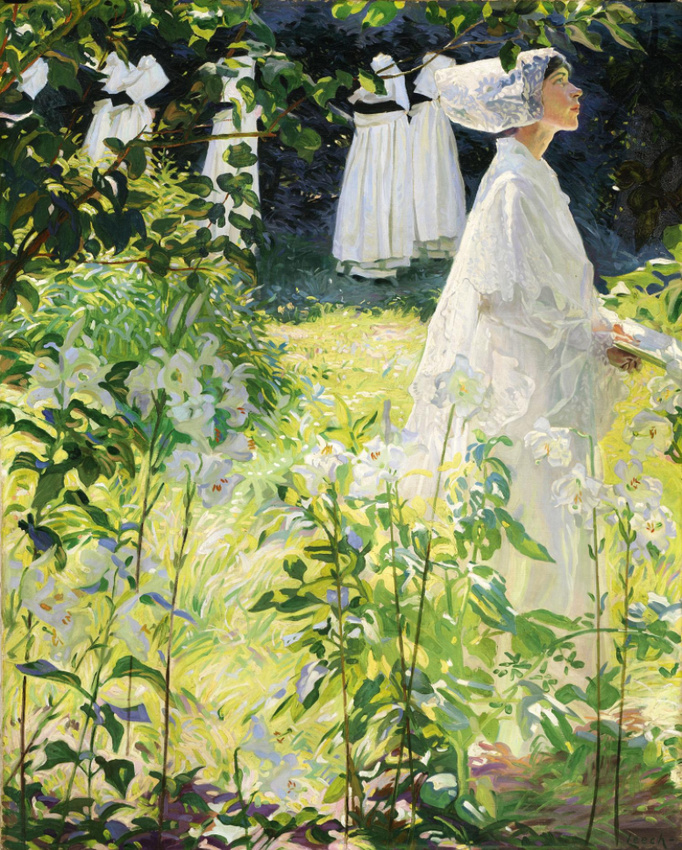 Once we'd overwhelmed ourselves with enough oil paintings, drawings and ceramics, we moved on to the Archeology museum, which proved astoundingly cool. The relics and tools were quite interesting - particularly paired with descriptions of their uses - but the Viking section was by far my favorite as it was a piece of history that I really knew nothing about previously, especially as it pertained to the places we've been while here.

I also discovered that the surname "Hogan" - one of our family names - was actually among the list of 100 or so Irish names dating back to the 11th century. I would ask my Dad-Dad (grandfather, and head Hogan of those that I know) if he knew that piece of our family history and how far back that lineage goes, but I'm fairly sure that I would get a tale more steeped in hyperbole and fiction than anything else! 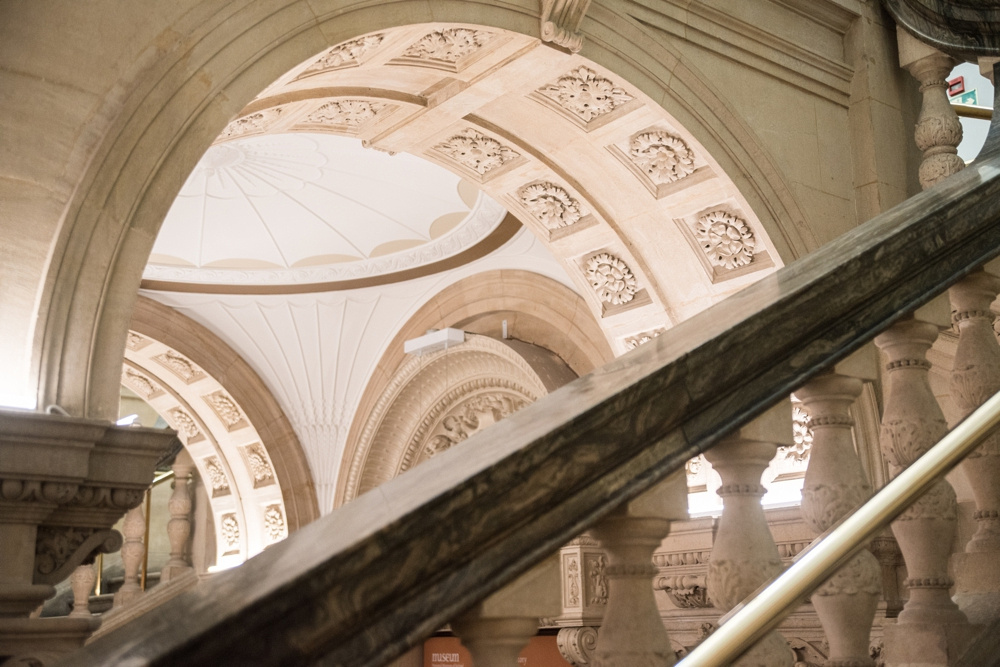 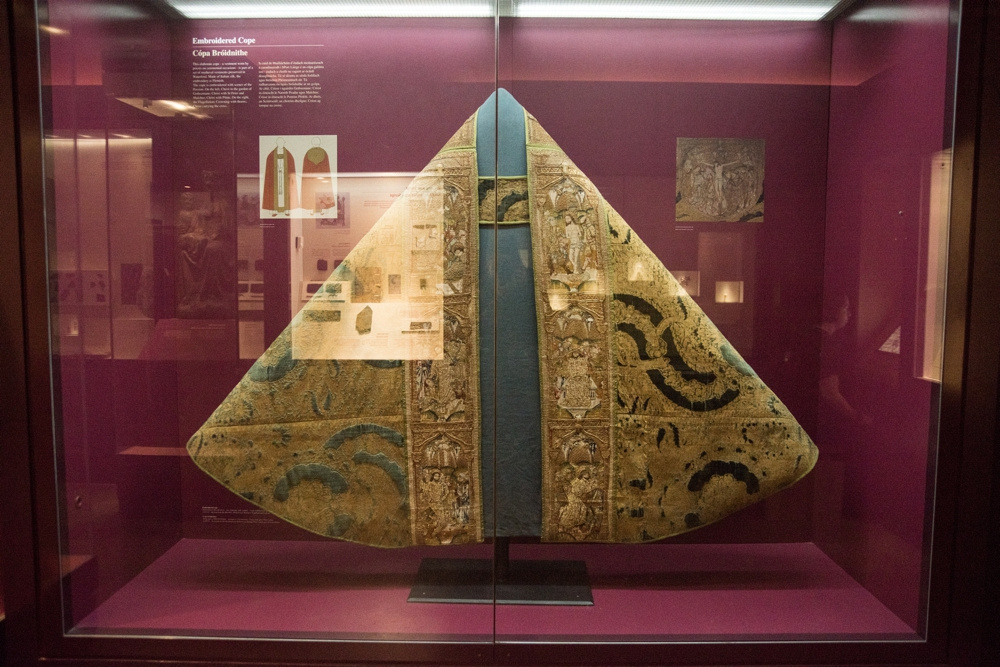 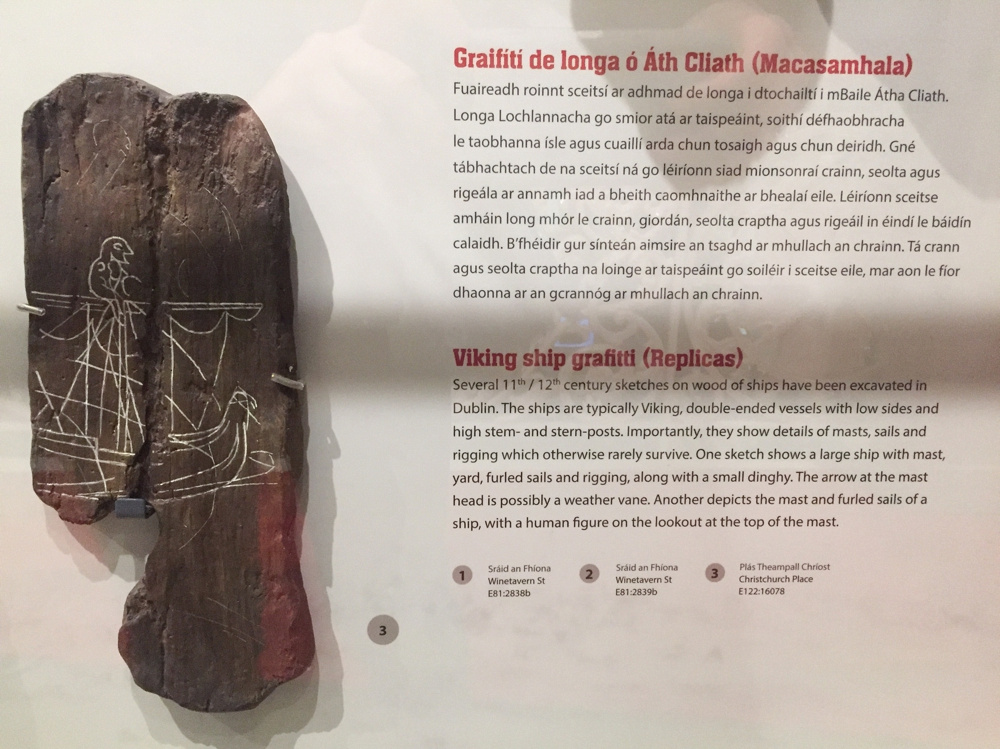 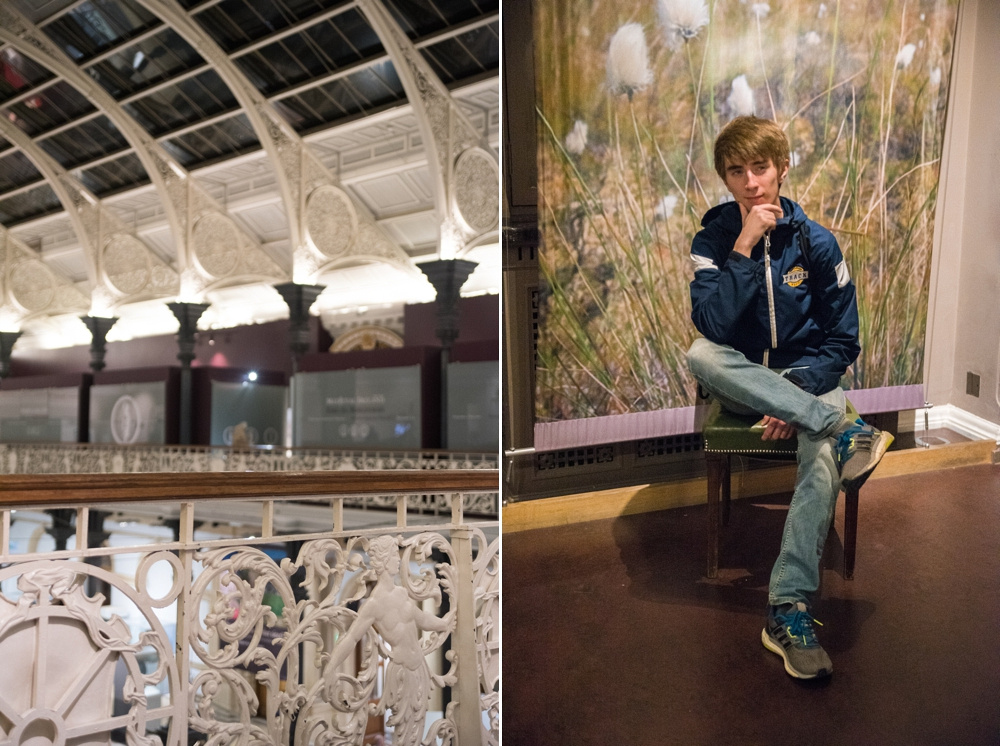 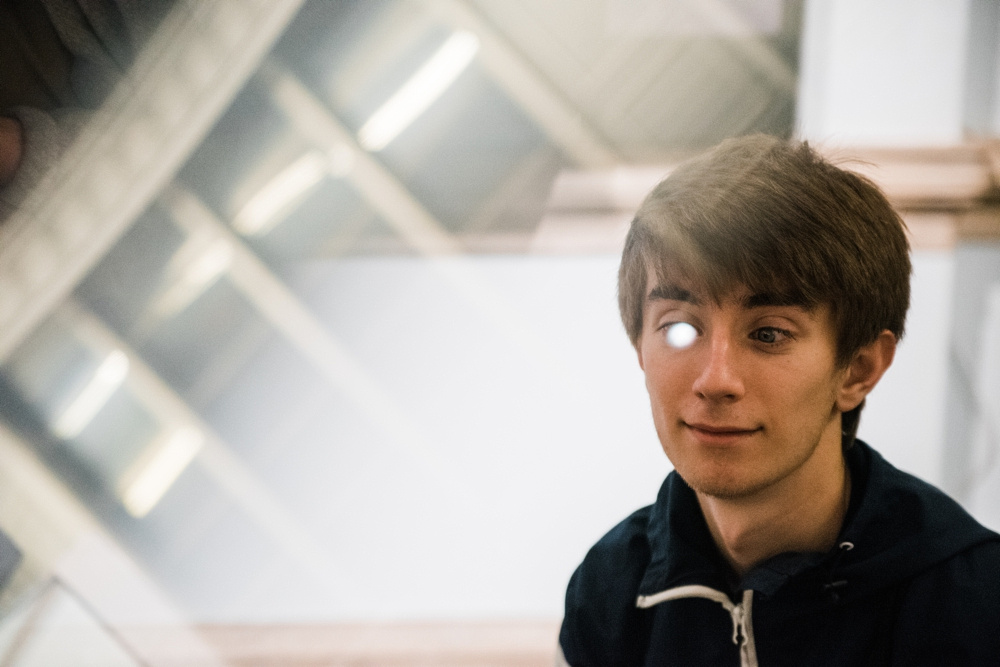 We saw preserved humans and animals alike as we ended our tour of the archeology museum exploring remains found in bogs and immediately headed to the Natural history Museum. When we were totally museumed-out, we began our walk back, stopping in a cafe so that I could get a raspberry and pistachio tart that I'd read reviews for online. It lived up to the reviews.

Apparently tired of meet and potatoes, Dad and Jake wanted Asian food for dinner so we walked down the street for a palette cleanser of Japanese. The meal was quite enjoyable, particularly with the second-story view of Connolly St. (the main thoroughfare), so we ended our day quite satisfied with our adventures. 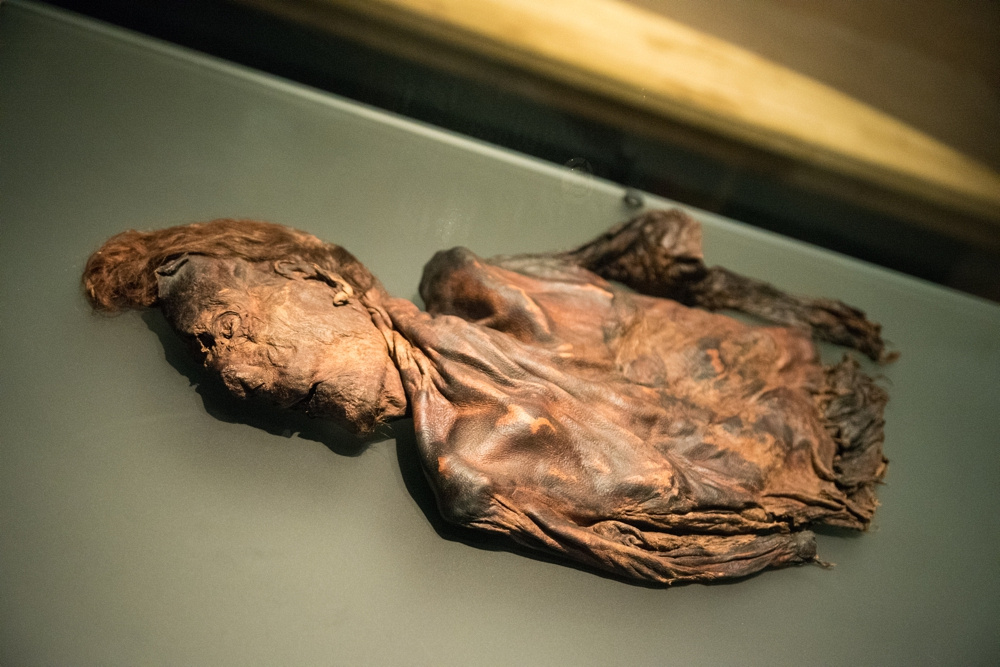 Remains of a man who was violently murdered during the Iron Age but preserved by the bog. 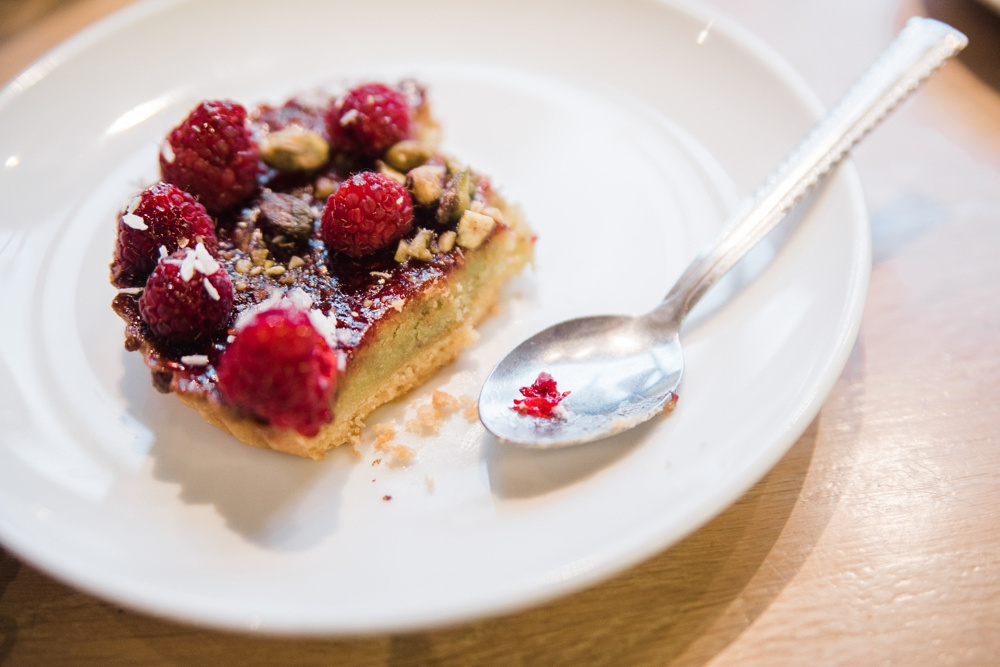 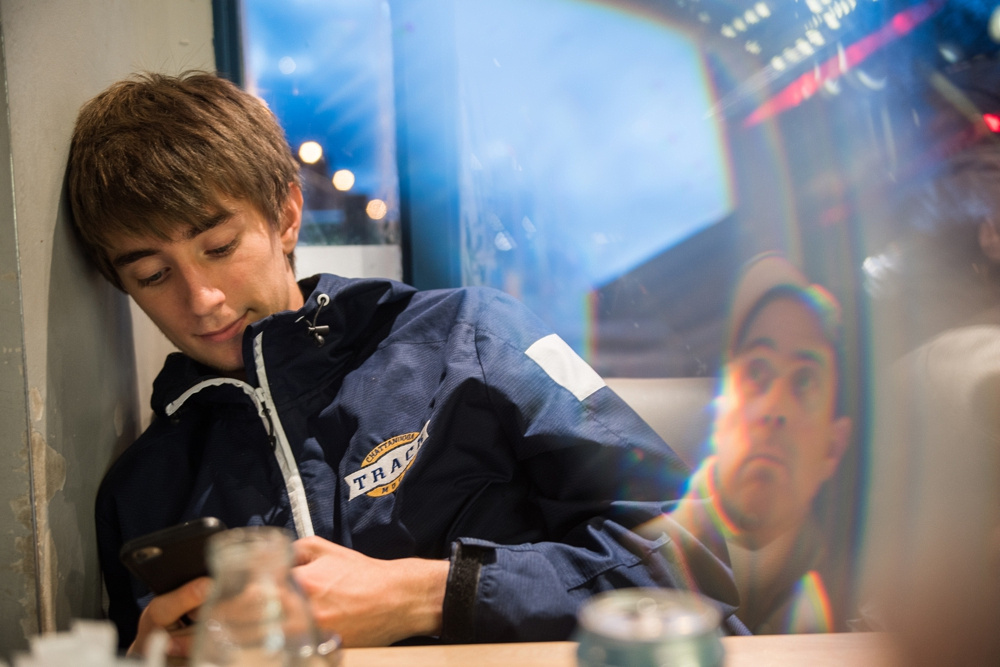 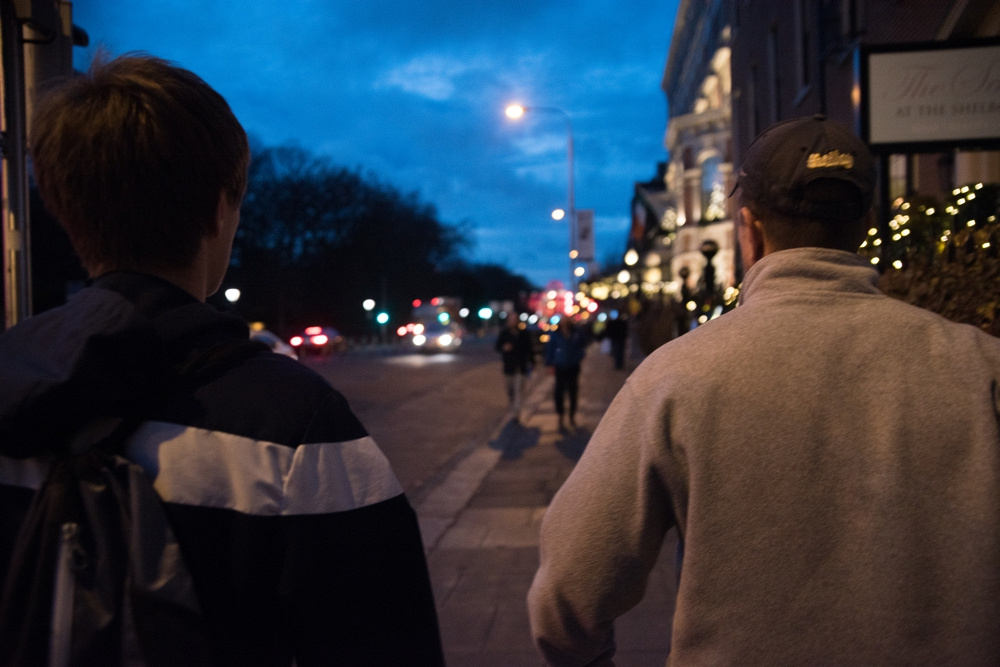 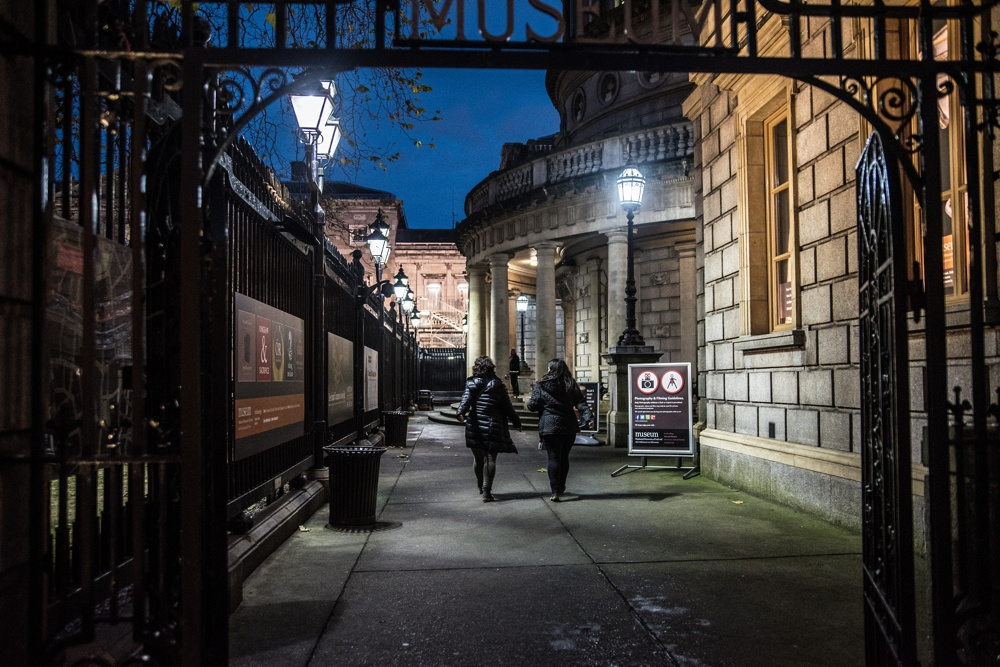 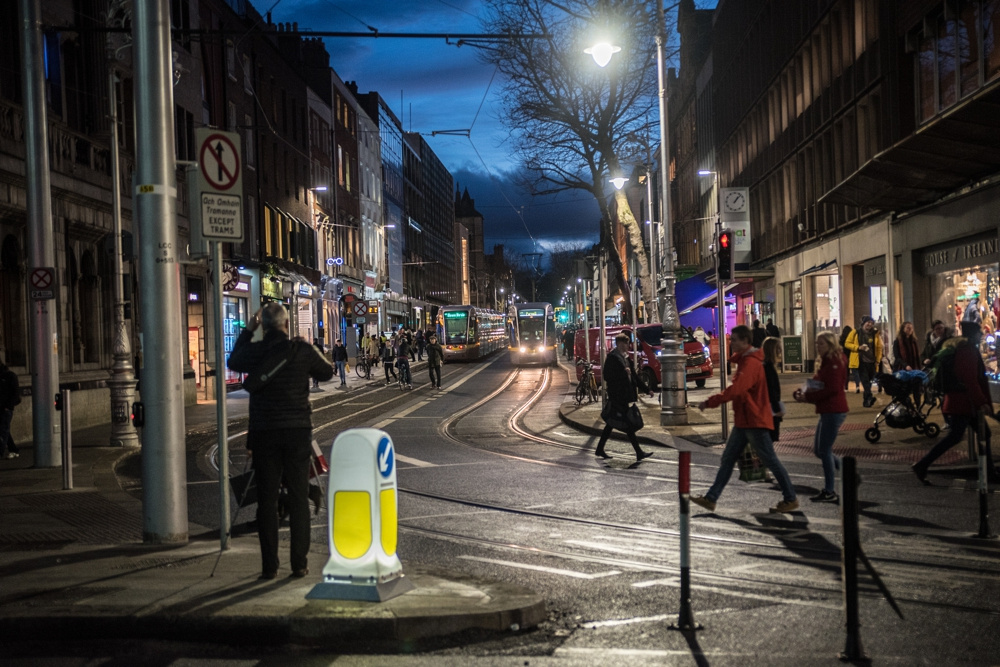 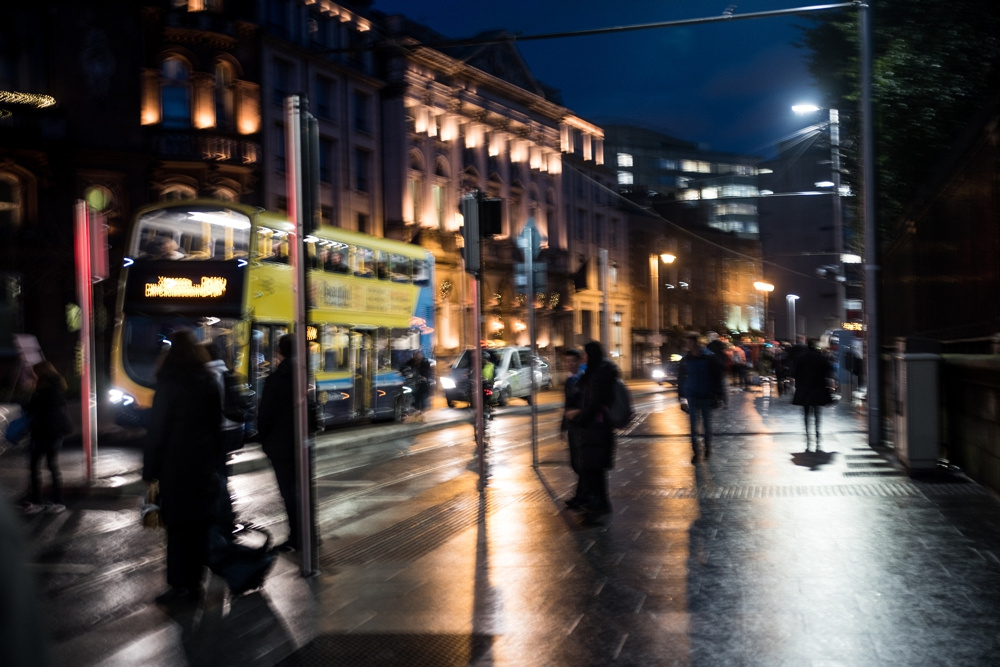 I was originally sad that this long-ish exposure that I snapped while walking was as blurry as it was, but upon a second look, I realized it looked like an Impressionist photograph, a brief colorful sketch of Dublin's nightlife. 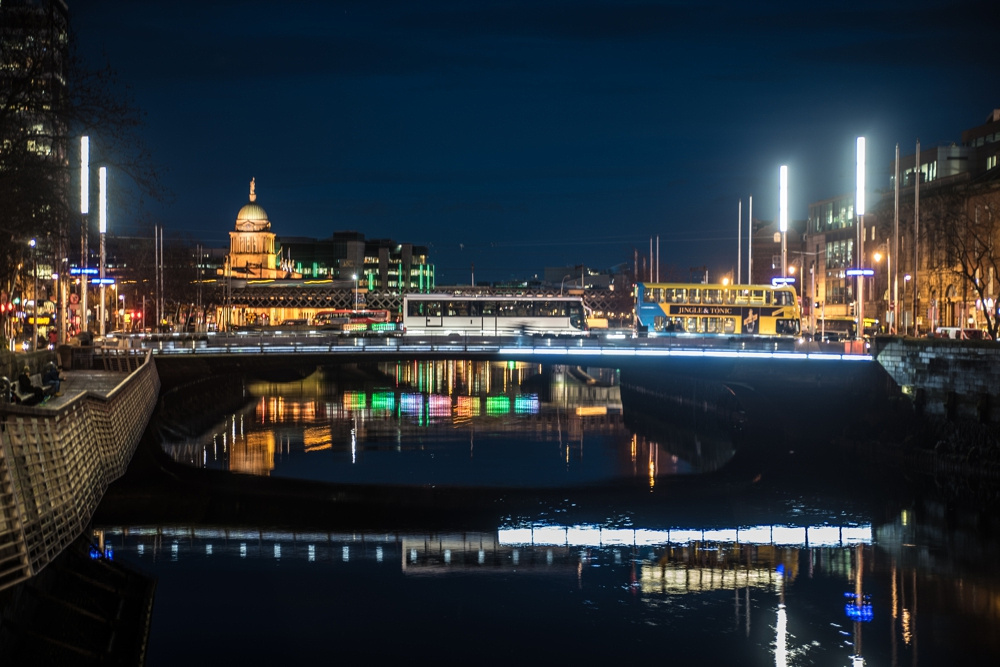