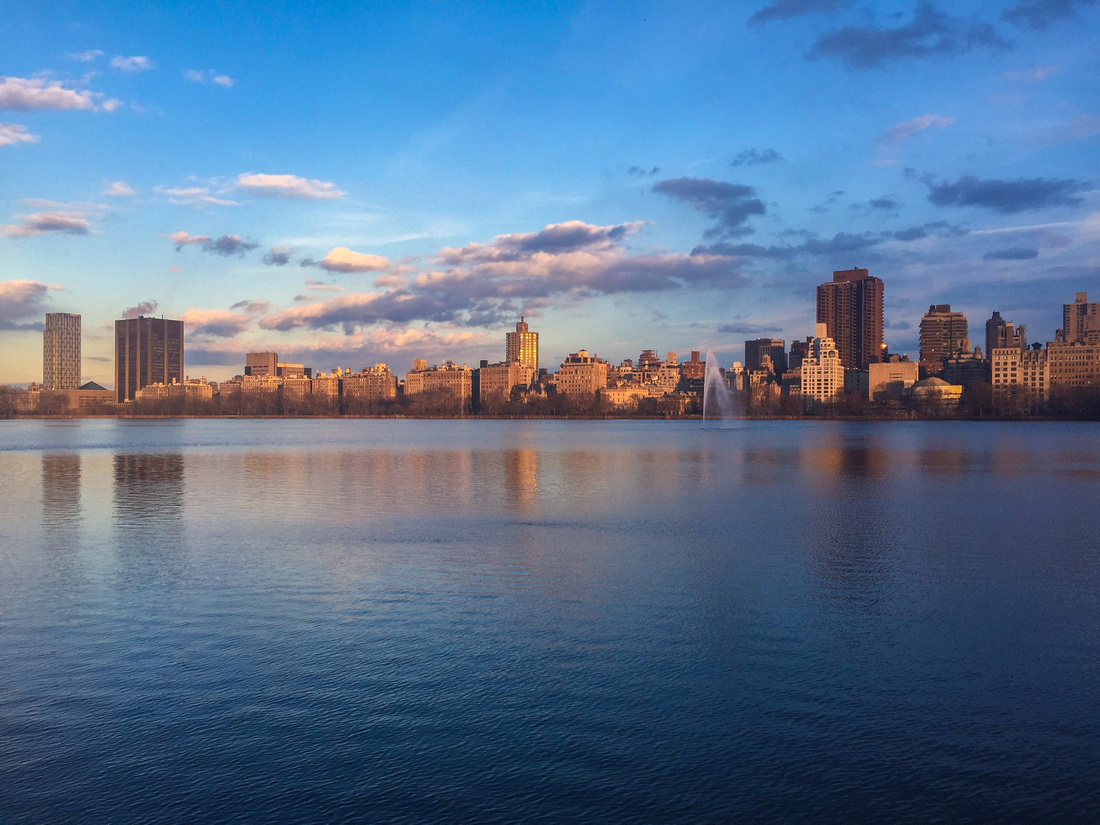 As a fervent believer in the "work hard, play hard" philosophy, I decided rather spur of the moment last month that it was time to take another trip as January was shaping up to be quite a busy month. Well, after making it through January, here I am in New York City! I awoke this morning at the lovely hour of 4 a.m. to catch my flight and in an unheard of  occurrence actually arrived early. As Dad's plane didn't land for another couple hours, I was able to catch up on some work before we hit the town.

We took the train from Newark into Manhattan which was cool in theory (I'm all for public transit) but slowly rattled and shook through the pitch darkness under the river; an incredibly claustrophobic experience. Because we had arrived so early, we couldn't check in to our hotel yet, so of course we killed time eating lunch. Nothing spectacular, just a deli attached to our hotel, but in our hunger it got the job done. Afterwards, we decided to walk around for a while just to explore heretofore unexplored streets and walked straight towards the Empire State Building.  As we walked, we chatted about traveling, food and fashion, noting that in a city such as NYC it would be hard to stick out because no matter what you do or wear, people are too busy to  look at you. But, ever the problem solver, Dad found a way: "Finally, a way to stick out in a sea of 7 million people, birkenstocks!" 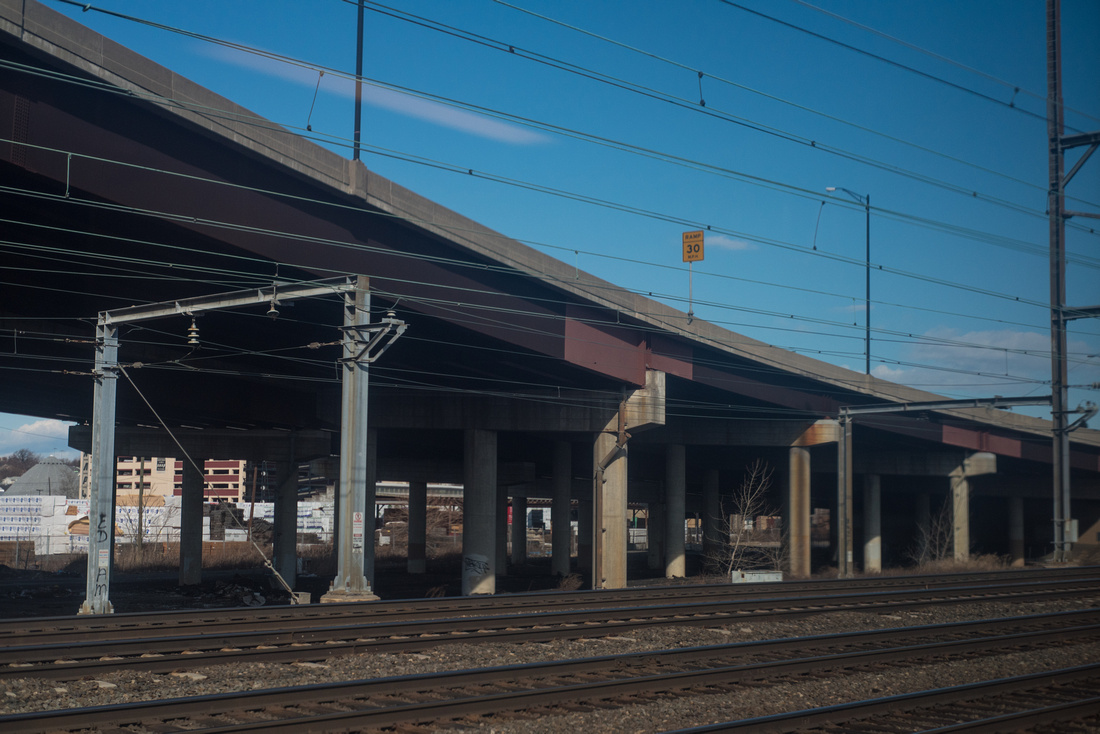 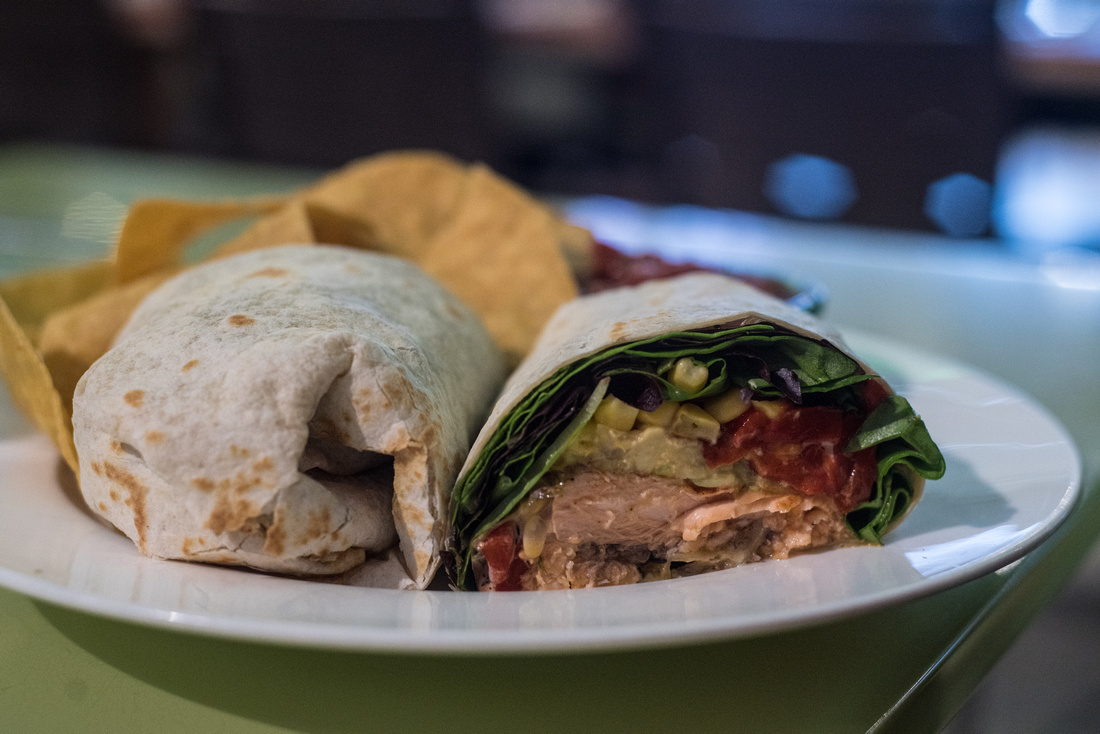 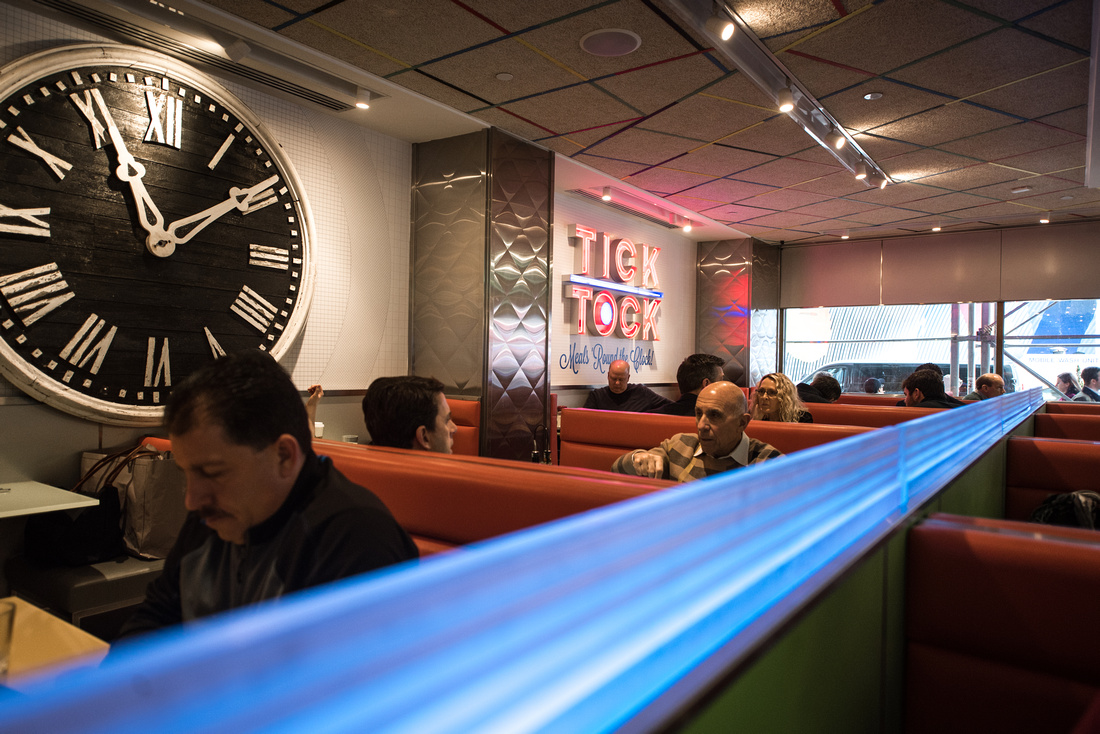 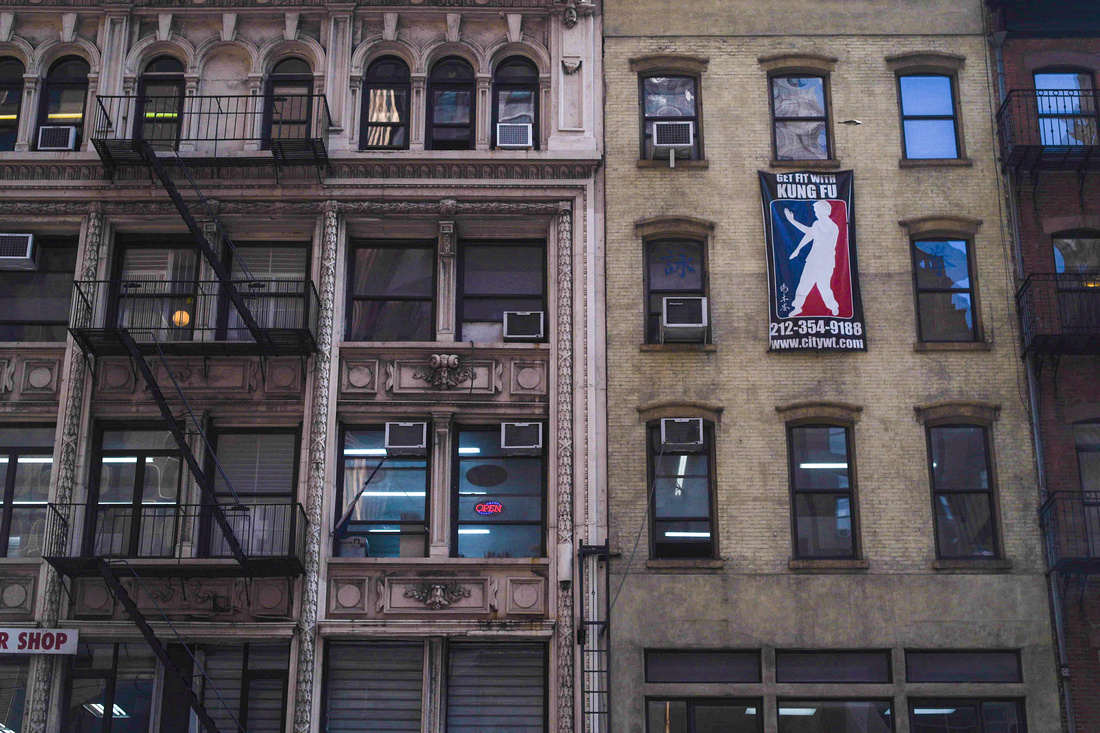 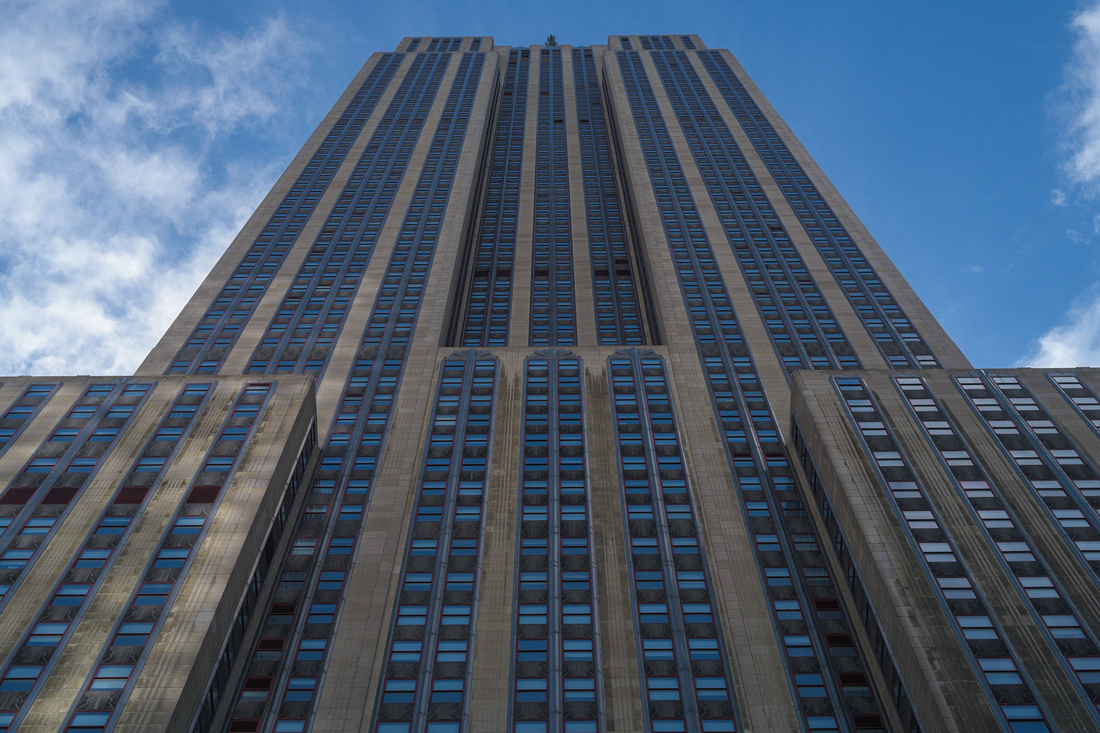 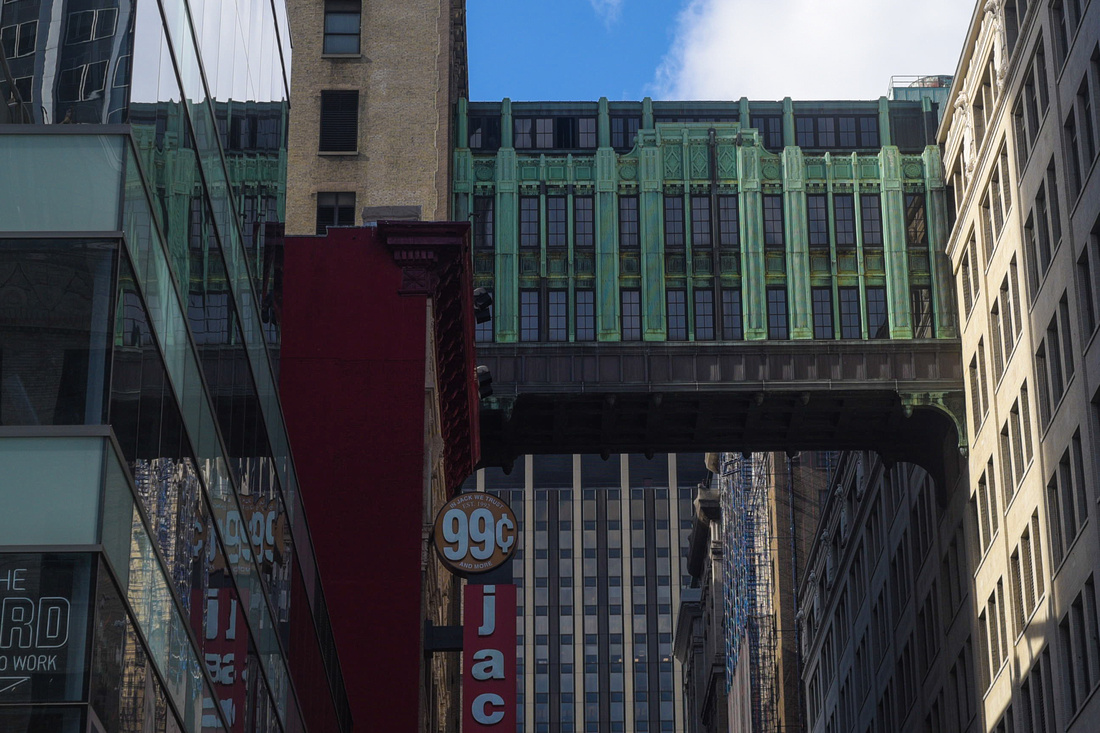 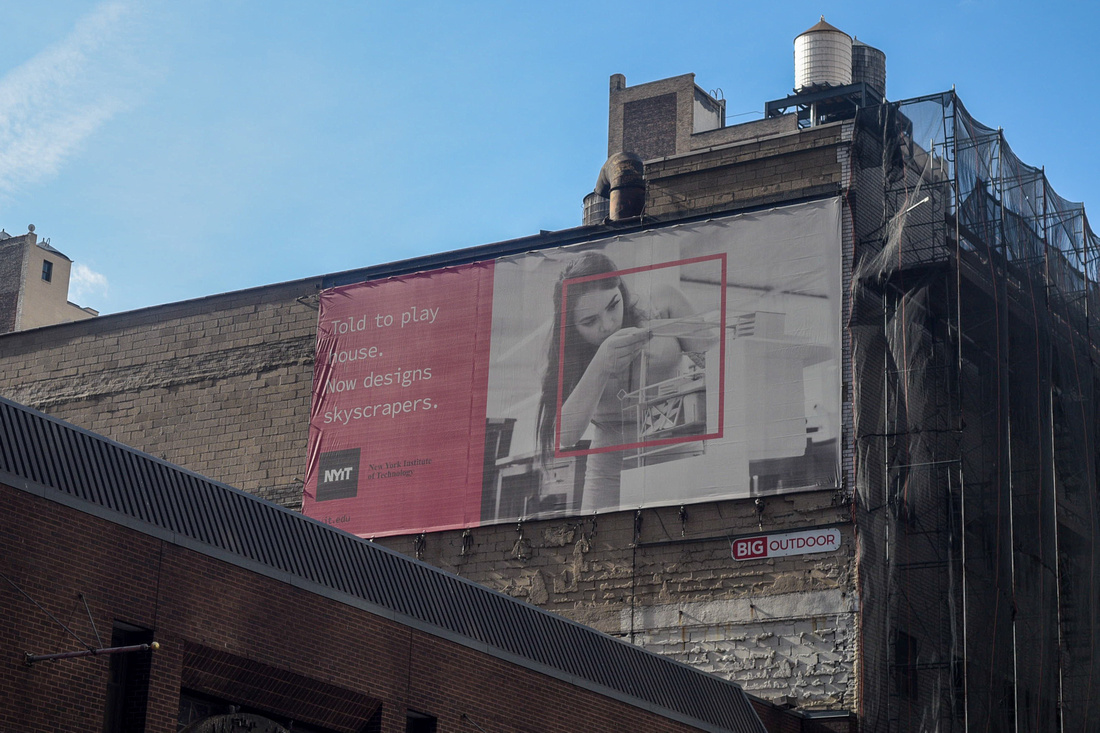 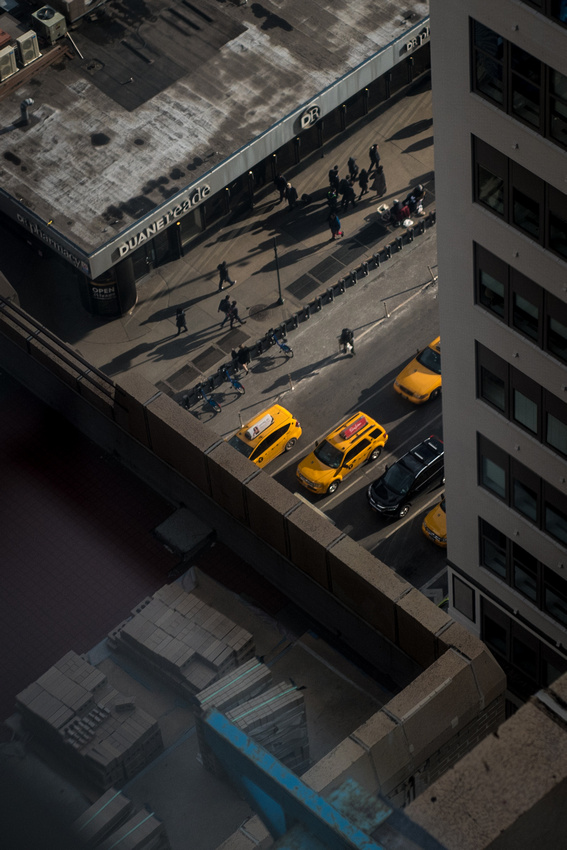 We still had more time to kill so we examined the incredible intricate detail of the Art Deco lobby, eventually happening upon a bathroom which was only accessible with a room key that we did not have. That's when you know you're in "downtown money" as Coach Roberts would say. As I'd been traveling for 11 hours, I was happy to take a quick afternoon snooze before running and it took all of 5 seconds for me to zonk out. Unfortunately, this didn't last very long as it was time to get my run in (I am actually here to race, after all) so we headed to the subway to zip over to Central Park. As incredible with directions as I am [not], we spent entirely too much time looking for and then waiting for the correct train, but eventually made it.

Though it may be cliche, Central Park really is one of my most favorite places to run. We ran the outer loop around the reservoir catching a beautiful sunset as we ticked off the miles, enjoying the cool air, the dirt path and the ringing quiet; an escape from the hustle and bustle.

We'd upgraded to a city view room, but all we got was a nice solid building view, but happened to speak to one of those rare helpful hotel people who managed to give us a new room with quite possibly the best view in the hotel. After more attempts at view shots than I'd like to say, we headed out to dinner, walking a couple miles to Sarge's in search of a hardy meal. And a hardy meal we found, full of pastrami and fries. I have to say, the pastrami burger is a genius creation and their sweet potato fries were the perfect kind of crisp. I topped it off with the best cheesecake I've had in my life (and I've had many) - the richest, densest, most flavorful peanut butter chocolate cheesecake you can imagine.

We had to roll out of the restaurant and took a slow ambling pace on our return trip. As Grand Central is one of my favorite places in the city, we took a slight detour that direction. I'm not one for bright neon lights, but show me a grand Art Deco building and I'm all ears, and this one takes the cake. What I wouldn't give to do a portrait session there! As one of the main reasons for this trip was to begin documenting my dream list of portrait locations to offer in my destination wedding, elopement, and travel photo collections, I spent a majority of the day thinking in terms of framing, light and background, but here, I just enjoyed the immense openness of the main hall, the awe-inspiring cieling and the many intricate architectural details.

After walking past a few of said flashing lights, we made it back to the hotel definitely ready to sleep well. Tomorrow is shaping up to be museum day so I hope you're excited as I am for that! 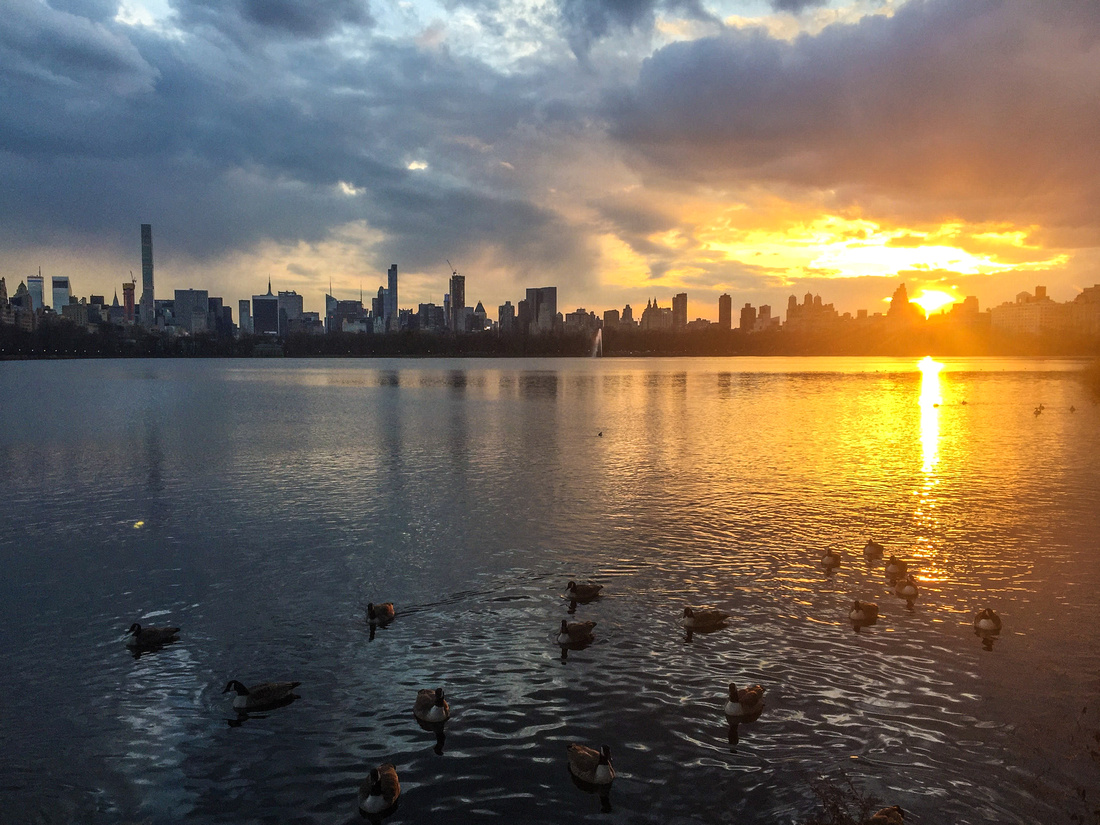 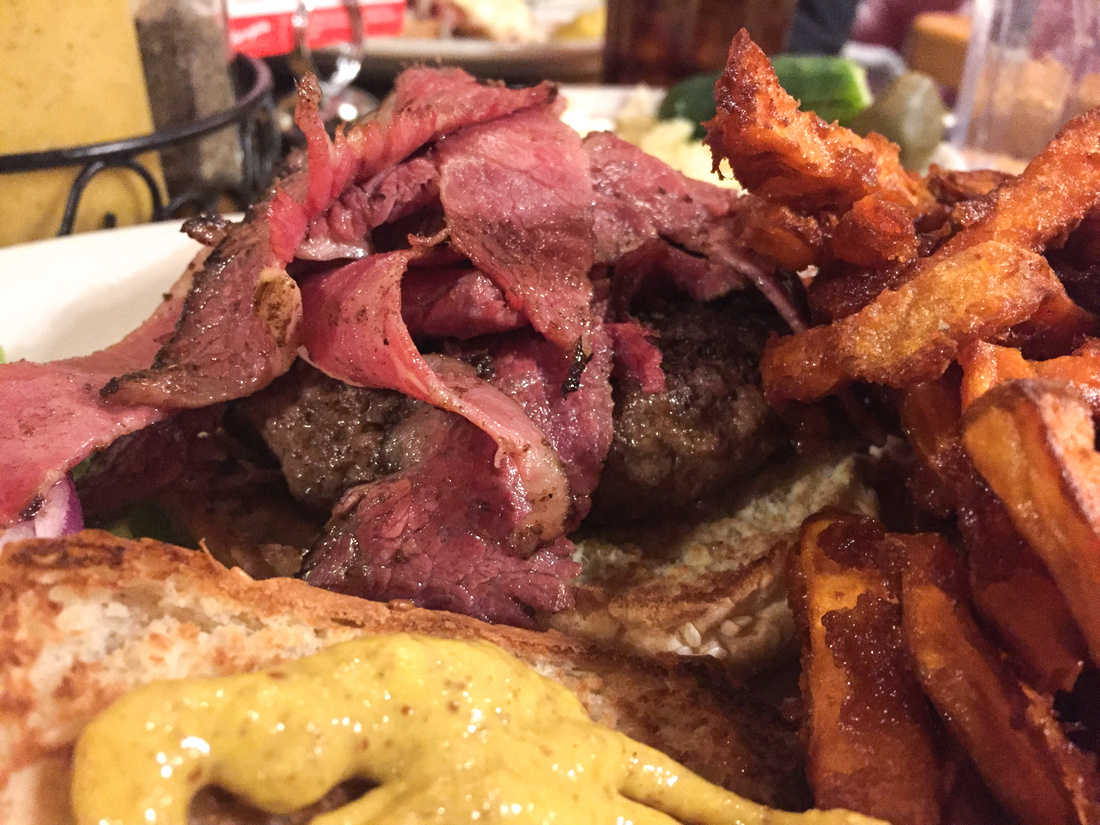 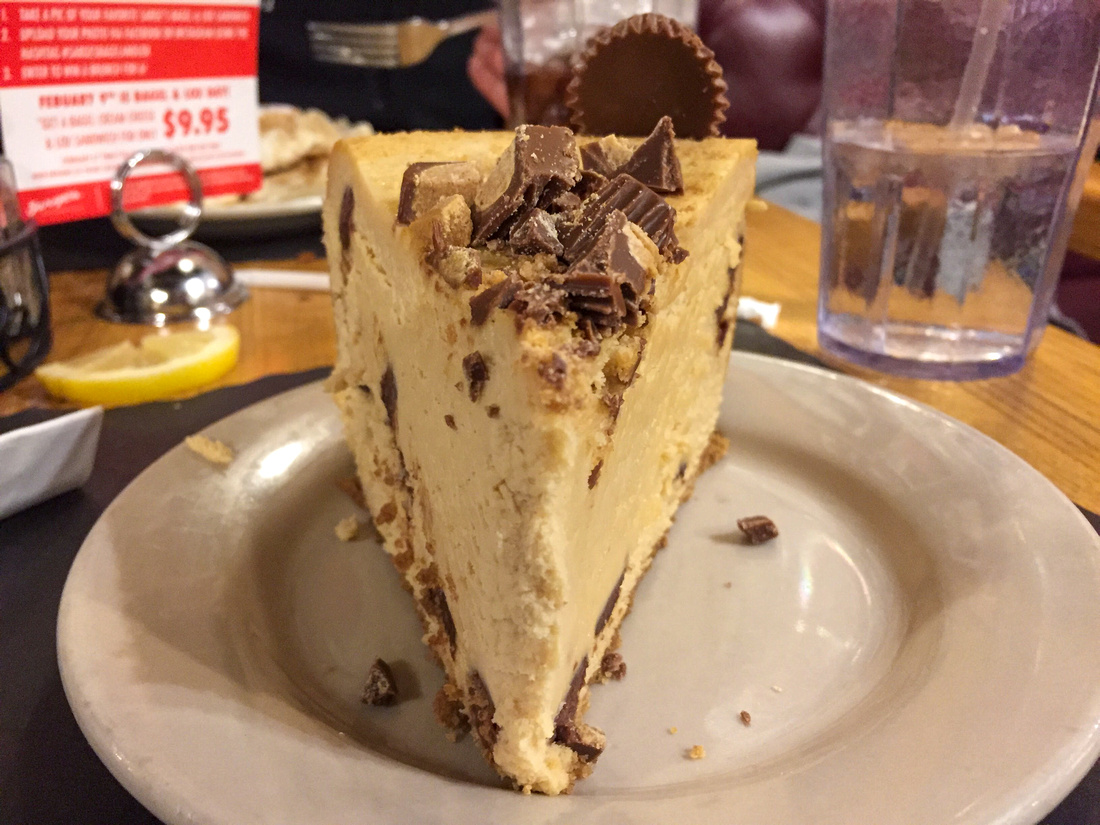 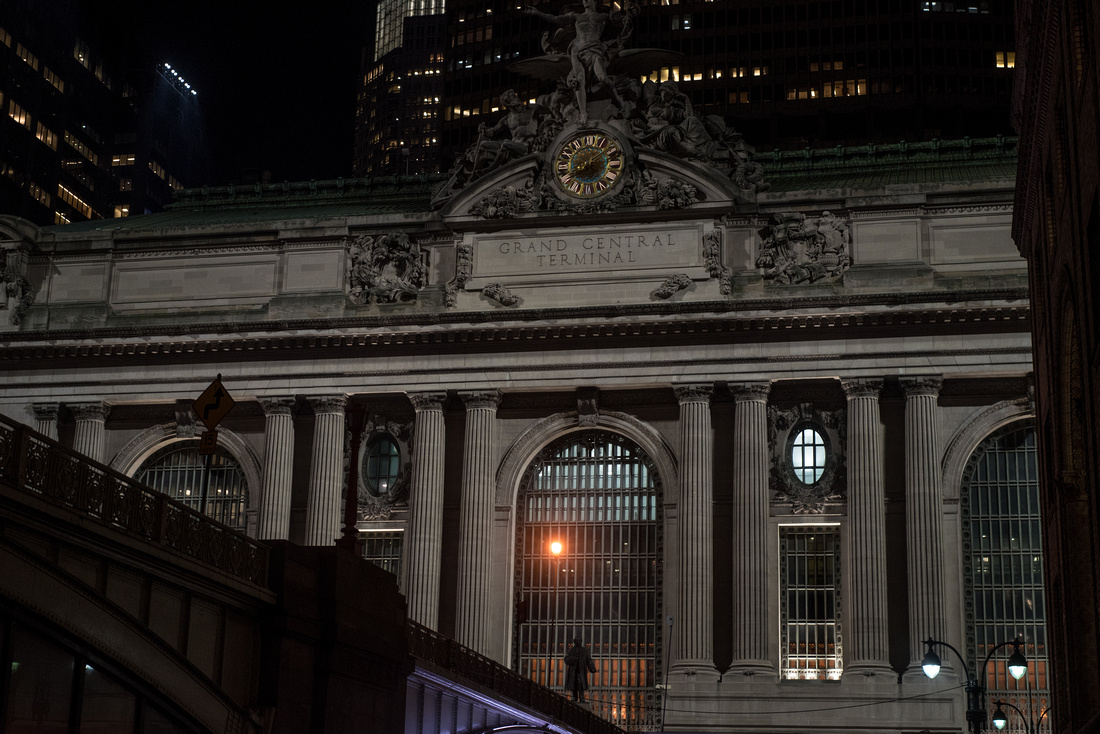 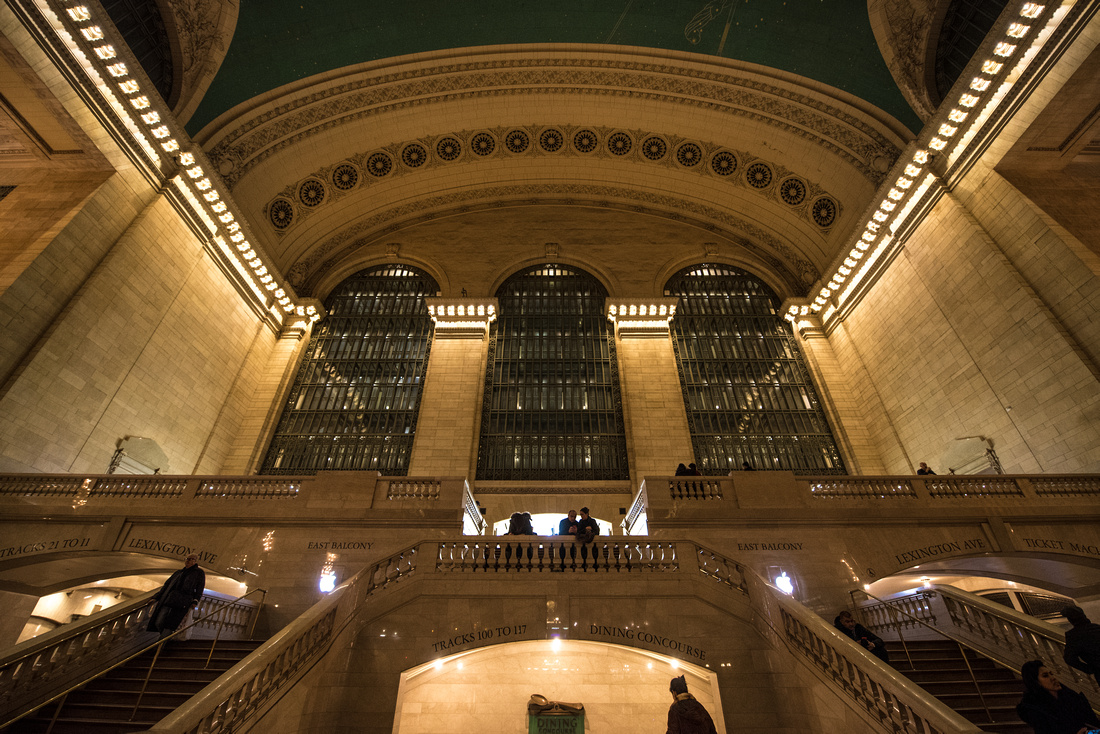 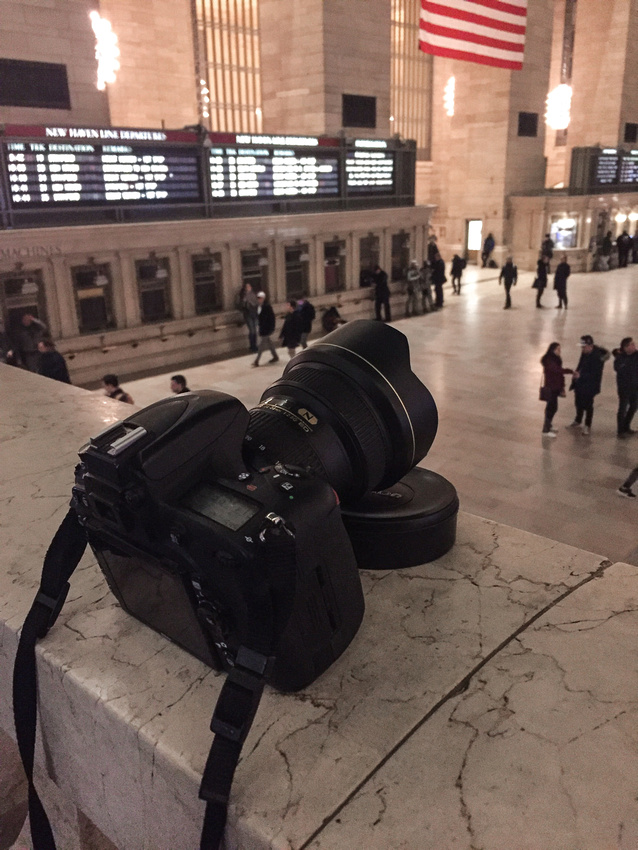 I didn't bring my tripod with me as I'm traveling at lightly as possible, so I had to improvise. 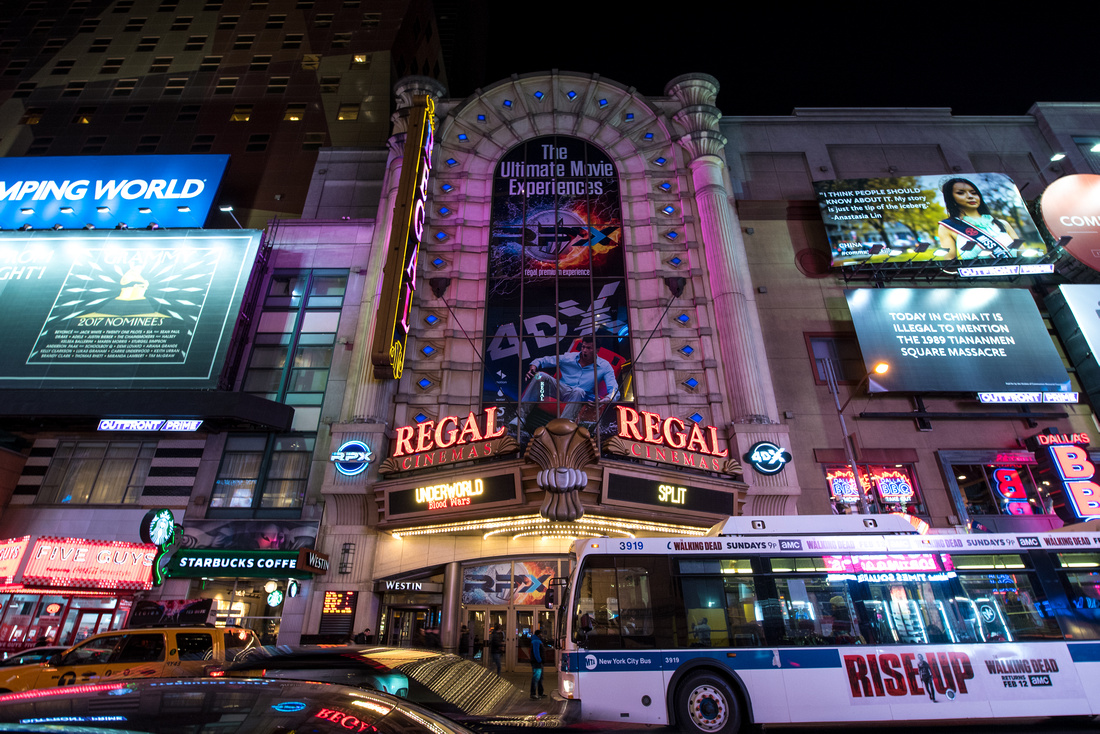 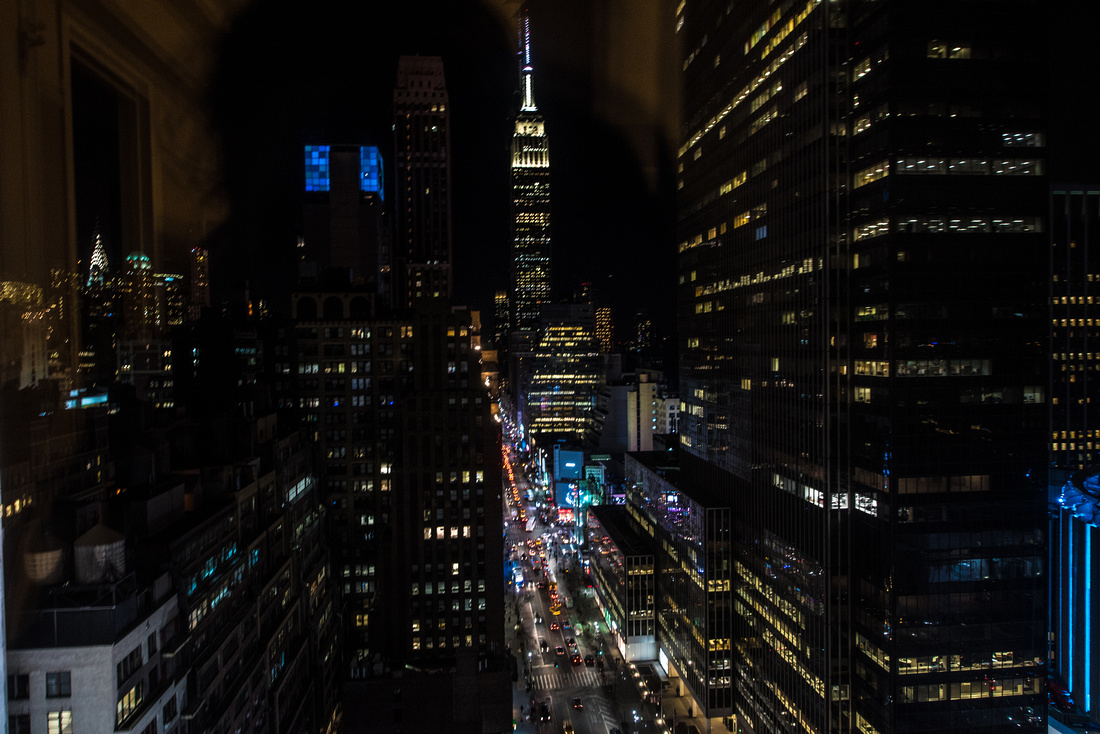