Mudiyanur Family Photos at Commonwealth Lake Park in Portland, OR 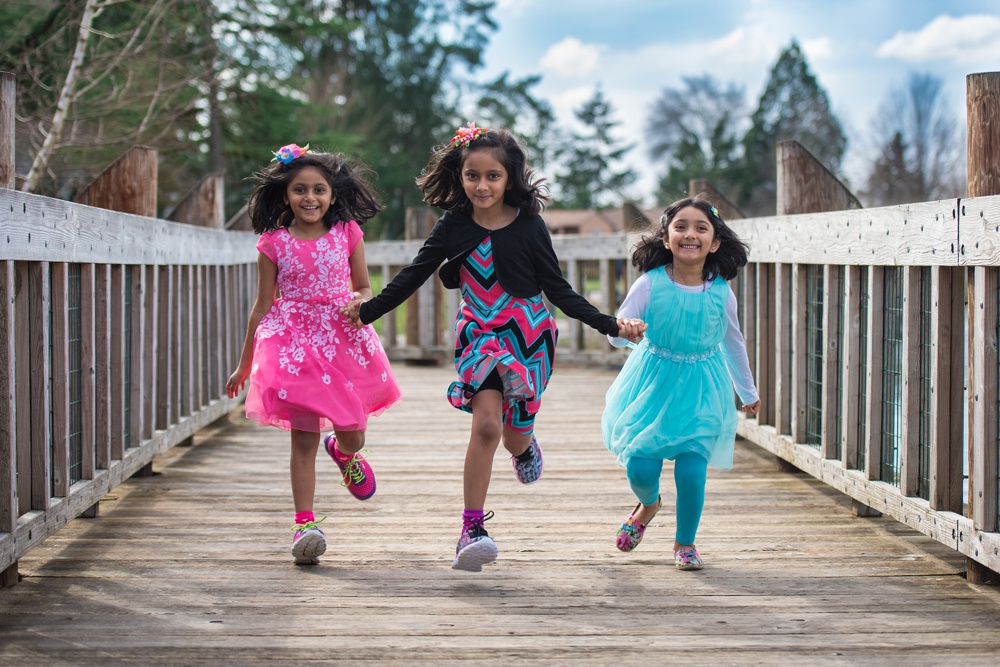 I love living and working in Asheville, but there's something about shooting in a new place that makes me push my creative bounds in photographic storytelling. This family shoot in Portland last March was no exception! Since I live on the other side of the country, I met the Mudiyanur family for the first time at our shoot and only had a couple minutes to get to know the girls before we started shooting. While they were very shy at first, once we started getting into the shoot and they realized they weren't going to have to stiffly pose the whole time, rather could be themselves in front of the camera, we had a lot of fun together.

For this shoot, the primary focus was these two sisters and their cousin; as they were all around the same young age, I wanted to make the shoot as fun and unposed as possible. While we did start with a few of the more posed group images, I quickly had them chasing geese, spinning in circles and evening running towards me so that we could create more genuine images in their natural habitat - at play. One of my very favorite children's photos to date is the image of the three girls running towards me at full tilt, holding hands and looking straight at me while I sat on the bridge. I can practically hear their giggles through the photo as they laughed about almost running me over. 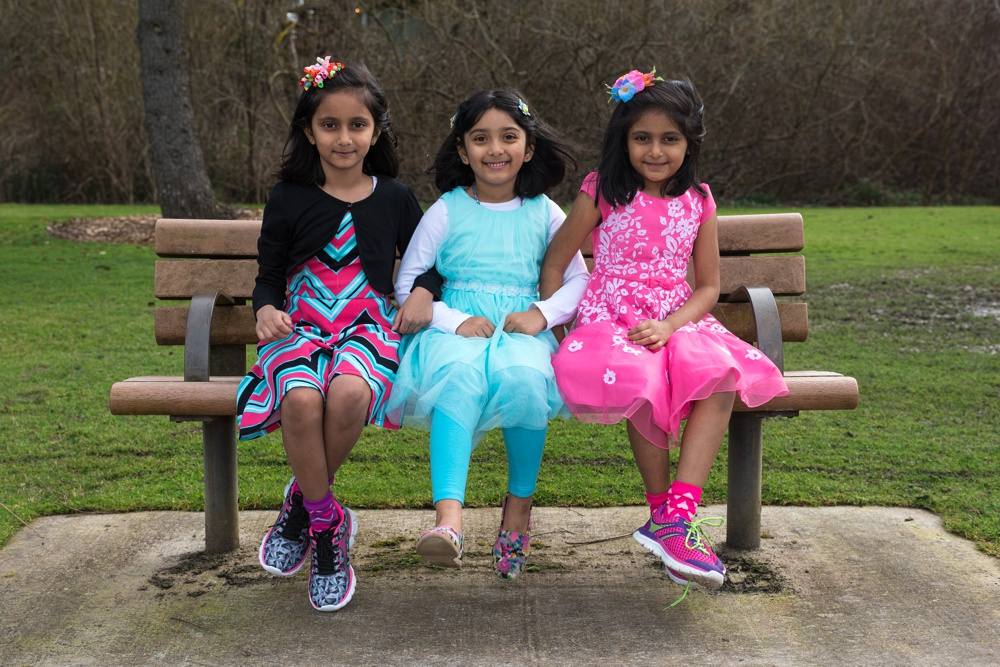 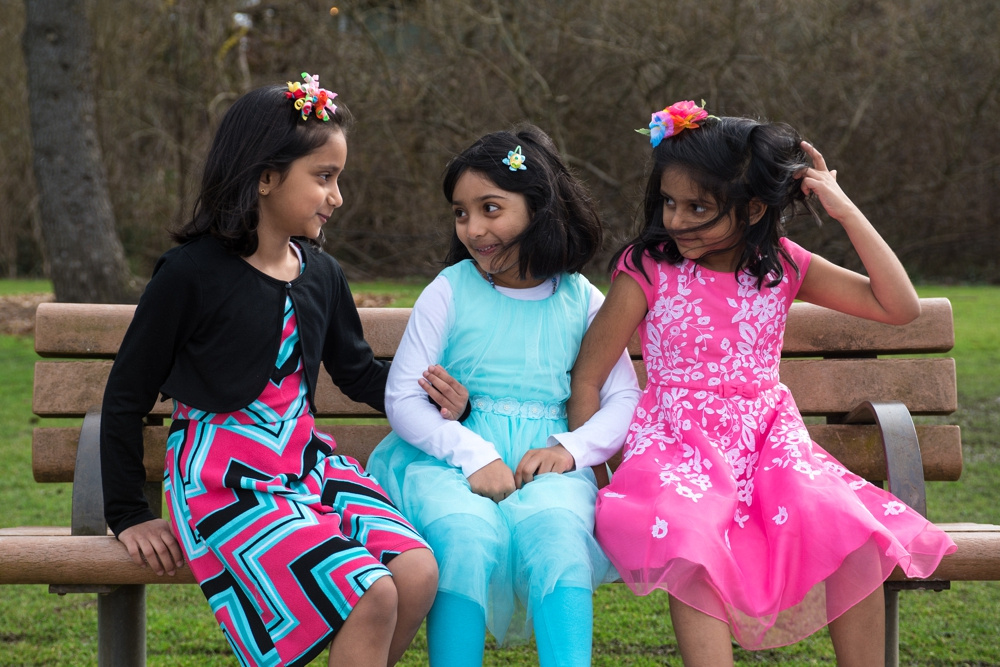 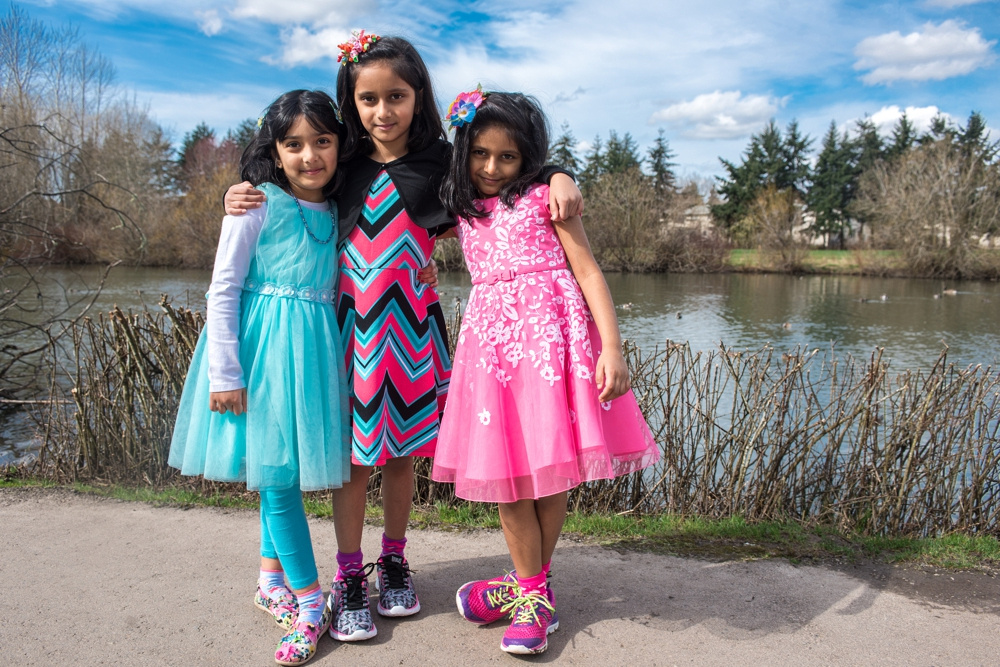 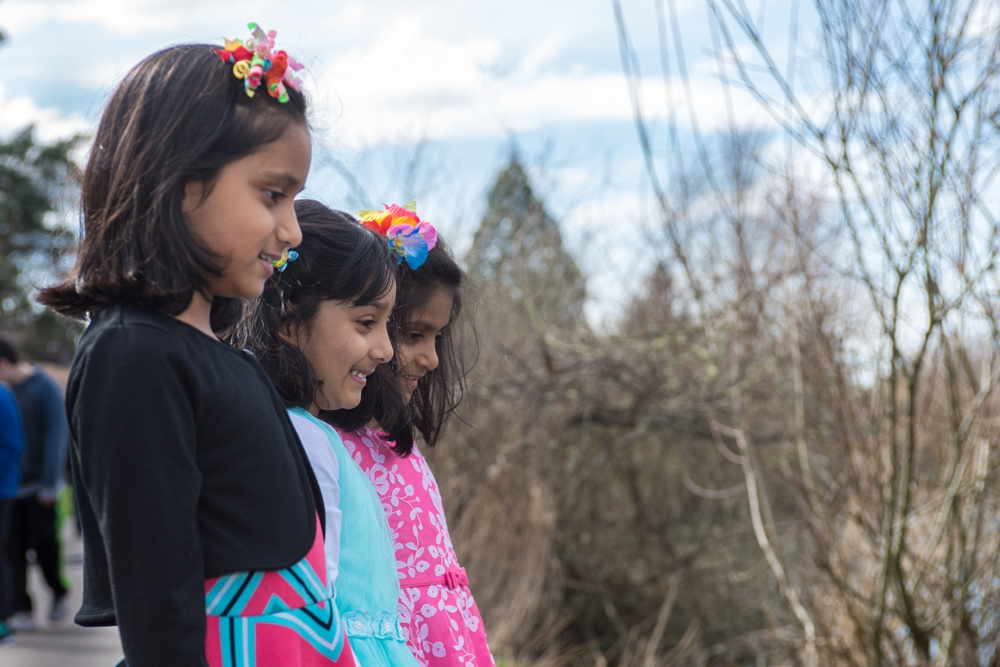 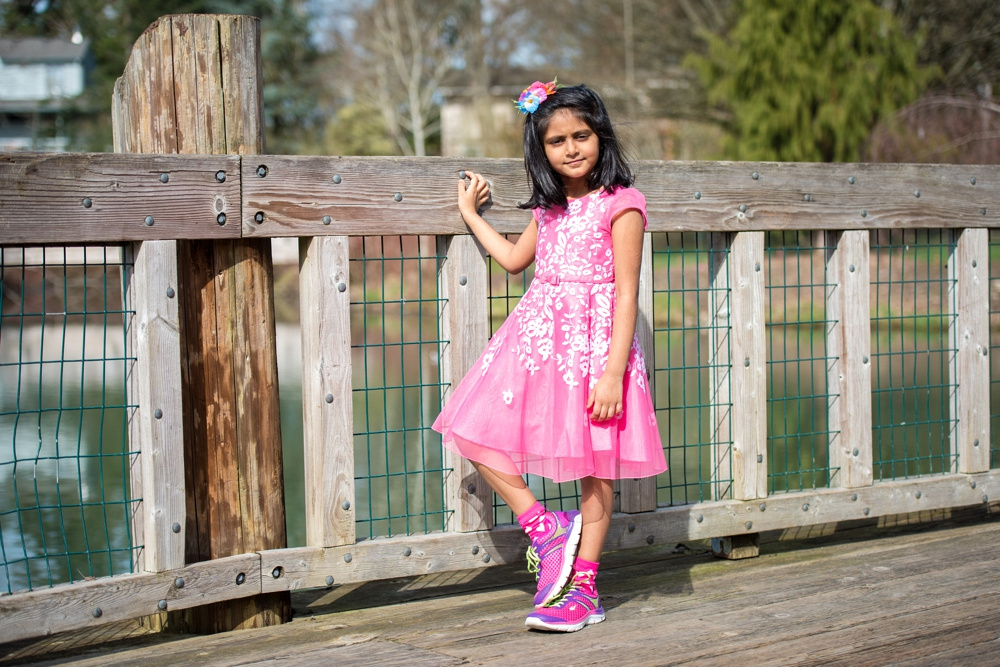 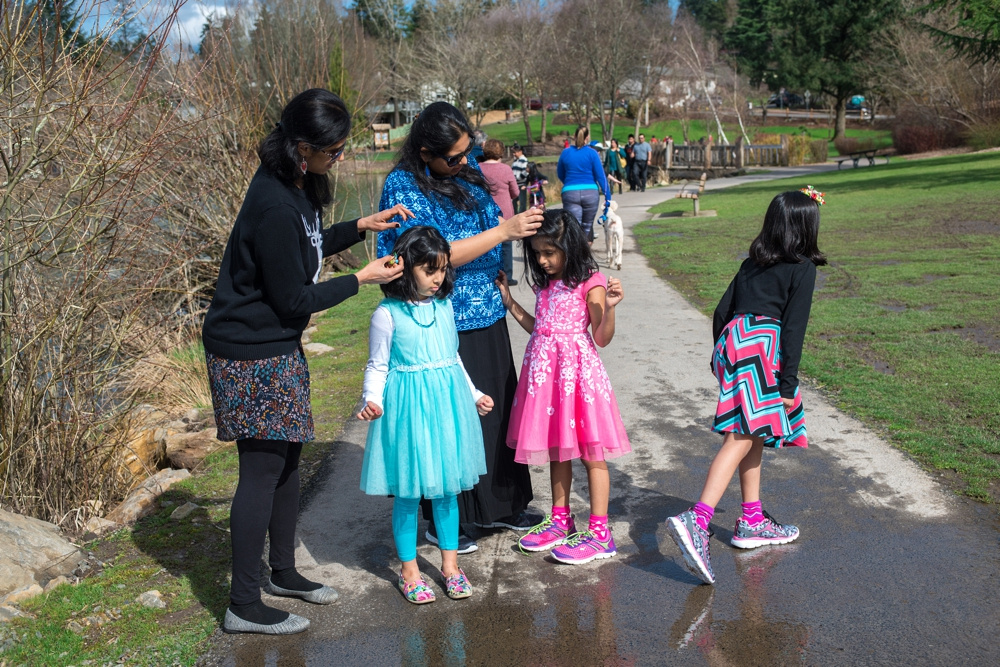 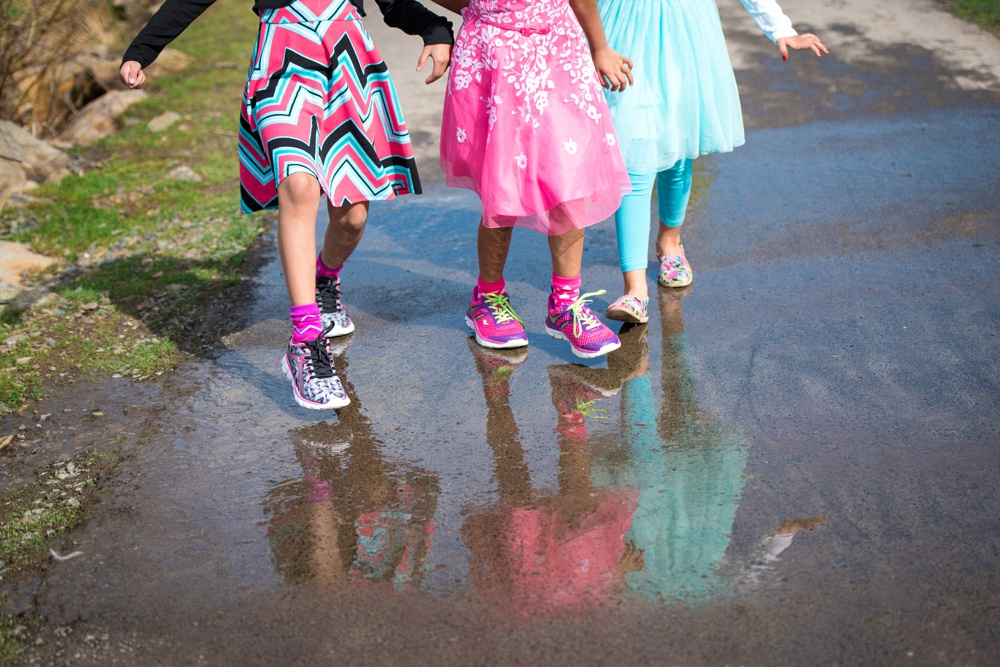 Both mothers had thought ahead and brought a change of outfit (and coordinating ones at that!) to add variety to their photo gallery so after a brief pit stop, we got back to playing in some new clothes. I'd selected Commonwealth Lake Park for it's variety of backgrounds: multiple bridges, the lake, greenery and a playground across the street. By far, my favorite place to take kids' photos is at a park because it puts them in a comfortable environment allowing their character to shine through. We somehow lucked out that the playground equipment even coordinated nicely with their bright outfits so that I could use the plastic architecture to frame their portraits. 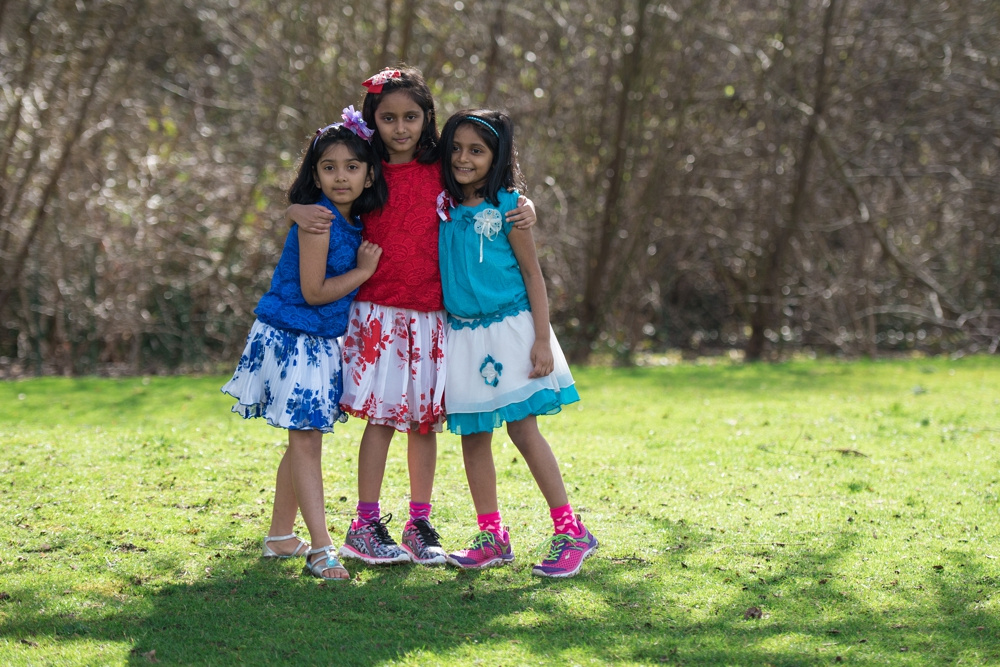 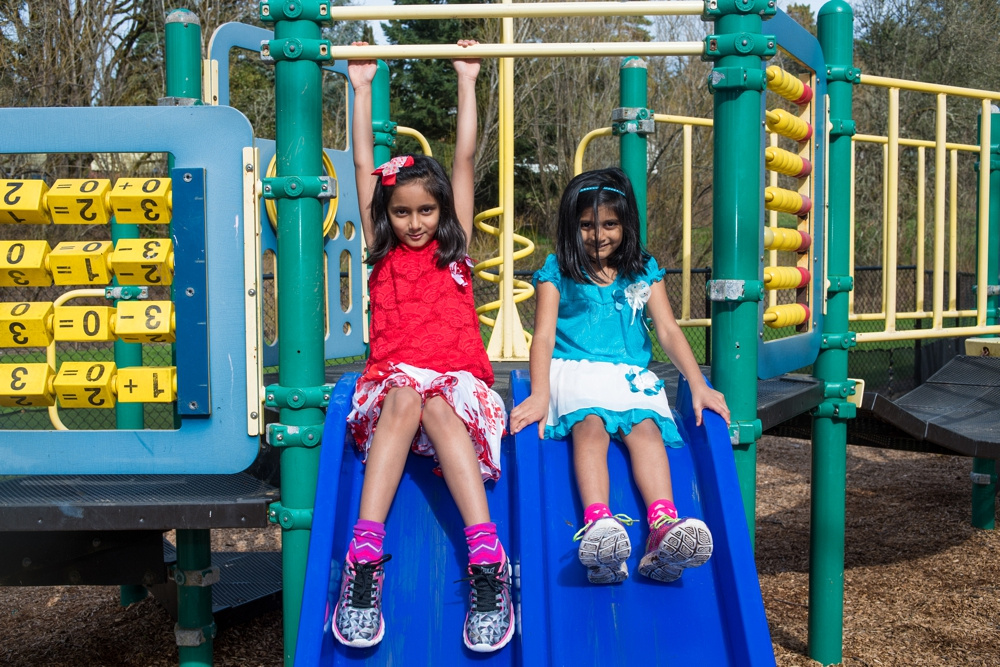 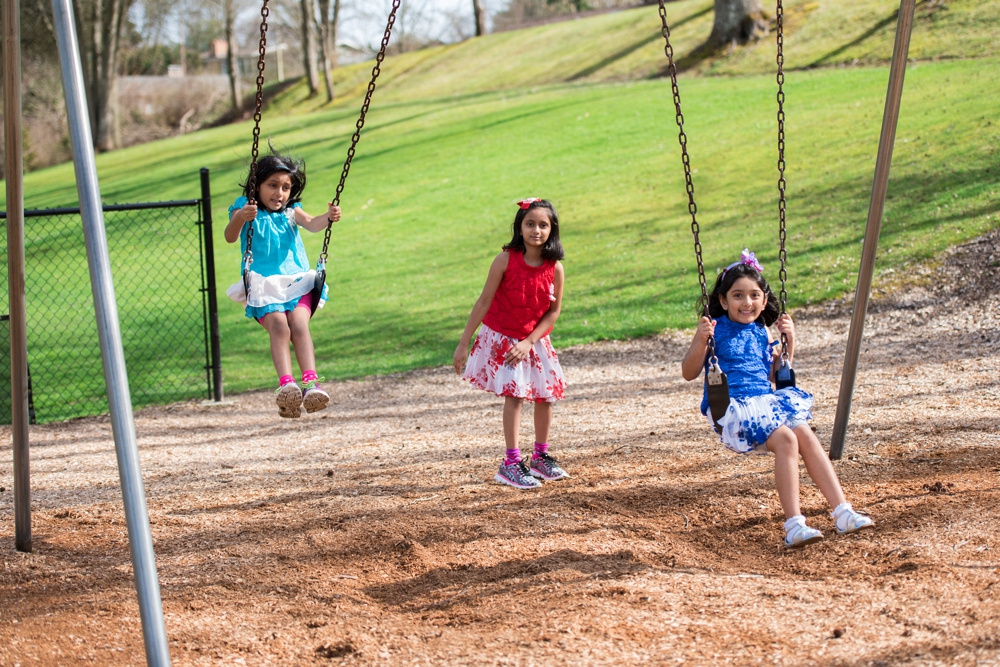 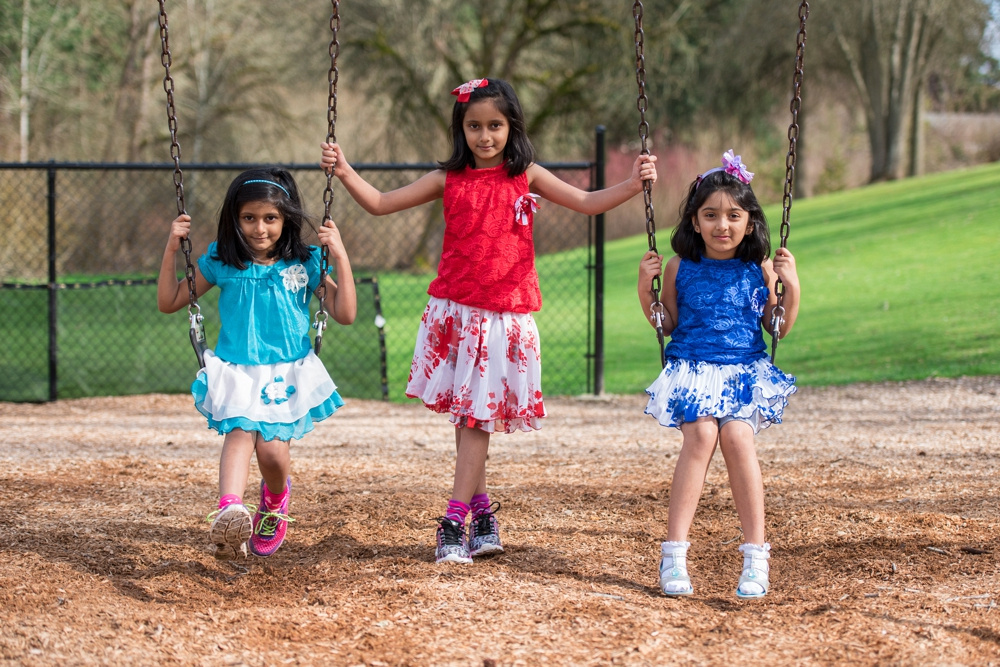 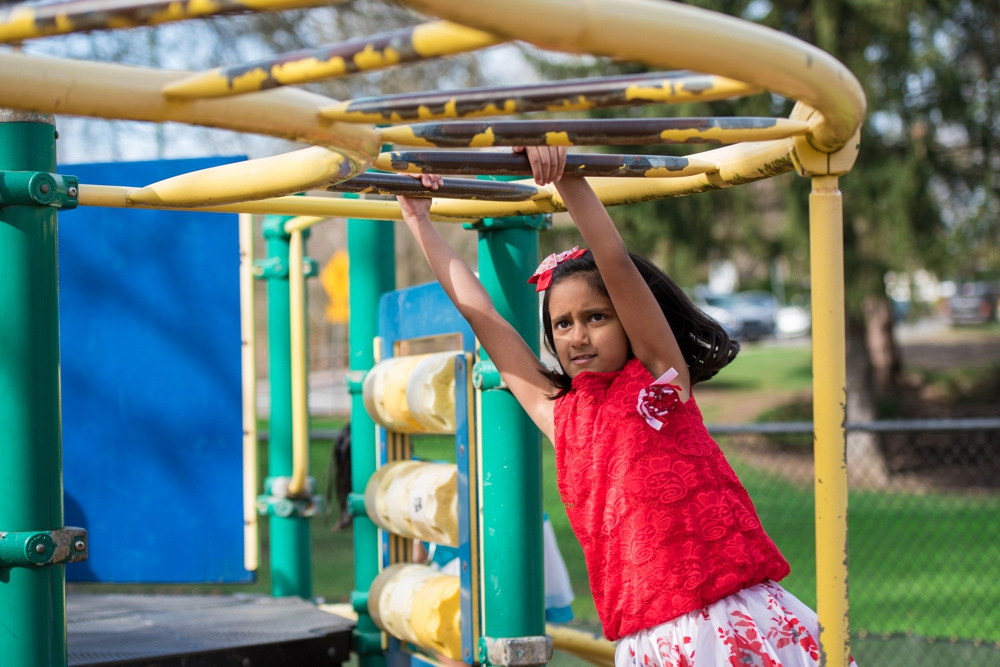 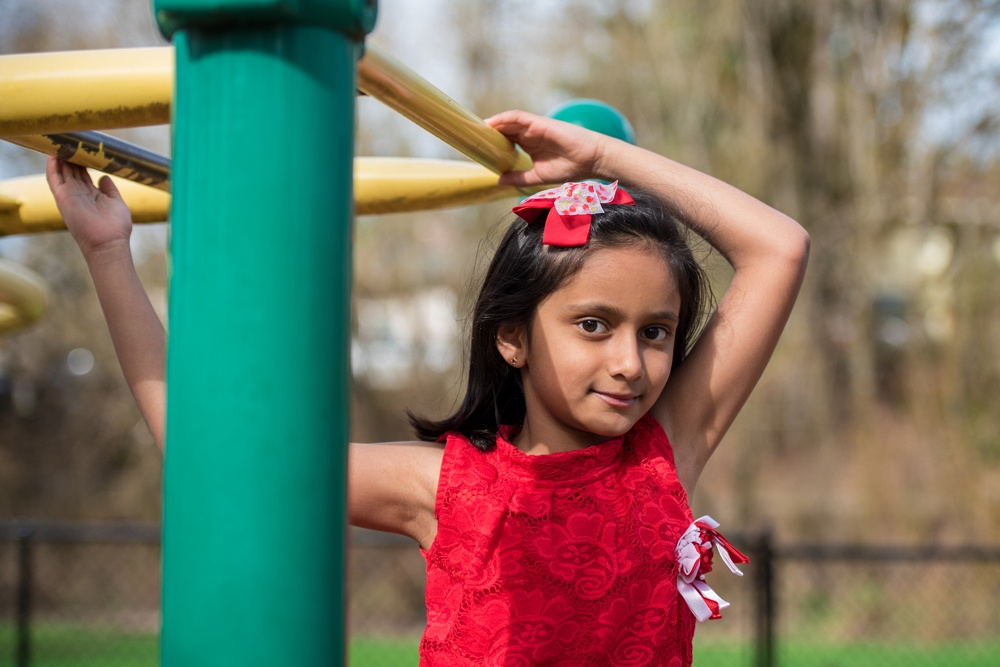 For the last part of our session, we took a gravel path through the woods, exploring the fir grove. While we'd had decent light the whole time, this spot provided the best soft, natural light which I took advantage of for solo portraits of each girl. These three were so easy to work with; I could just show them where to stand and they'd pose themselves in the most natural position, which was almost always perfectly composed for photos. 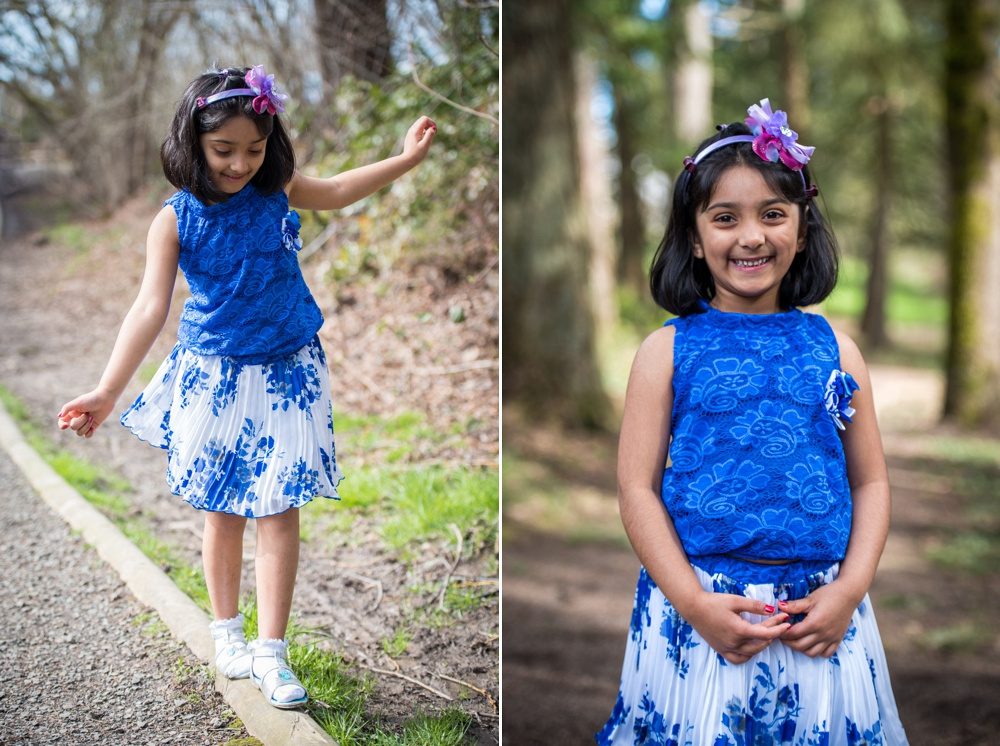 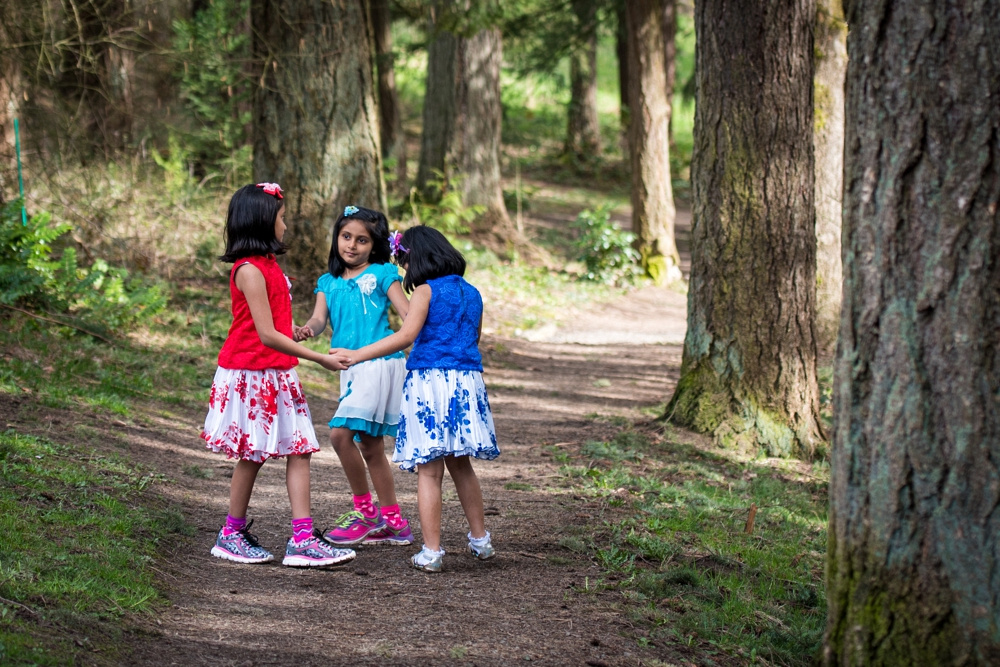 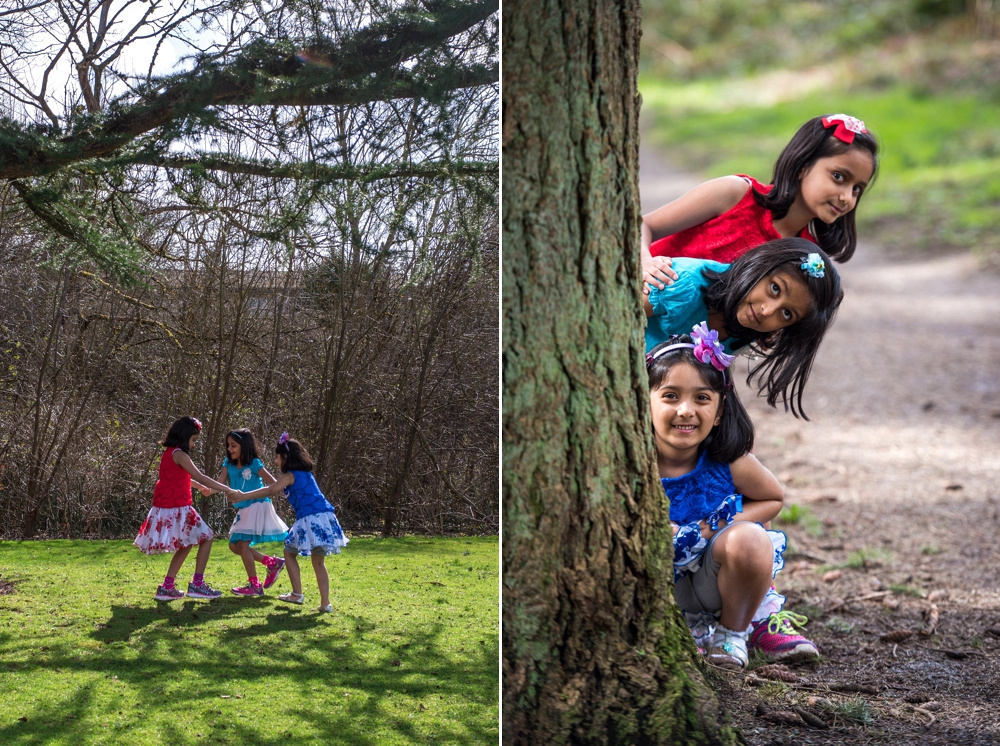 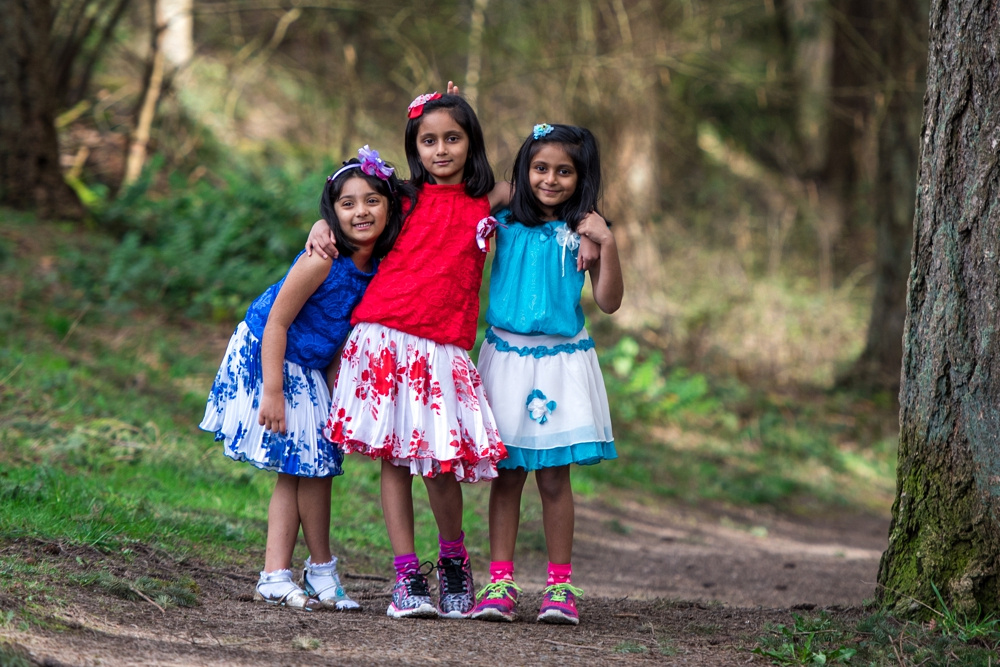 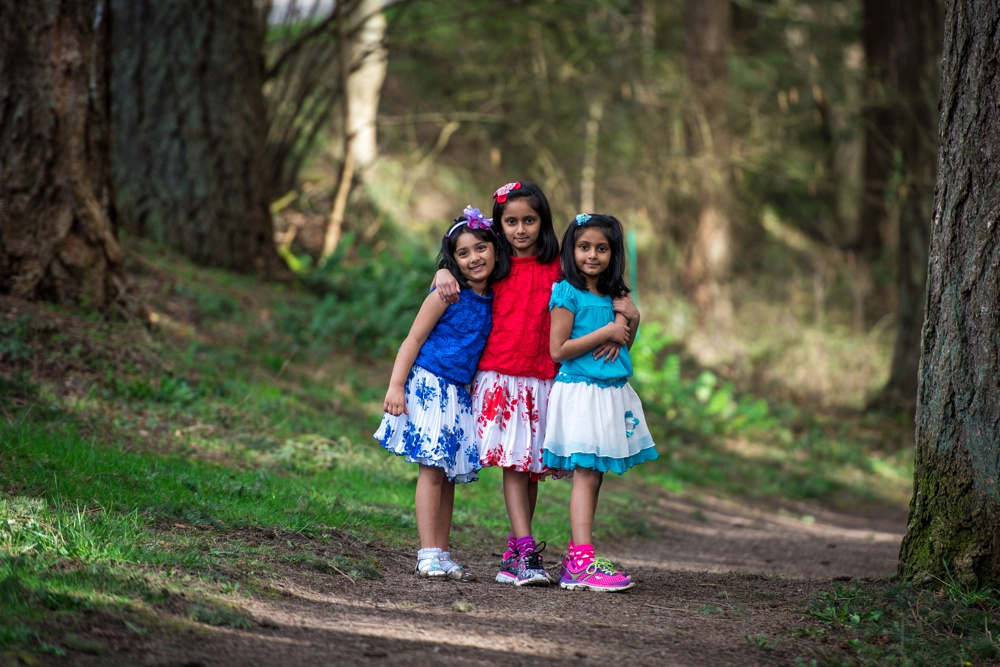 Working in a new place (particularly one I've had few chances to scope out beforehand) makes me think more critically and creatively about shooting and lighting locations rather than just using the same spots I always shoot in and in this case helped me to pose this small group without letting the images get stale. I'm mailing their gorgeous photo album out tomorrow and am so excited to show it off!

I'll be in Portland again September 26-October 3 and am looking to do as many family, couple and engagement shoots as possible. If you're interested, email me at [email protected]

For a look at more of my Portland sessions: