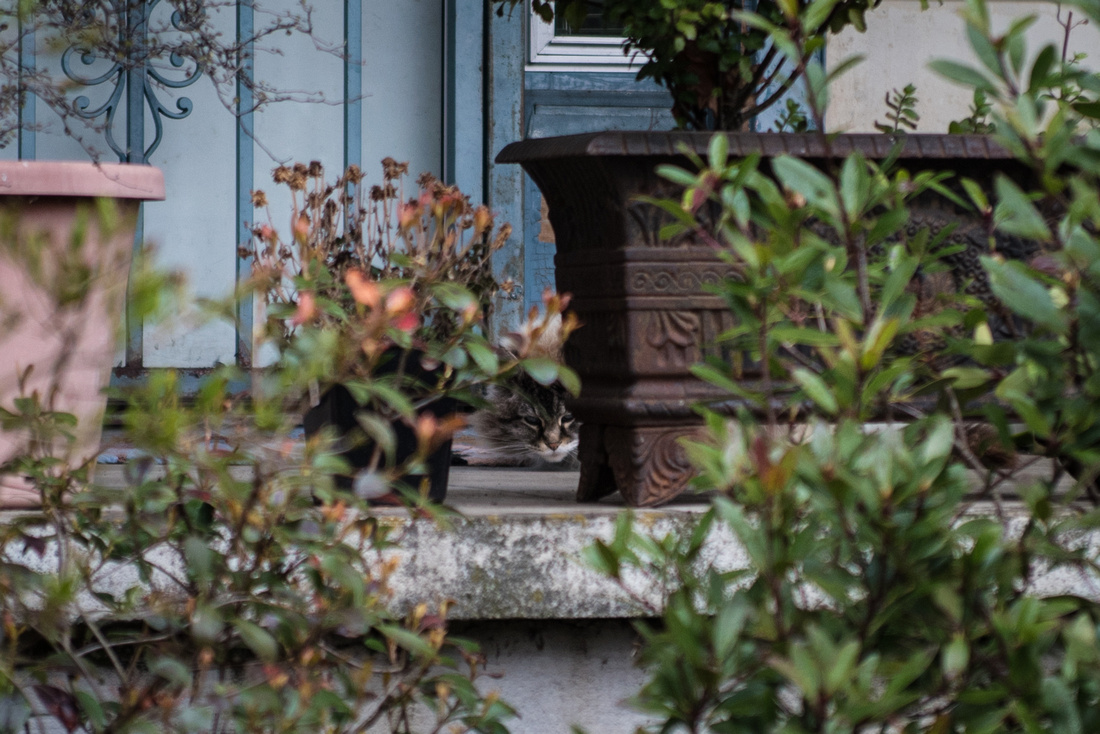 It's funny traveling to a city that's at once all the way across the country and yet so familiar. Now on my third trip to Portland, while the city doesn't feel like "home" precisely, I've found it easy to jump right into the rhythm of life here without even thinking about it.

One of the best part of traveling from East coast to West is the time change: the only way I function decently after getting up at 7:30am is when it actually feels like 10:30! I walked the girls to the bus stop as usual, then quickly got ready and headed off to my first meeting of the day, a wedding consult for a couple whose engagement photos I shot last year. As luck would have it, for my hour long trip from Beaverton to the East Side, one of my buses was a couple minutes delayed which made me miss the next one. But, luckily enough to live in the age of Google Maps and constant location tracking, I was able to pick up a new route quickly and arrive only 20 minutes later than expected. One of the brides had had to run out to her own meeting, so I dipped around the corner into a cafe to grab some food and answer emails. I've found in traveling a flexibility of schedule that I don't often have when working at home - when my only plans for the day are to grab lunch with a friend and walk around, it's easy to reschedule on the fly. Definitely something I want to incorporate into my every day schedule! The nearest cafe happened to be a father-and-son-owned bagel shop serving house-made sourdough bagels, house-roasted coffee and a delicious local salmon plate, so I really can't think of a better way to pass the time. 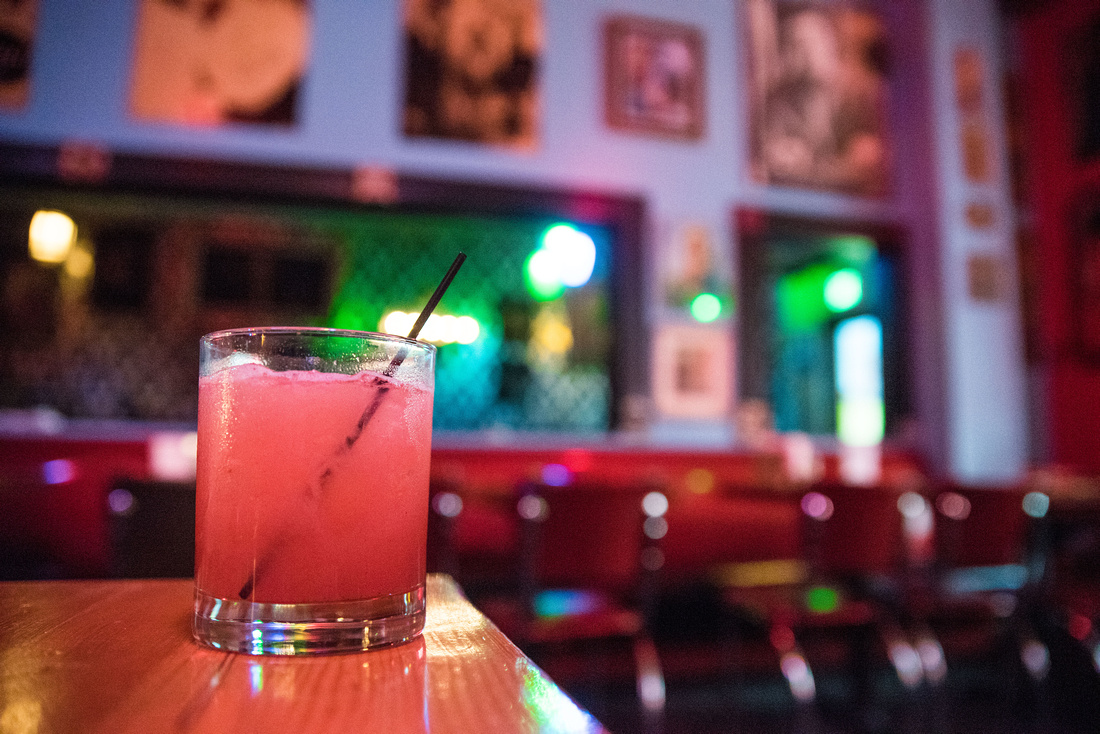 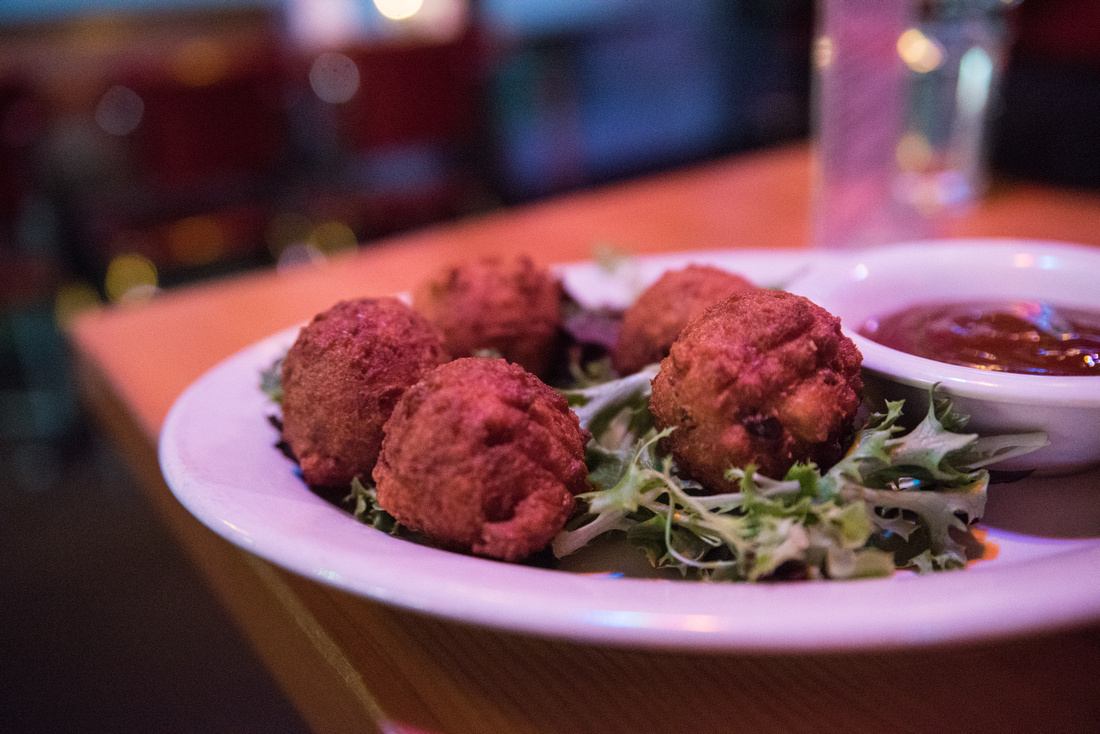 A successful consult later - I booked their wedding and will now be back in Portland in November! - I walked back around the corner to meet Steve of A Beautiful Ceremony NW for lunch, somehow only a five minute walk from the meeting with Jeannie and Anne! Steve was the officiant for Jen and Jon's Mt. Tabor elopement last March and though we were unsuccessful in connecting last trip for lunch, it was great to catch up with him, talk about our respective wedding industries and swap travel stories.

I managed to get here right at the beginning of Highball week (where 41 of Portland's top bars and restaurants serve up their favorite highball for a fantastic $5 a piece) and was treated to Dot Cafe's "A Li'l Piece of the Pie": "2 oz Jim Beam bourbon, 1 oz strawberry purée, 3 dashes of rhubarb bitters. Topped with Cock'n Bull Ginger Beer, and served on the rocks in a highball glass." Quite tasty and paired perfectly with the spicy kimchi fritters.

The restaurant itself, a neighborhood staple, screamed "Portlandia" with its velvet wall paper, neon lights, eclectic decor and three bathroom doors declaring "It" "Doesn't" and "Matter." Although, this last part was every bit as socially important as it was endearing. 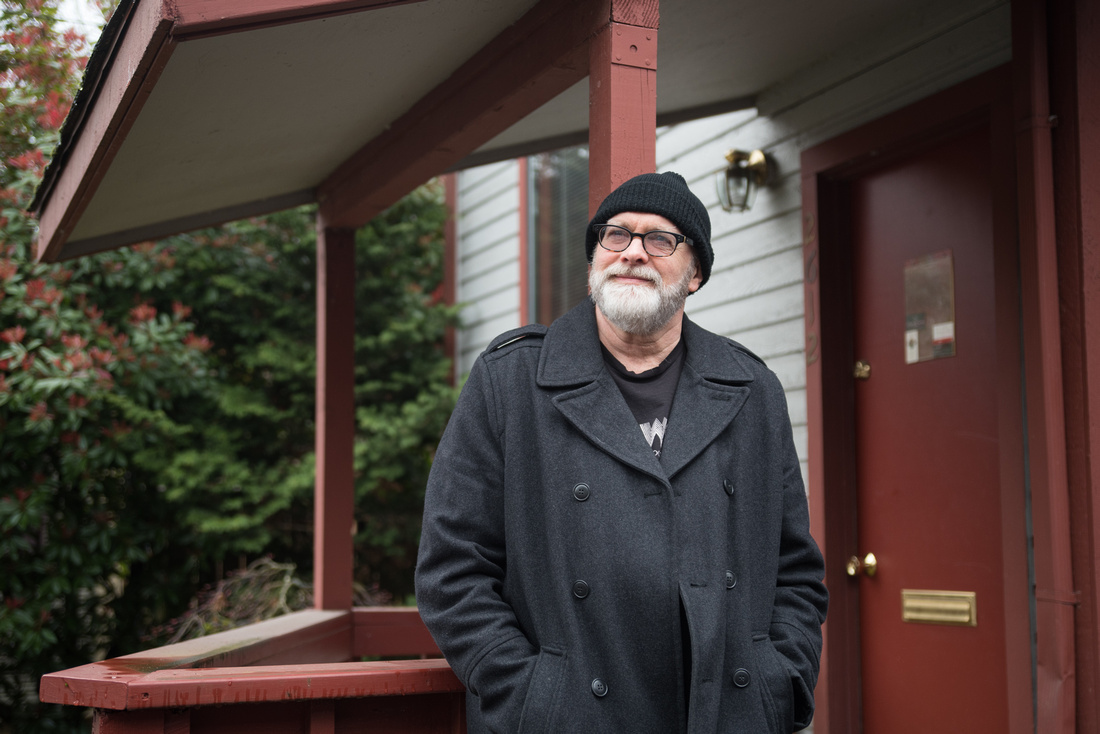 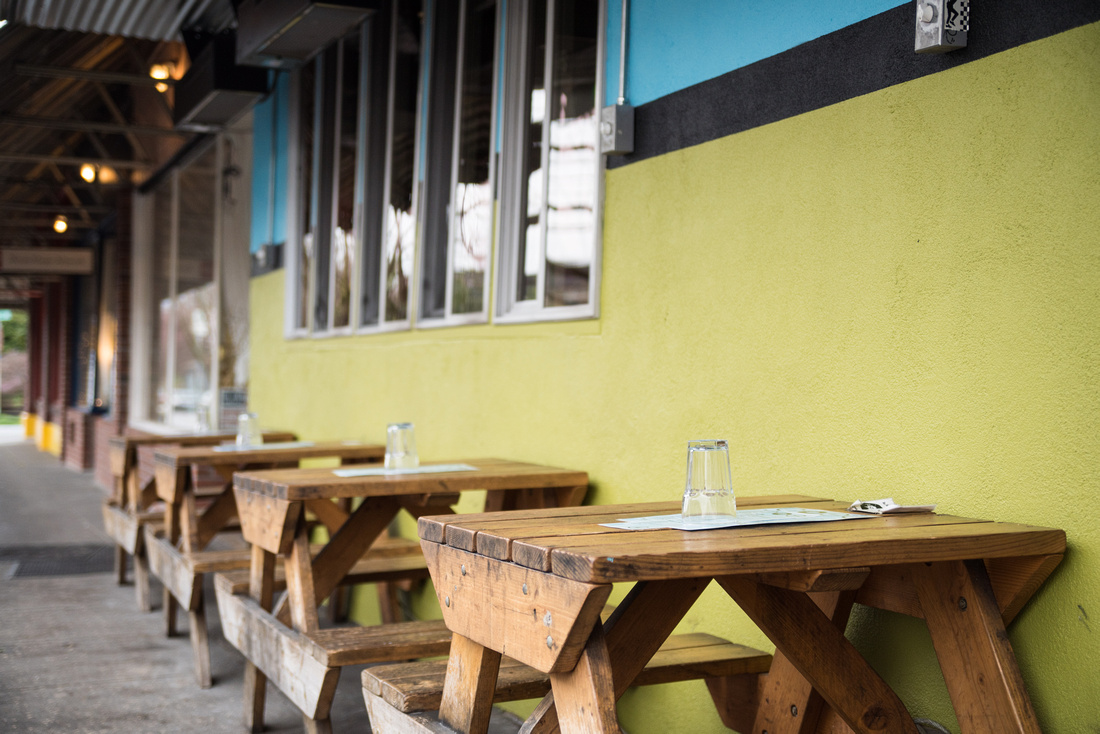 Though I'd enjoyed my breakfast out on the deck of the cafe, the skies opened up after lunch and I was thankful for the warm bus ride. I typically plan each day's activities locally around whatever my mandatory events are, but today was an exception as I needed to get to Blue Moon in time to have my prints developed before I leave next week.  I picked up a few rolls of my favorite film, a couple new-to-me brands and selected which negatives to print, then traded the warmth of this photographer's paradise for the cold, long trek up to the Smith and Bysbee Wetlands Natural Area. I was greeting with a familiar but less-than-delightful reminder of the less kitschy side of Portland while waiting for the bus stop: a downtrodden woman's chant of "loser, loser, loser, you're all f---ing losers" as she walked past. 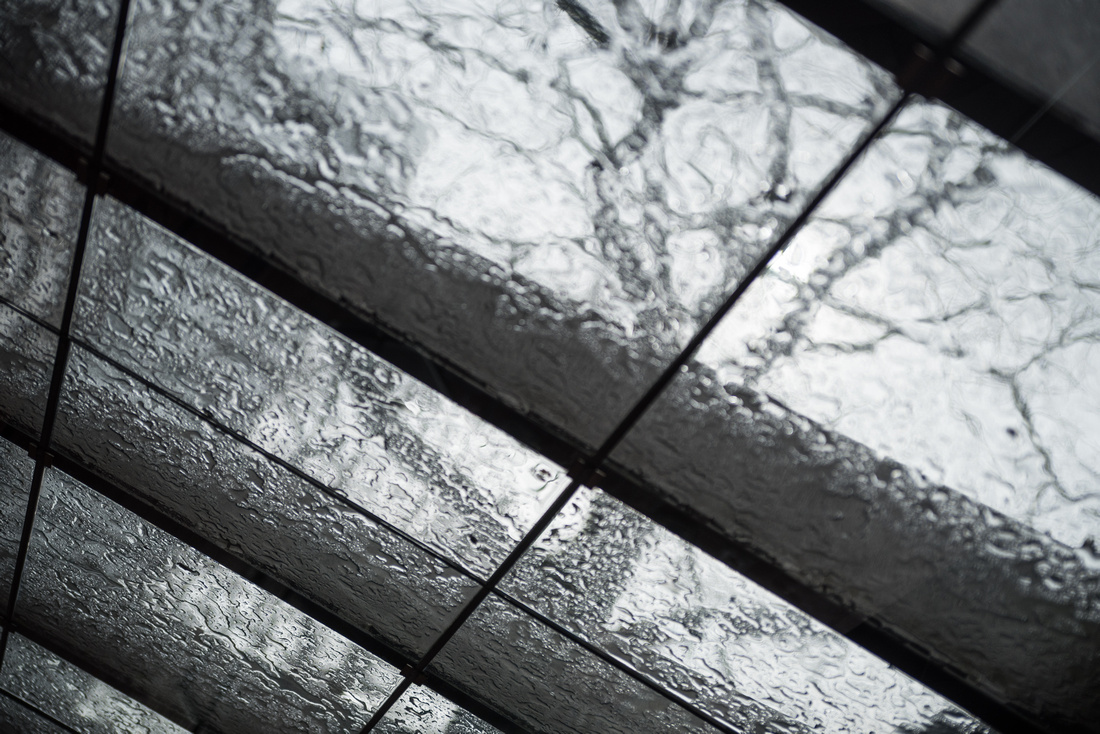 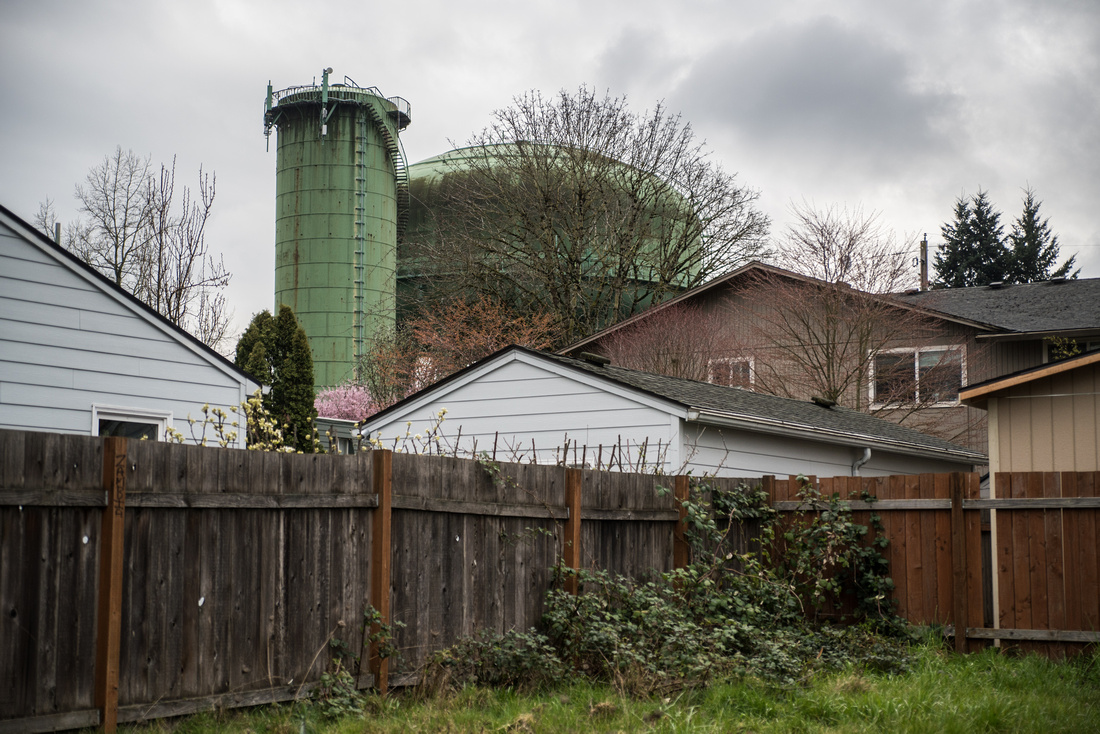 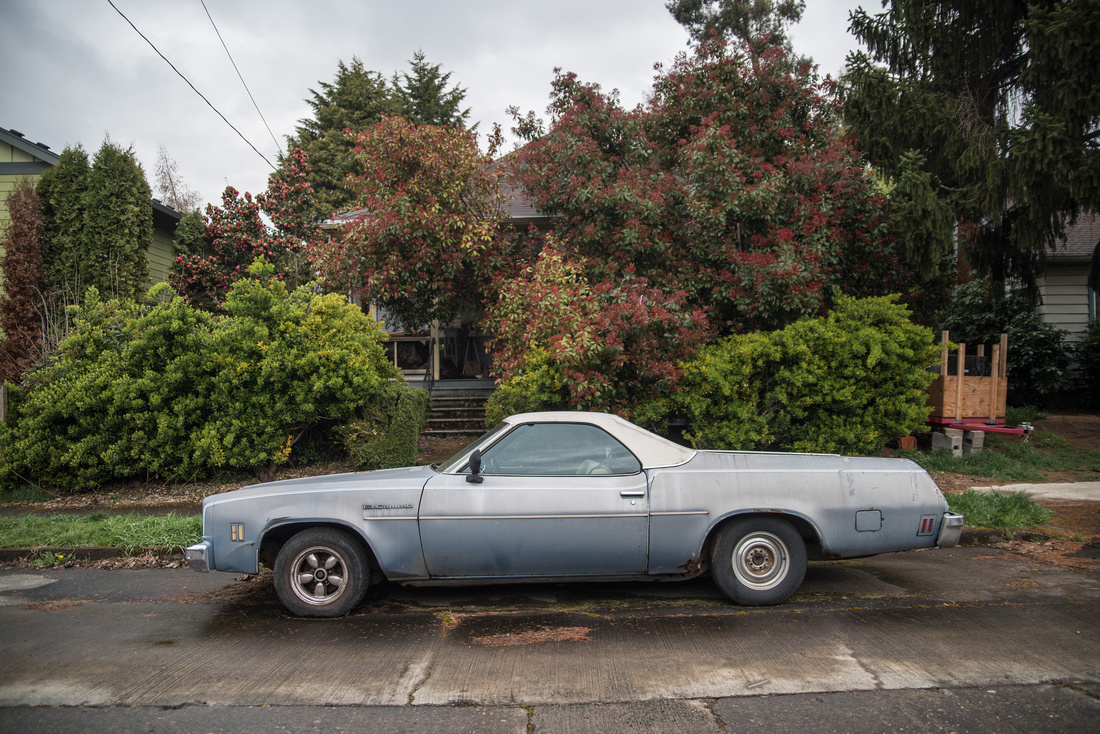 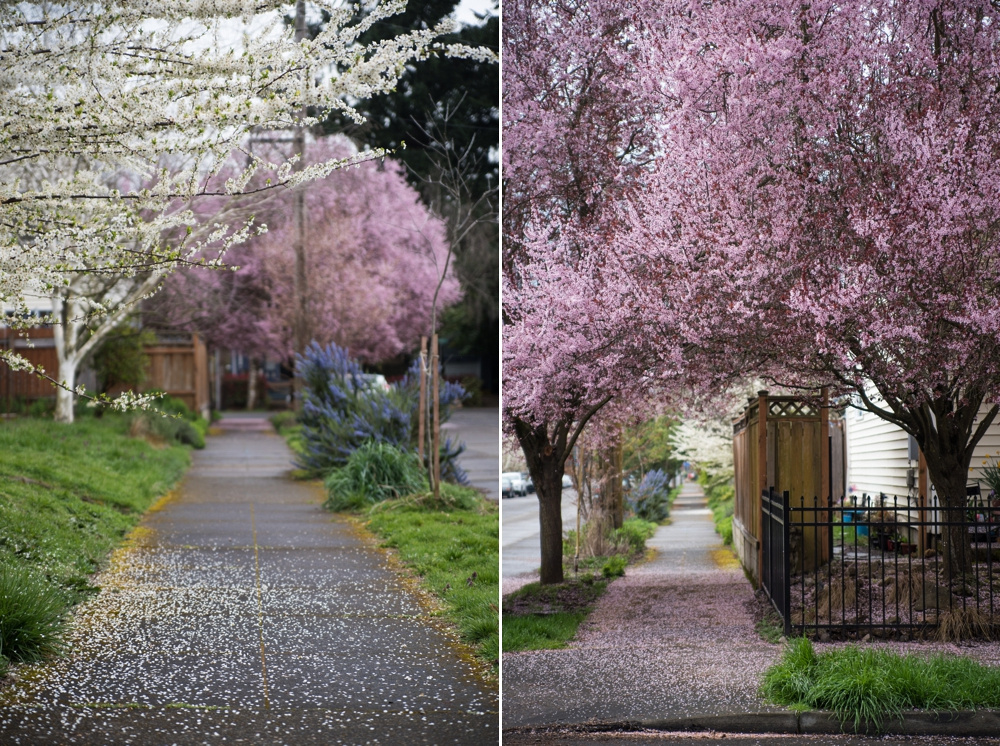 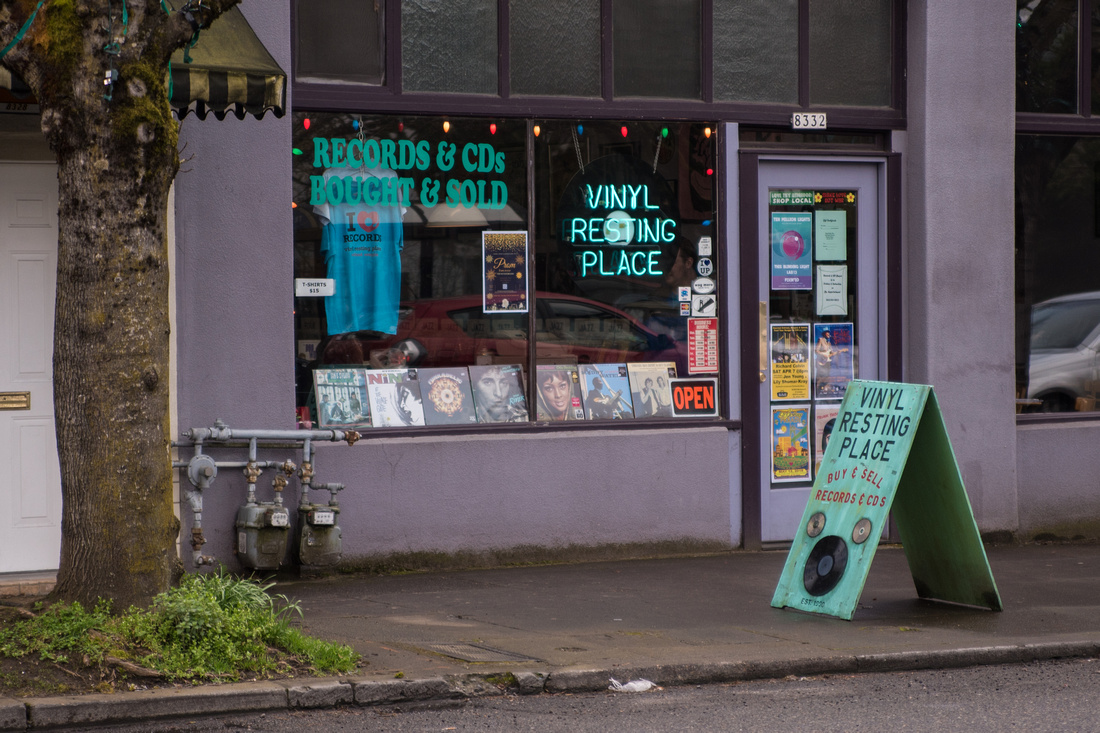 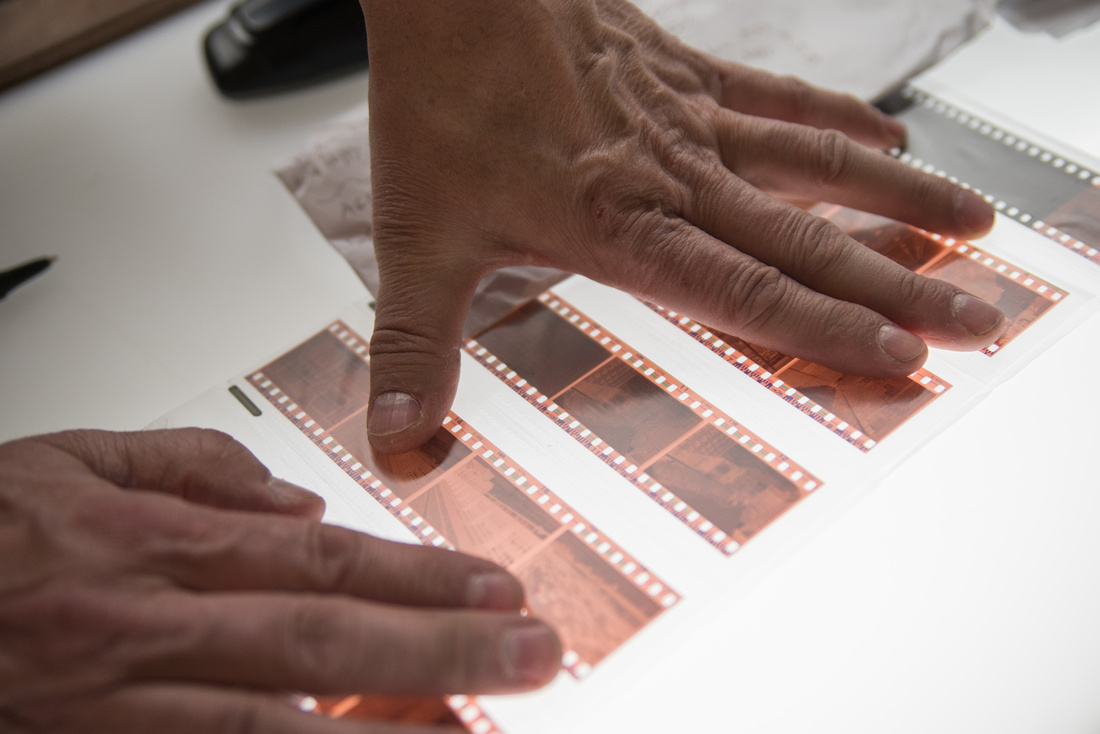 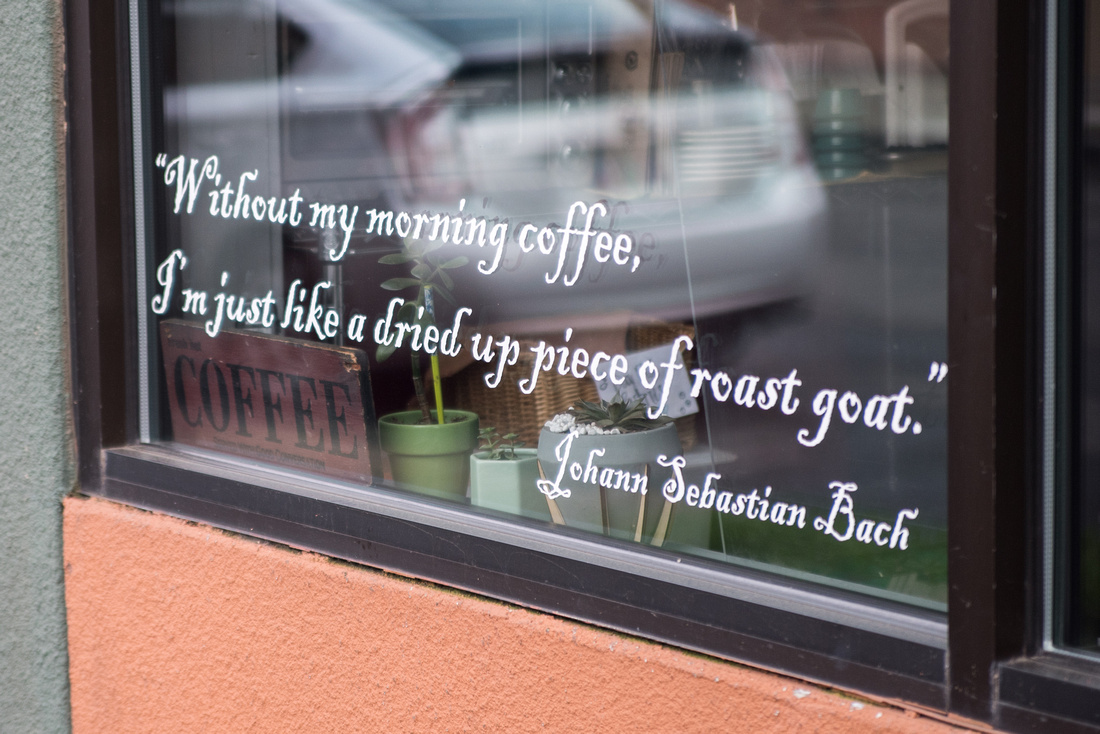 It wouldn't be public transit if it wasn't a little confusing, so I accidentally missed my bus stop at the nature center. There were so few stops in the part of town that we flew a mile down the road before I was able to hop off, subsequently having to double back on foot. Additionally, when I arrived I checked the bus schedule and the last one of the day was only 30 minutes away so I didn't have nearly as much time to walk around as I wanted. But, the natural center was worth it! I took the interlakes trail between the Smith and Bysbee lakes, wandering along the treelined greenway on the lookout for the otters that the internet promised. Naturally, the only wildlife I ended up seeing was a bee while I waited for the bus stop. But, the park now scouted, I definitely want to take a few hours sometime to explore the area more (perhaps when its warmer and in full bloom) and will include it as a portrait location offering, which was the point of going there anyways. 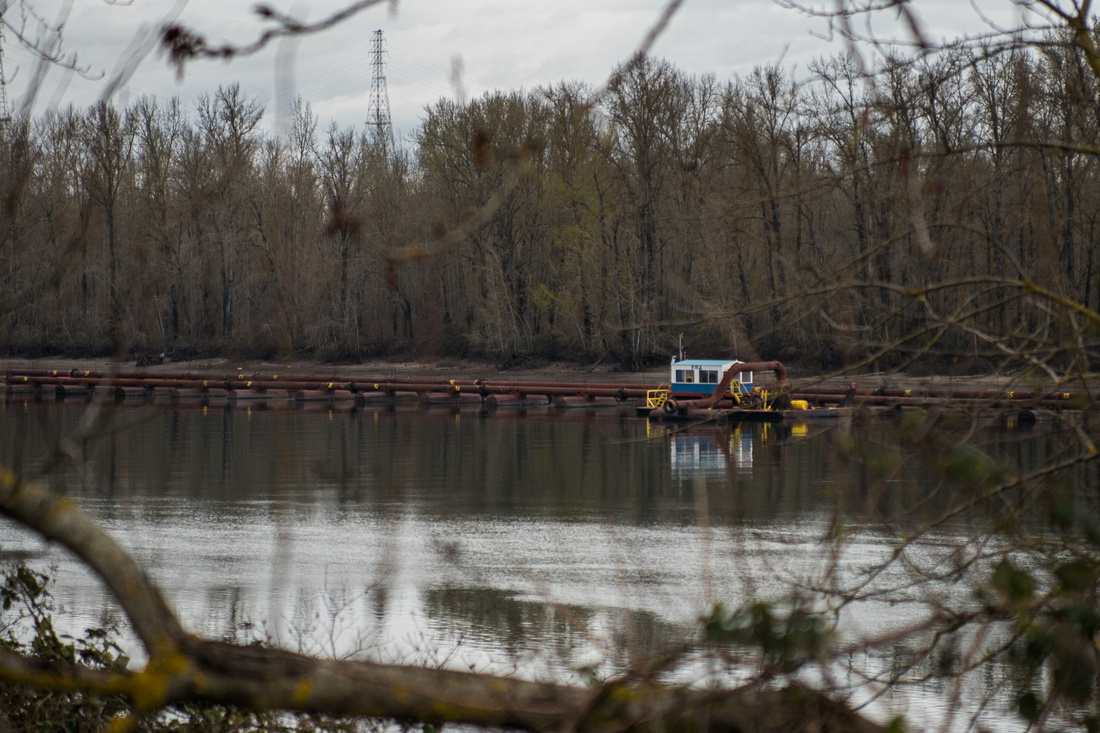 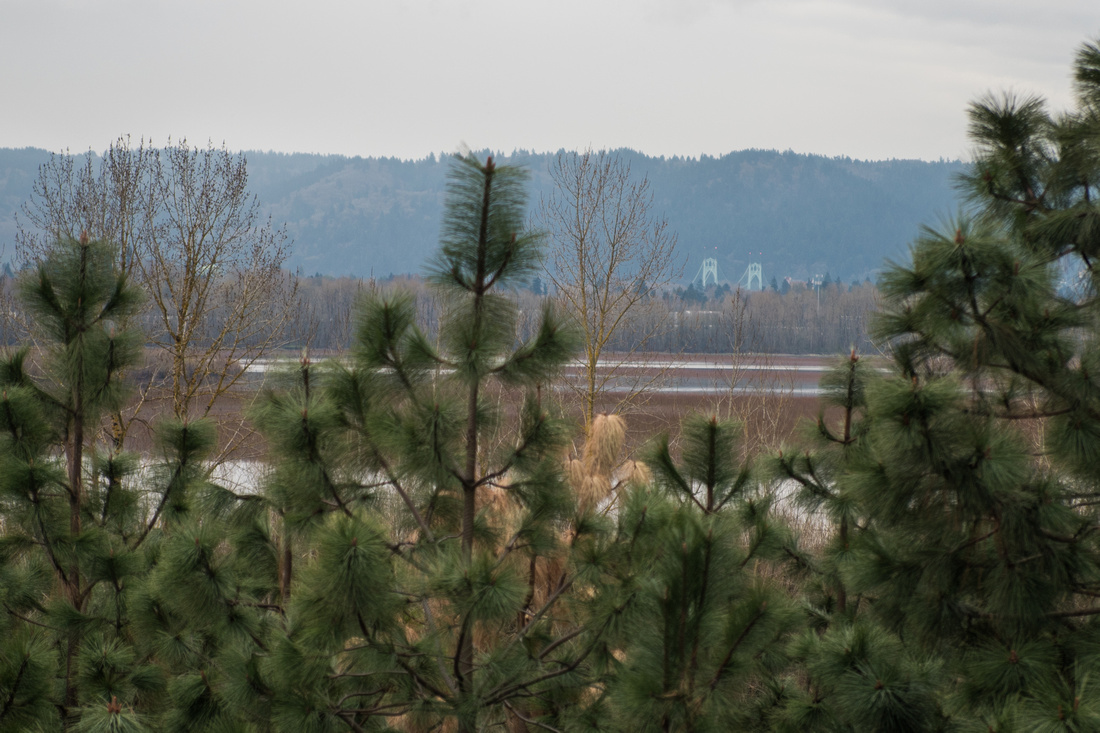 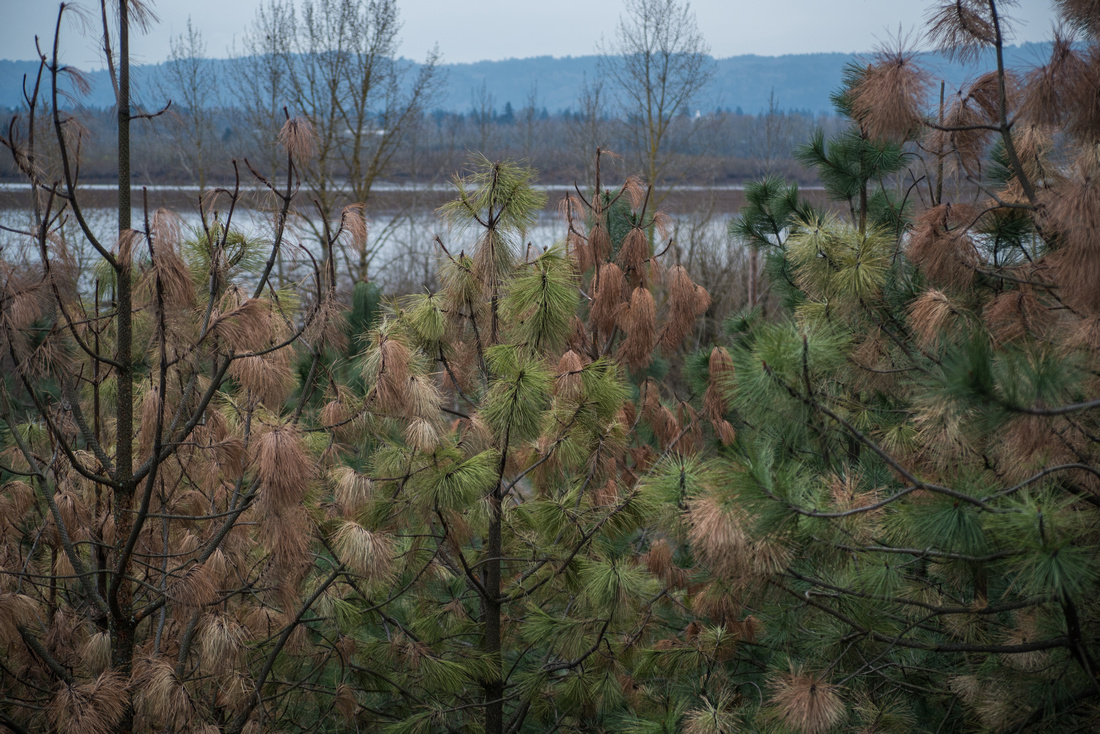 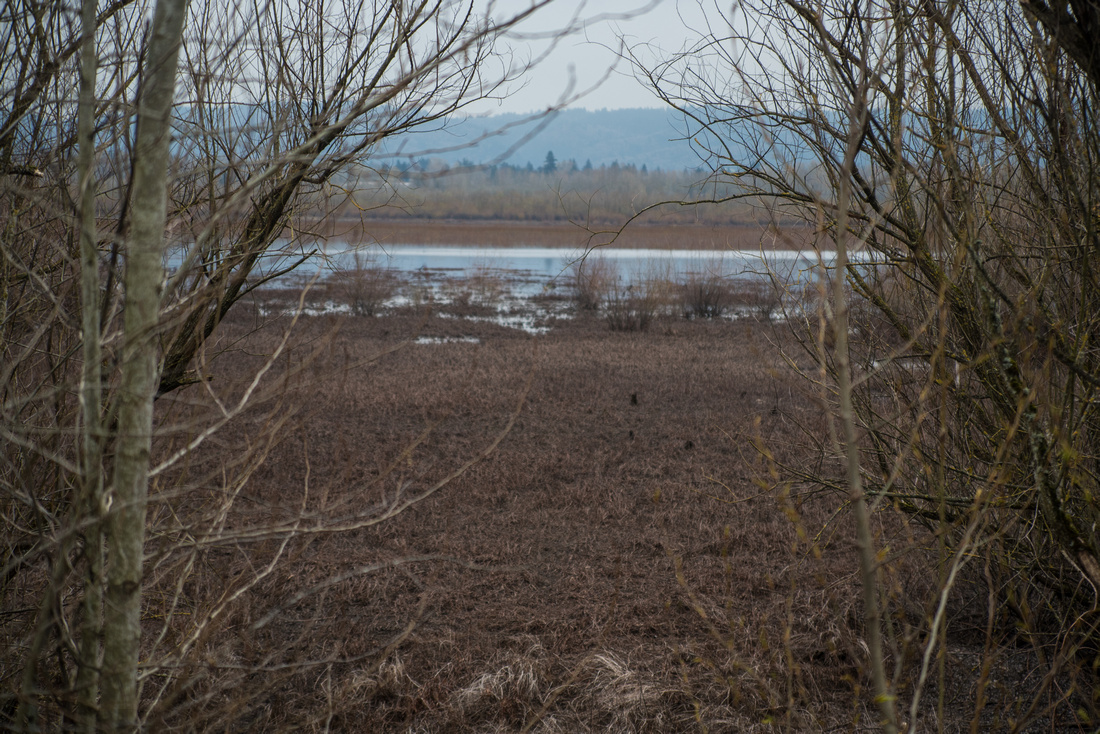 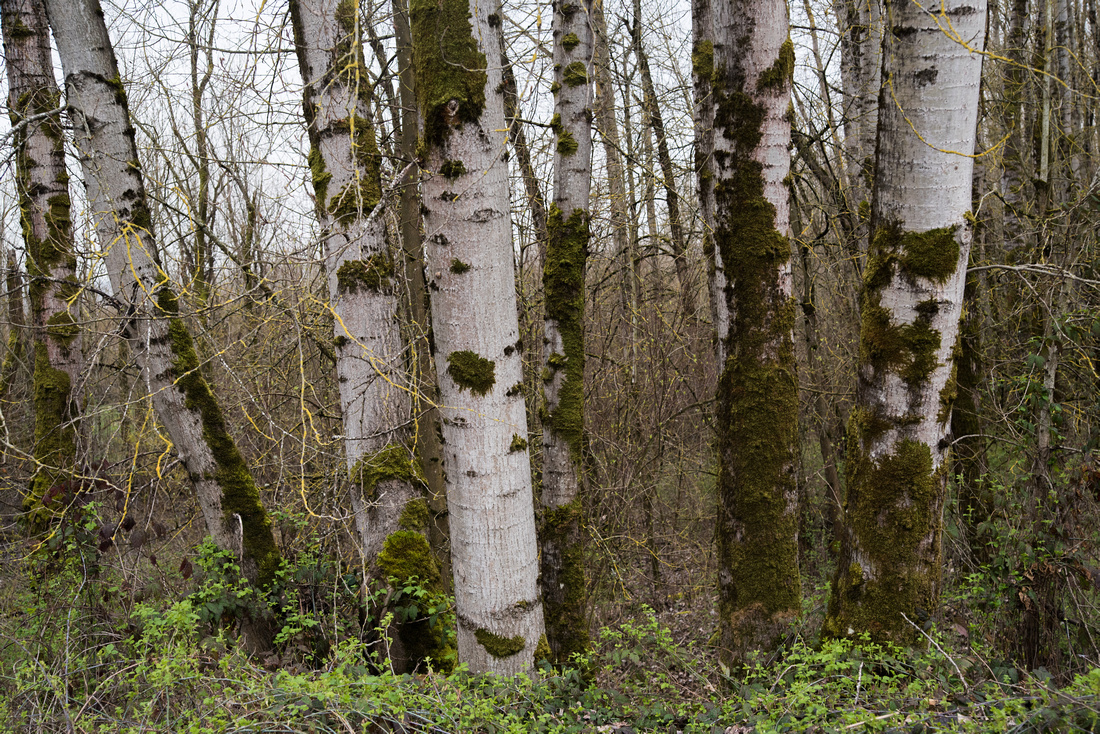 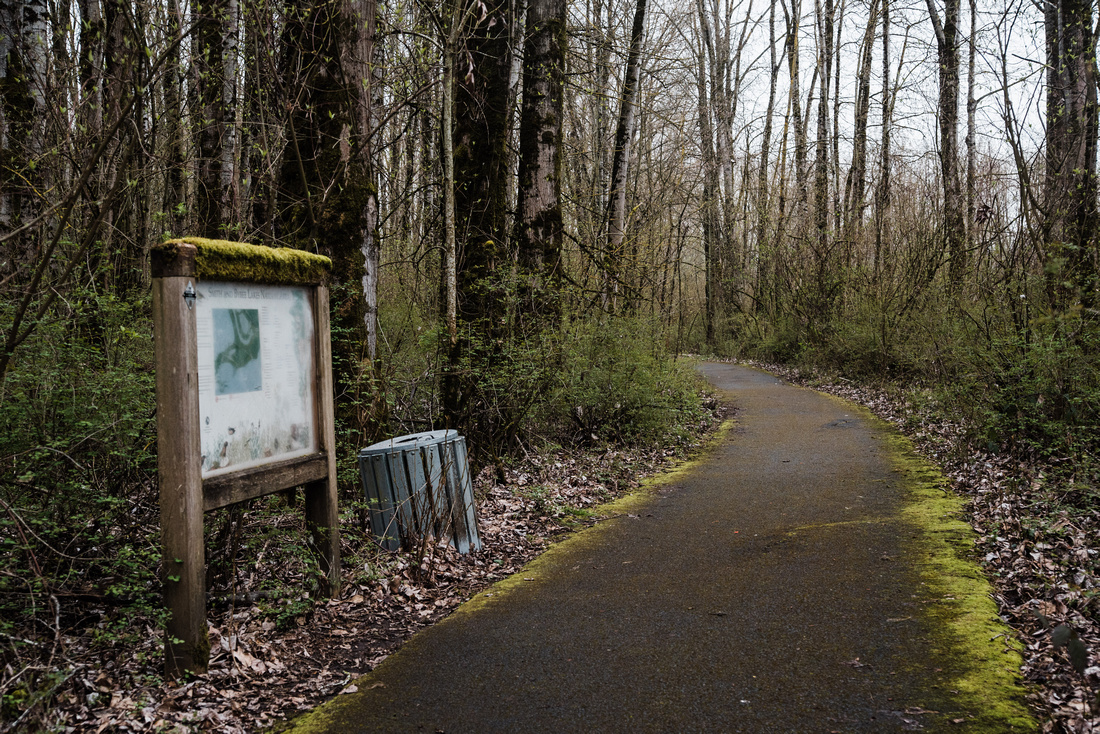 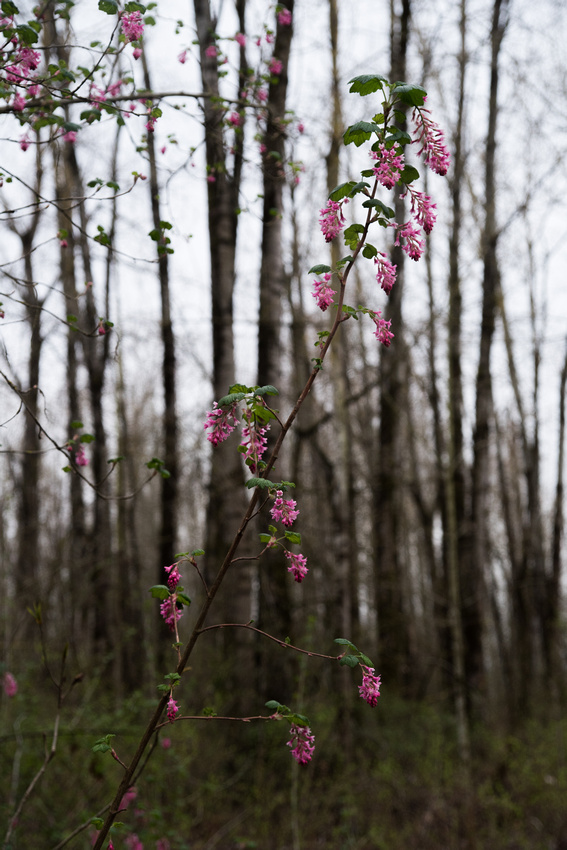 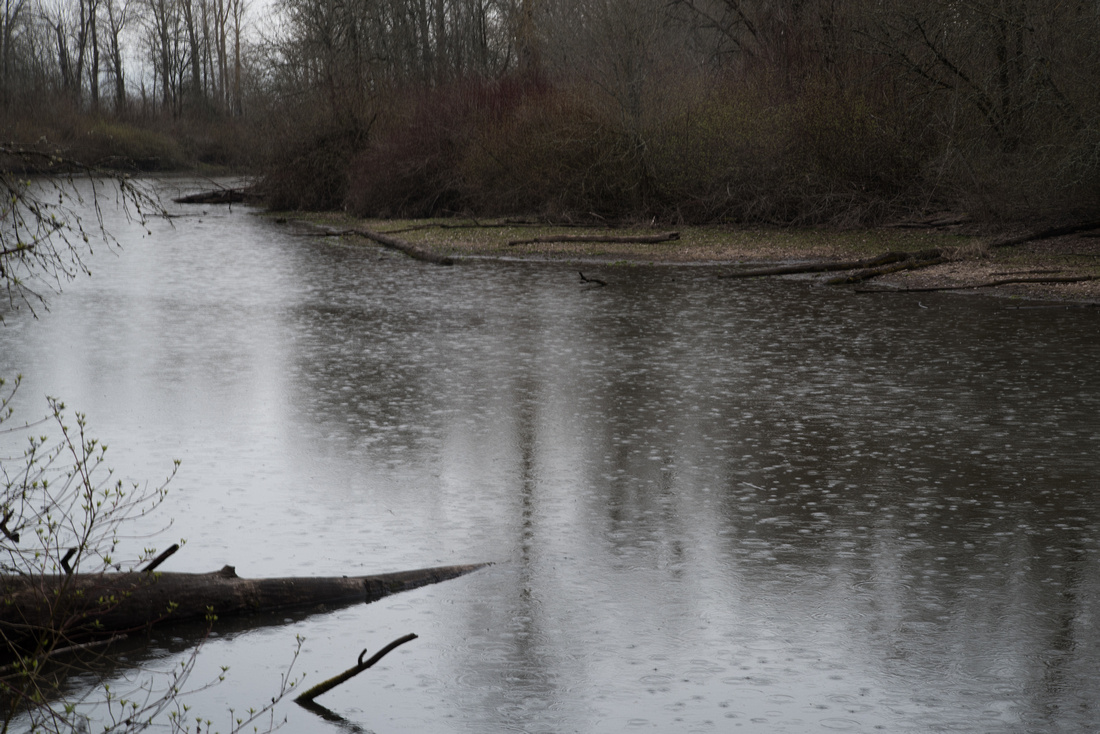 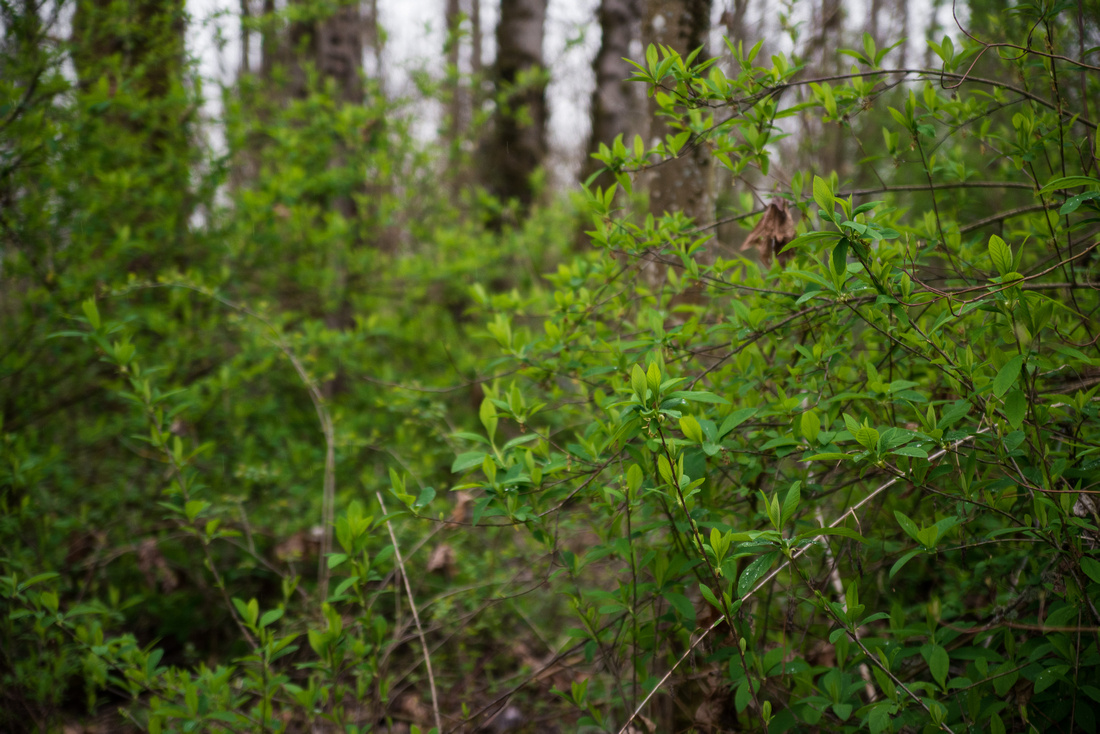 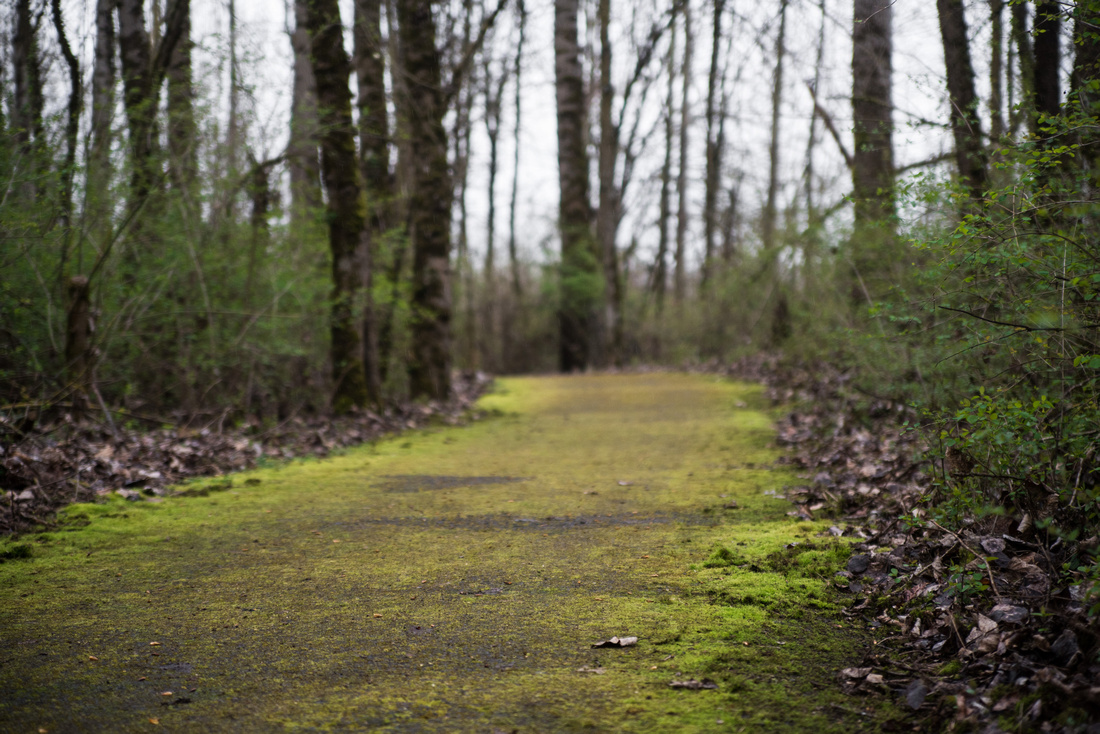 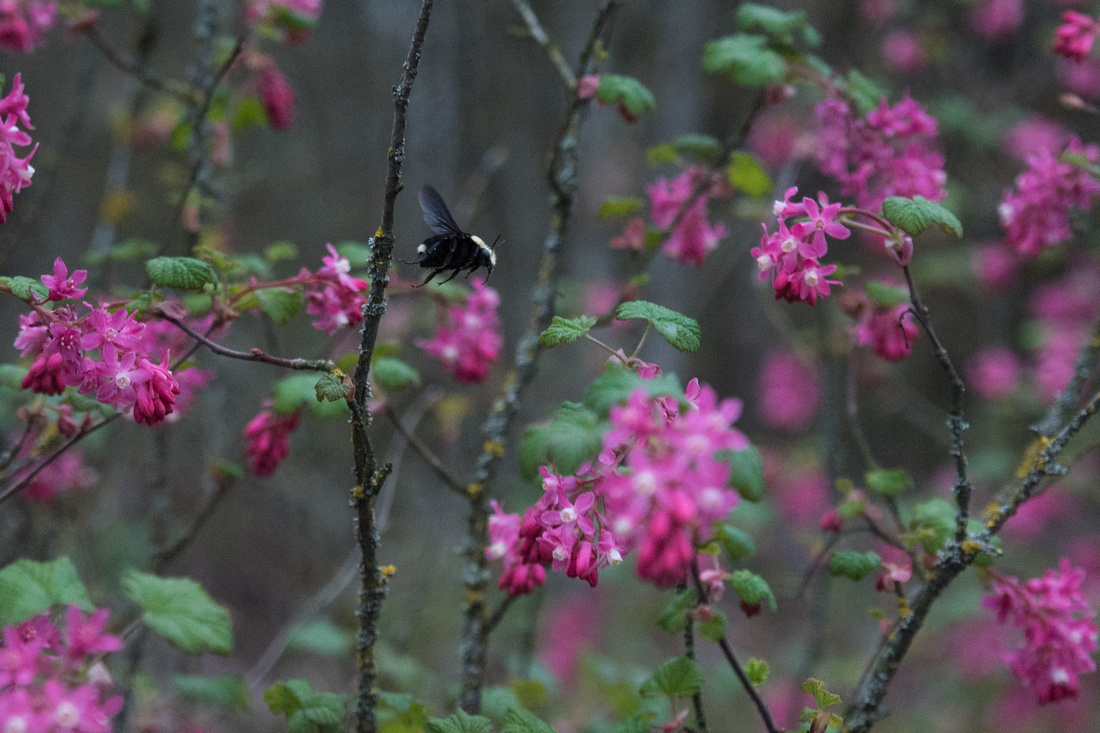 The bus ride this far north circled the manufacturing plants and train yards, so on our way to the MAX station I shared a full bus with the factory workers, listening attentively as they tiredly shared stories of their day. One woman grumbled about having a 2 hour commute each way to work and I don't blame her. As confusing as it can sometimes be, taking public transit is my very favorite way to experience a city because it gives me the opportunity to assimilate with those who actually live here, rather than dwell in a naive haze with the general hipster tourist population.

Although, I will admit that I still get quite nervous talking to people, particularly traveling by myself. On the train, one of the men from the plant - a rough-looking man with one eye swollen and teeth crooked, wearing dirt-smeared jeans and a faded heavy coat - struck up a conversation with me about photography, a hobby we shared. When he asked what I was doing in the city and what my plans were, though he more than likely had good intentions of showing interest and suggesting sites, I can't say that I answered truthfully. I do, however, wish I'd made his portrait.

Once back, I spent the rest of the evening having my makeup beautifully done by an eight- and ten-year-old, a makeup routine a will probably not incorporate into my daily life. All in all, it was a fantastic first day back filled with Portland flavor. 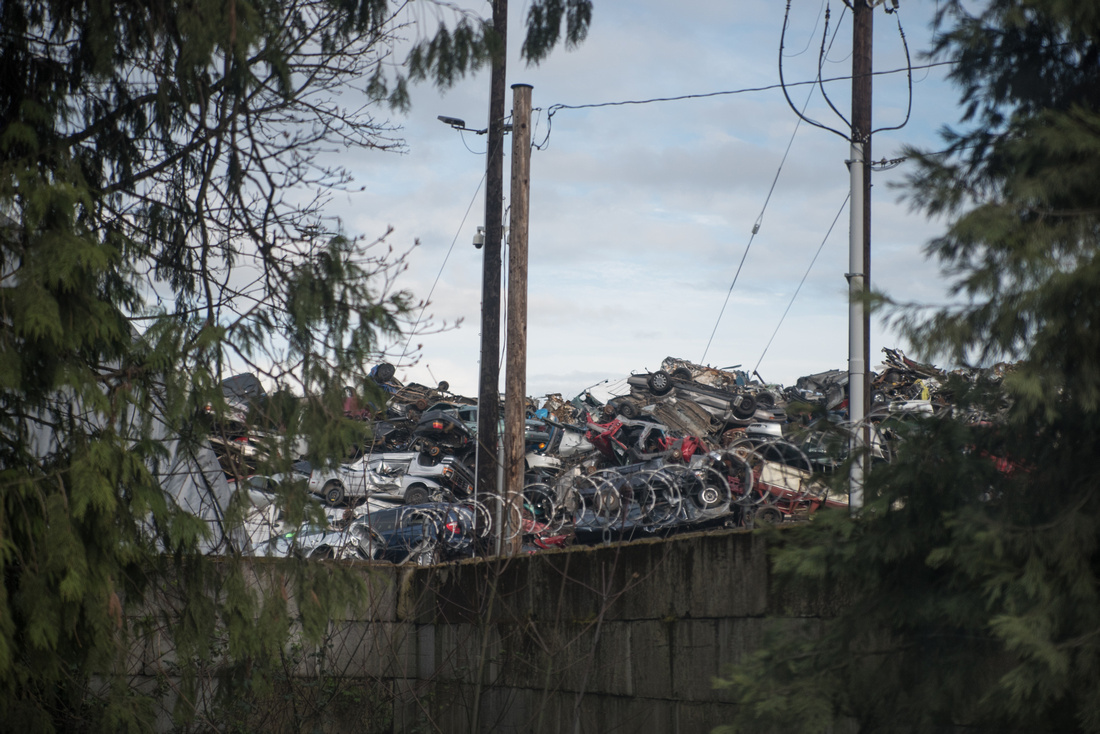 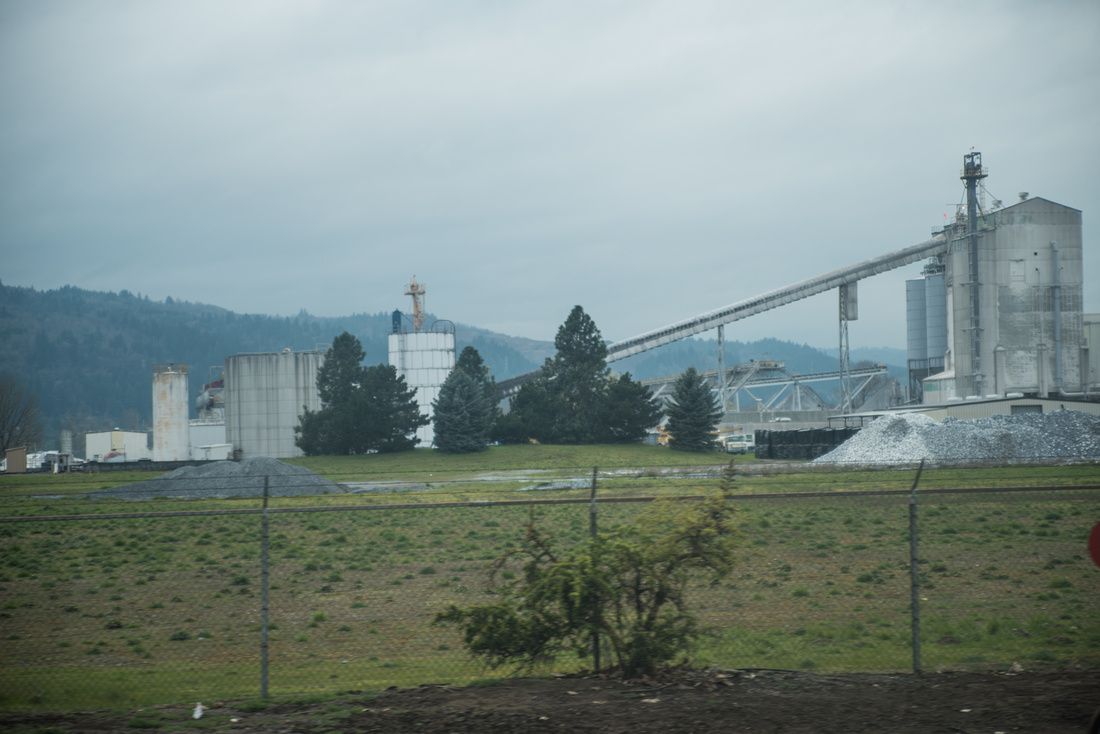 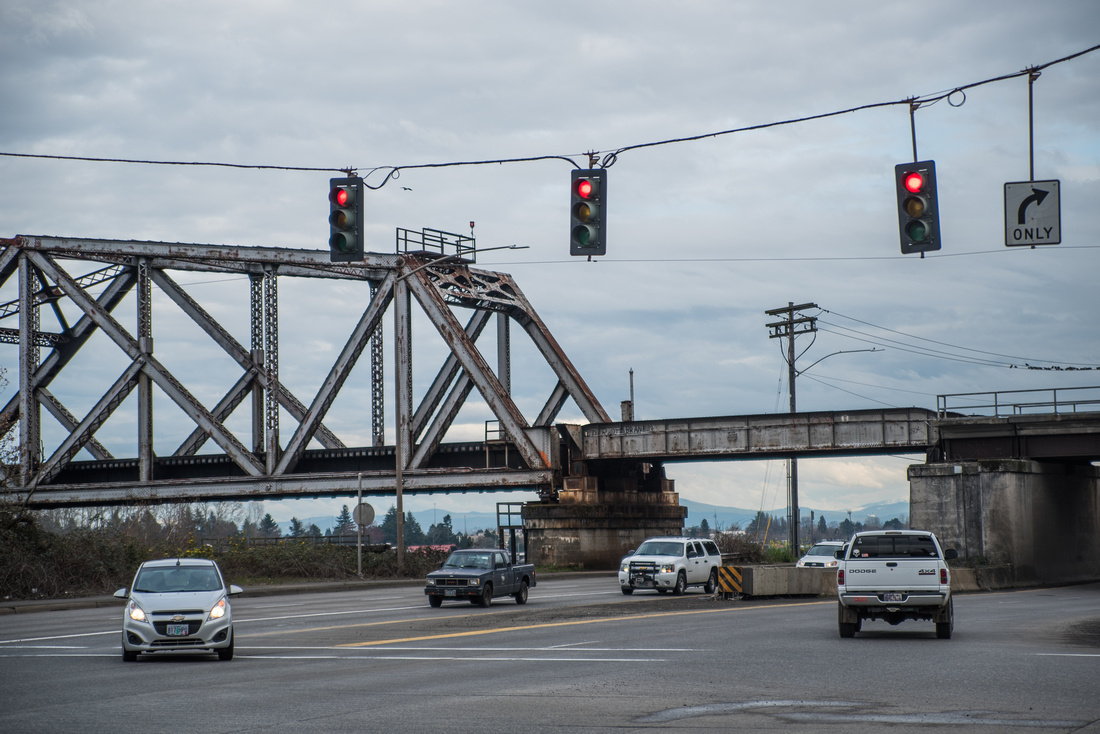 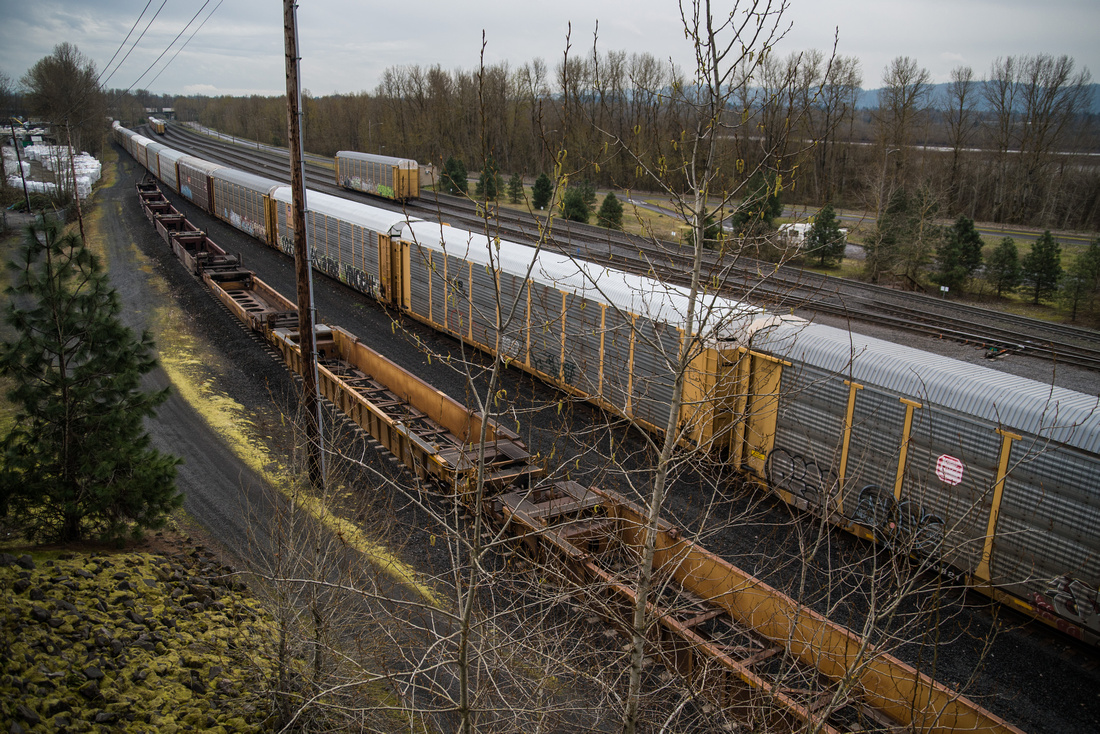