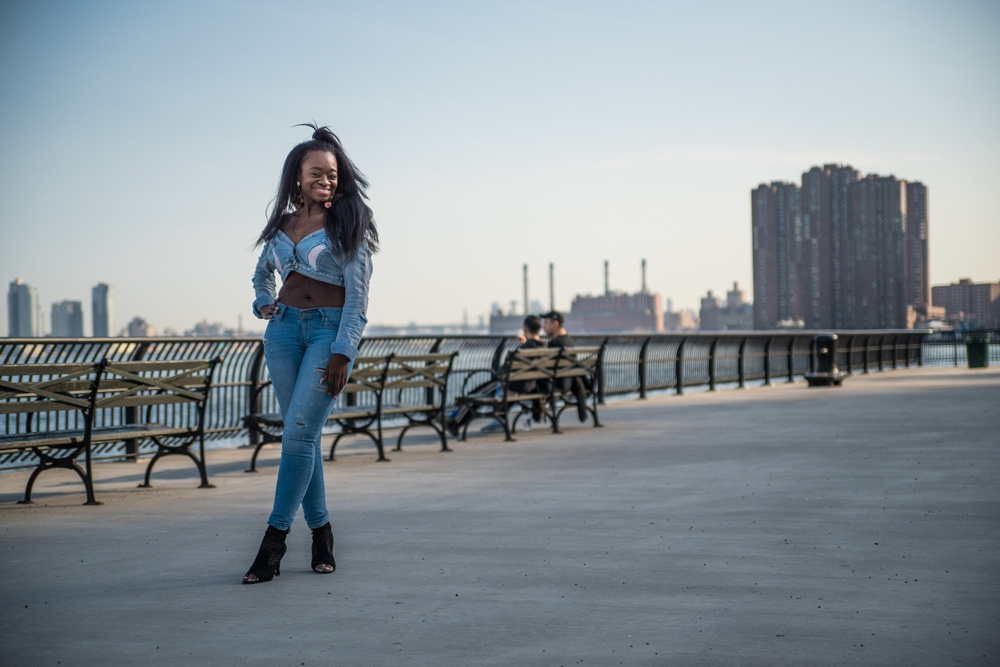 Today was another stellar day for photography! I've only ever been in the city in December - February (and one chilly March), so this sunny and 70's weather was a highly welcome change.

I'd planned to get up around sunrise to run (and then go back to sleep!) but either my alarm didn't go off or I turned it off in my sleep - neither option would surprise me - so I woke up around 11 instead and quickly got ready for my photoshoots. After I'd posted my images from yesterday's shoot with Denise in the GLT NYC group, several people messaged me interested in photos, so while my only plan for the day had been meeting with one of my college classmates for lunch, I ended up adding three shoots to the mix!

I met up with my first new travel-loving friend, Mickey, at a pop-up makeup shop in Nolita so that we could create images for her to promote the shop in Instagram. The white-walled warehouse was decked out with pink and yellow playground equipment perfectly suited for 'gram-worthy backdrops, and proved fun to shoot with! In true social media nerd fashion, we immediately transferred my images from camera to phone via wifi, my phone to hers via airdrop, and then onto the interwebs within 5 minutes. 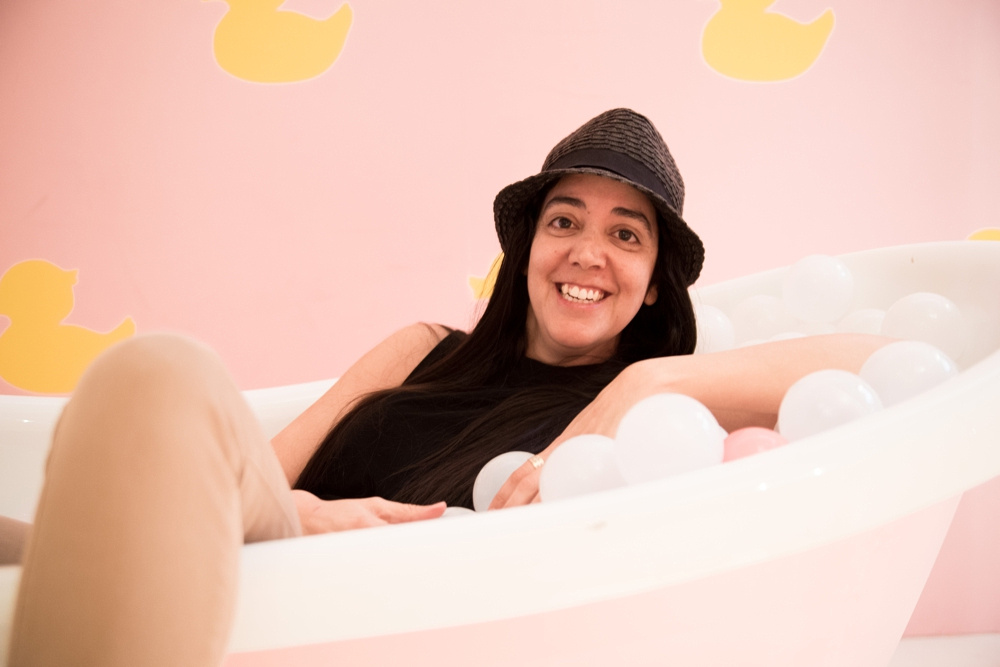 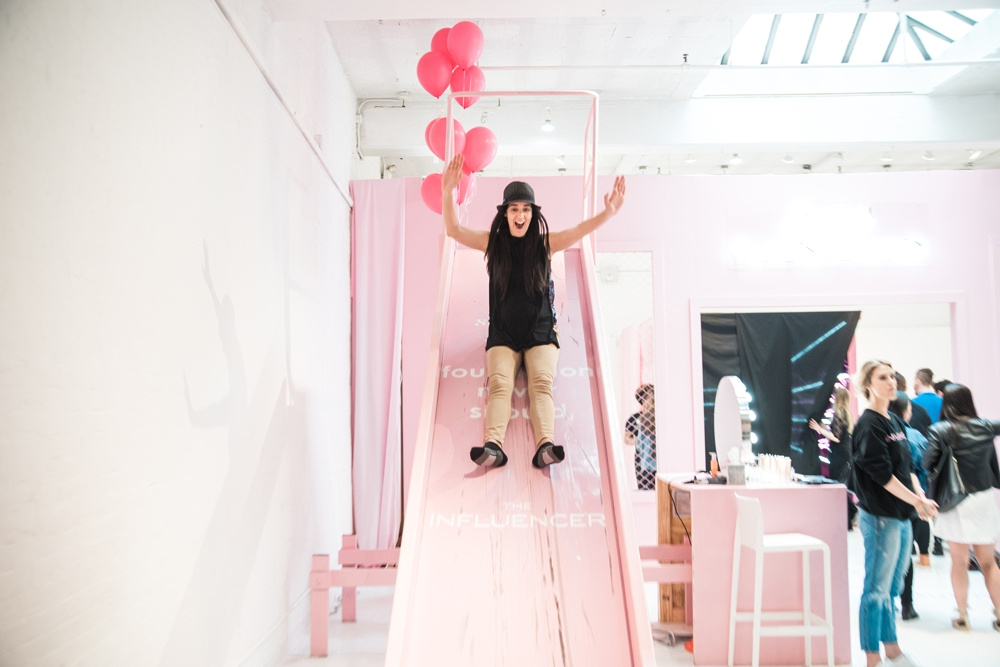 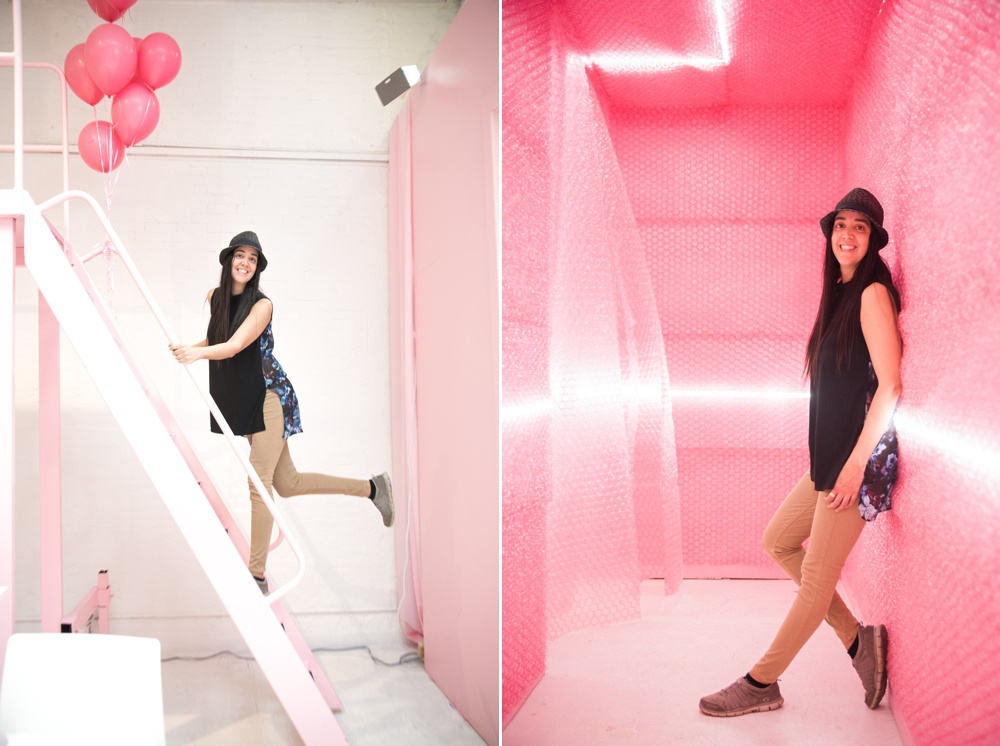 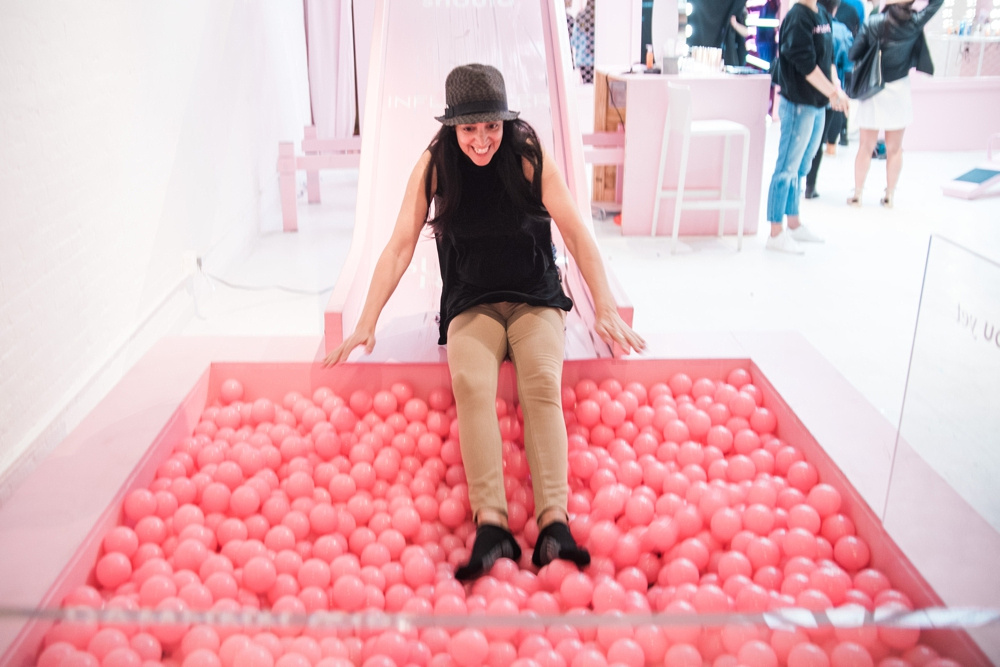 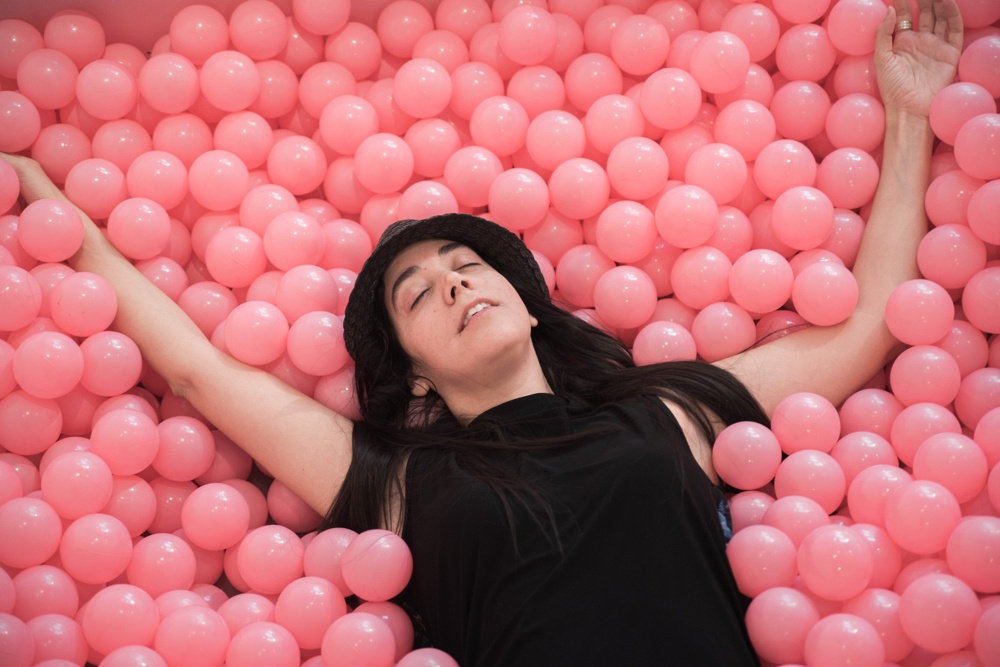 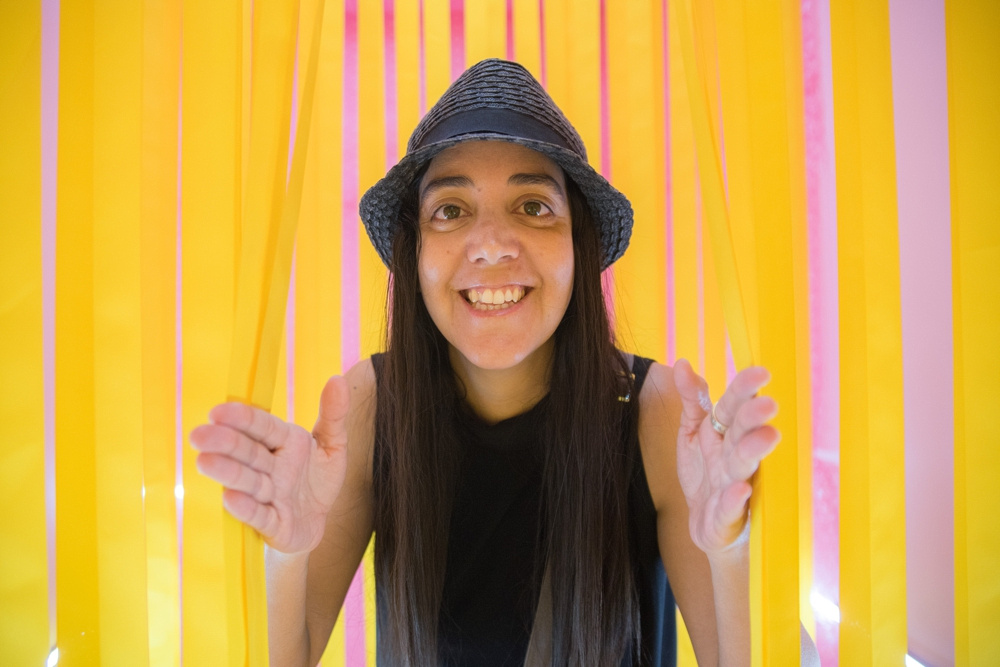 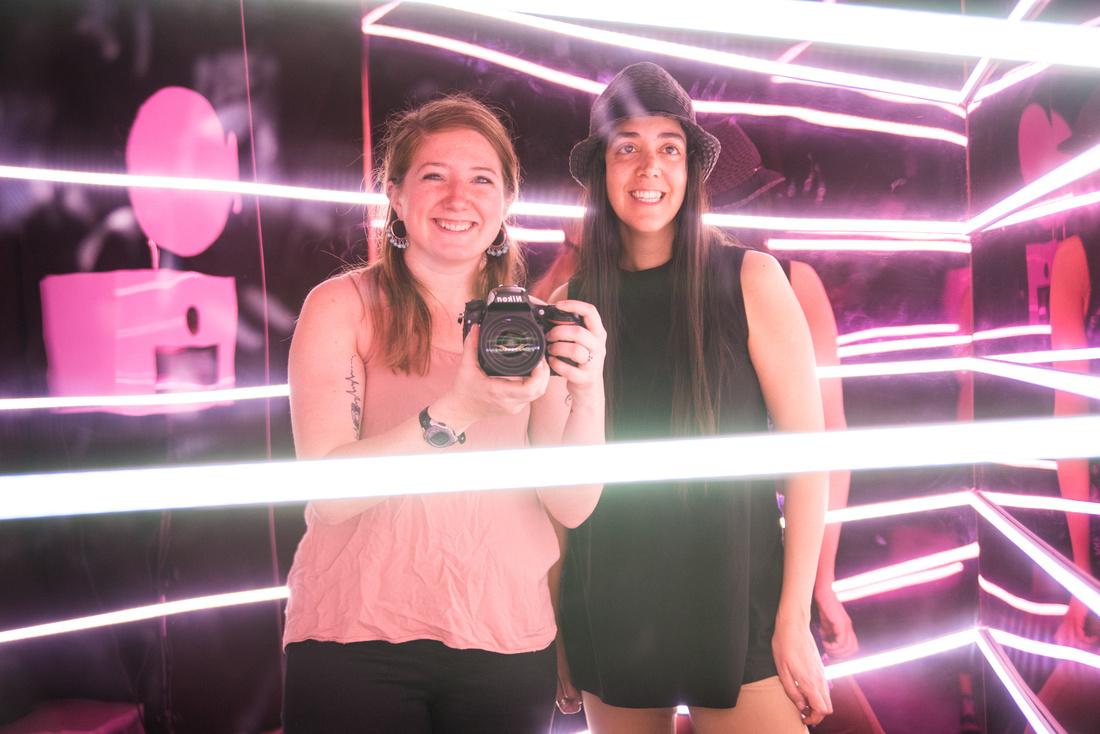 Afterwards, I set off for Queens to meet Kelly, my college classmate, fellow artist and Laurel of Asheville alum. I only got to see the area on the few minute walk from train to restaurant and back, but greatly enjoyed grabbing some portraits of Kelly along Broadway after catching up over poke bowls.

I quickly headed back to Midtown to meet my next subject, Haley, at the Moxy hotel. When she messaged me asking if we could shoot together, I thought nothing of her name and continued along that line until she started pulling GLT props out of her bag. Even then, I thought she was just a fanatic contributor until she began talking about the reason for her visit to New York: to discuss the #MeToo movement as it pertains to traveling. As it turns out, Haley is the founder and CEO of GLT! Networking at its finest, we've got some very exciting plans in the works. 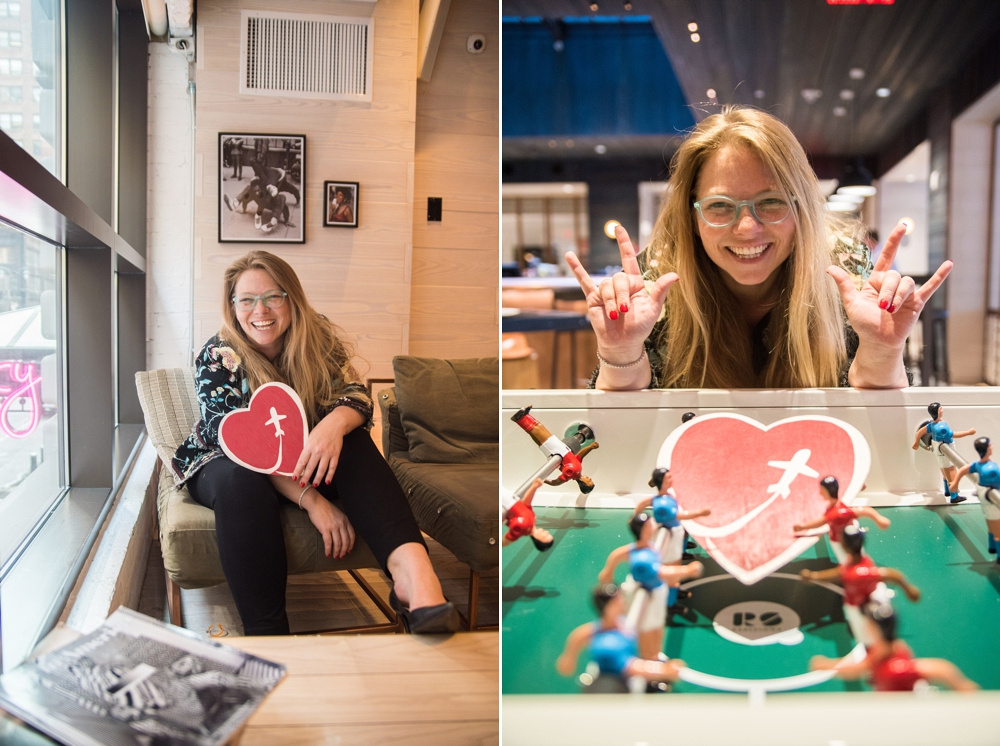 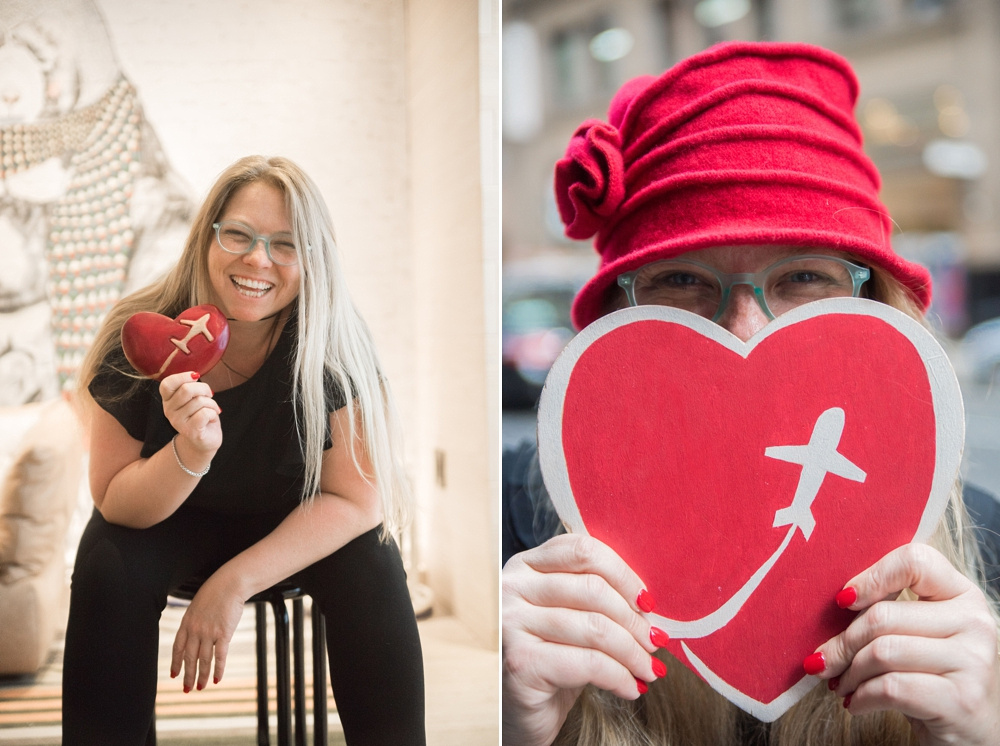 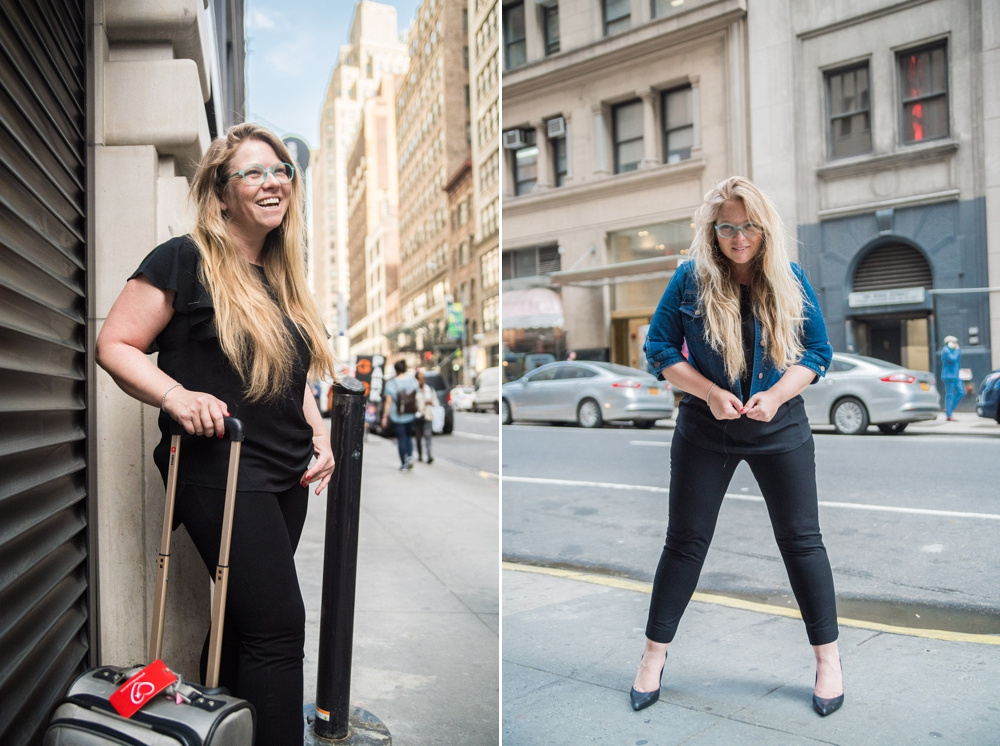 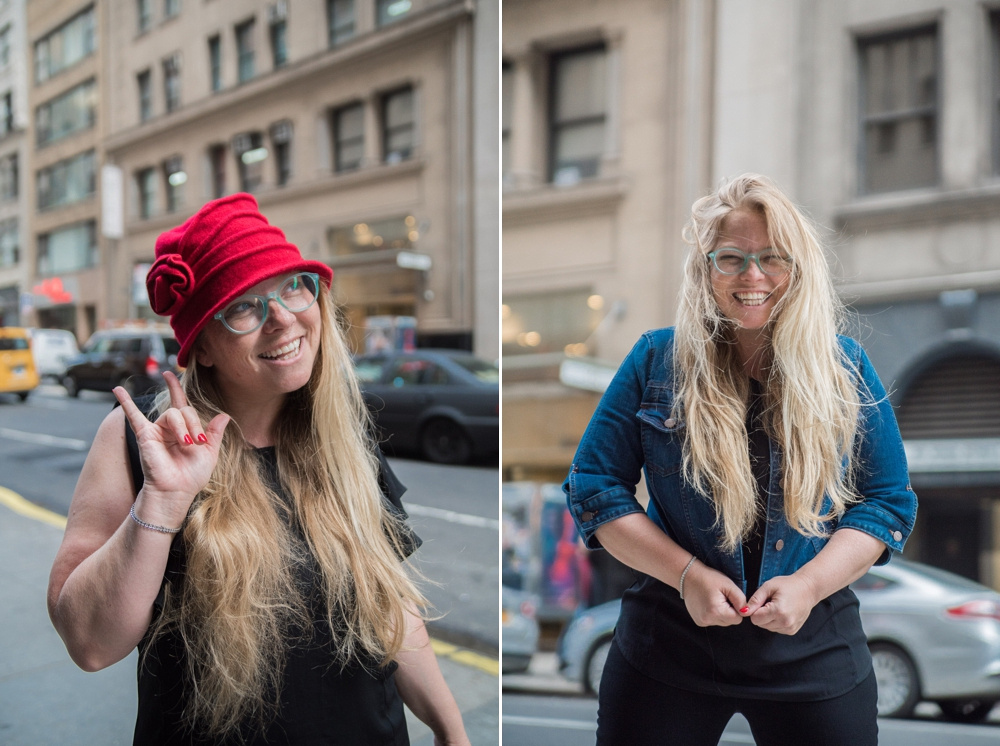 For my last shoot, I met up with Kira and we walked down to the waterfront for some gorgeous evening images. What I've loved most about this trip is getting to know so many women who are not only fiercely independent and enthusiastic in their pursuit of getting the most out of life, but who are just as fervent about helping others. Kira is a pediatric speech pathologist who loves all things social; from dancing to fashion & makeup tutorials to seeing the world. We were so deep in conversation while we were photographing that our hour session felt like ten minutes! 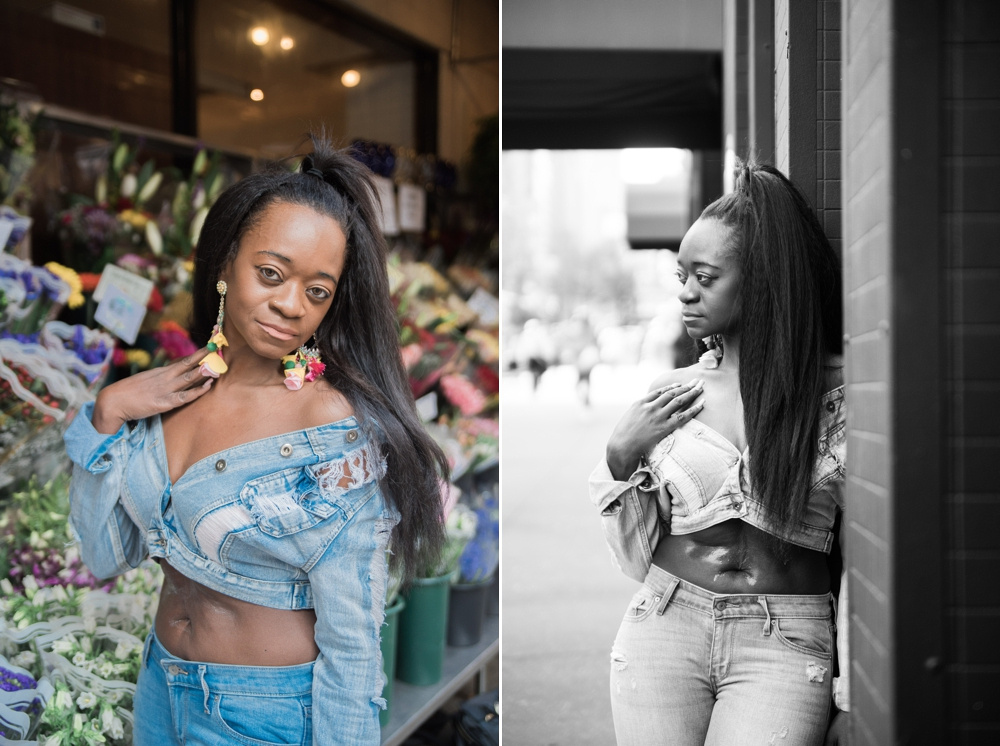 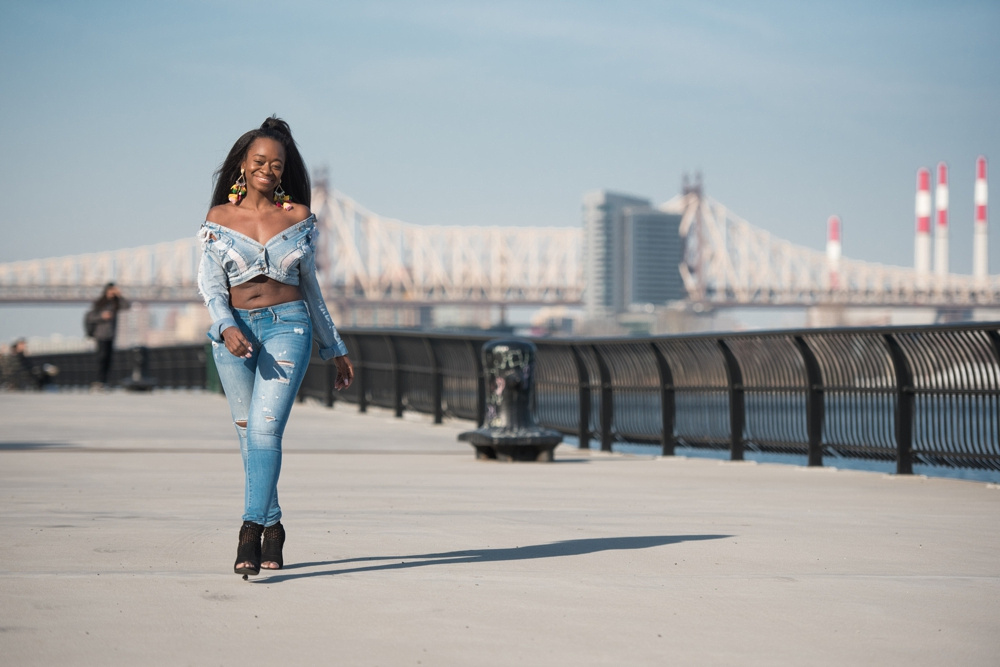 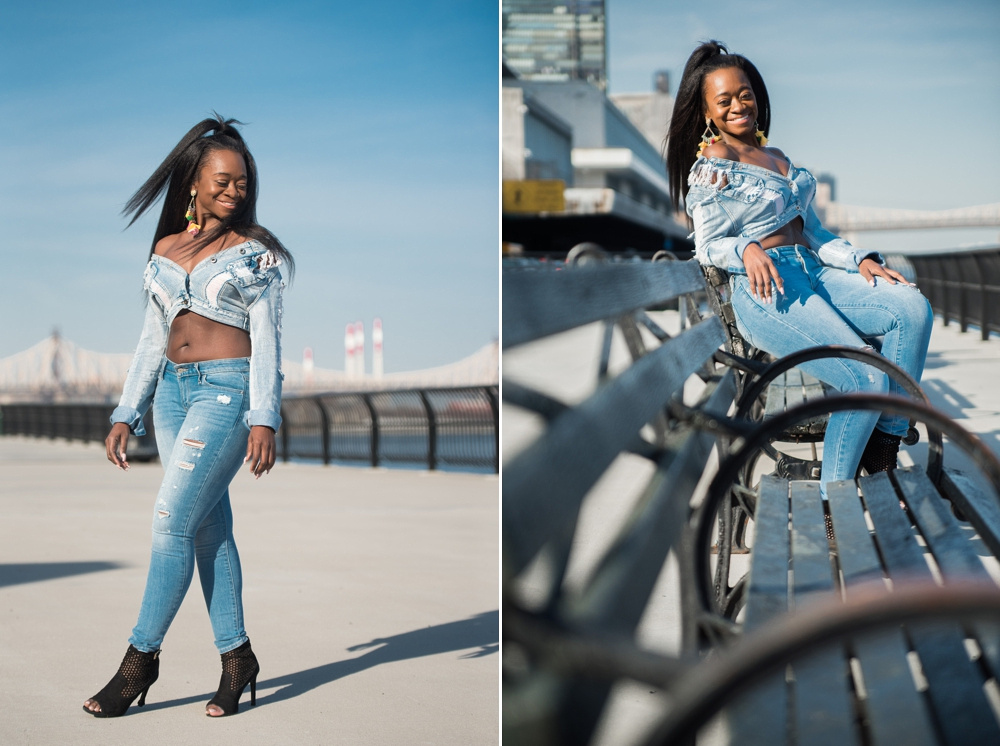 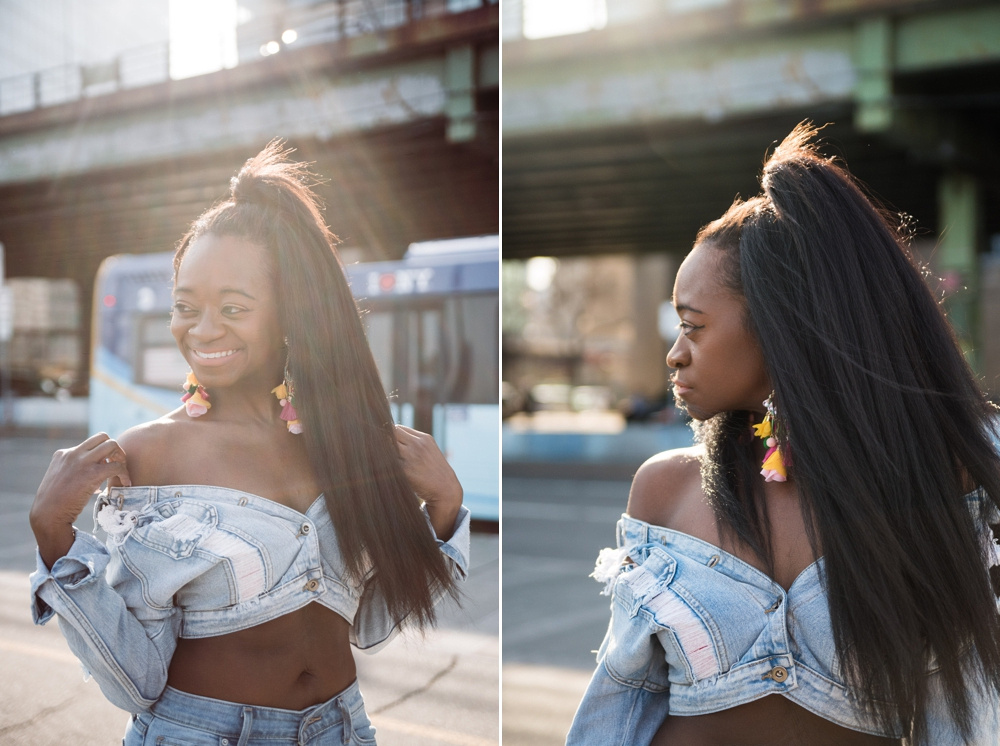 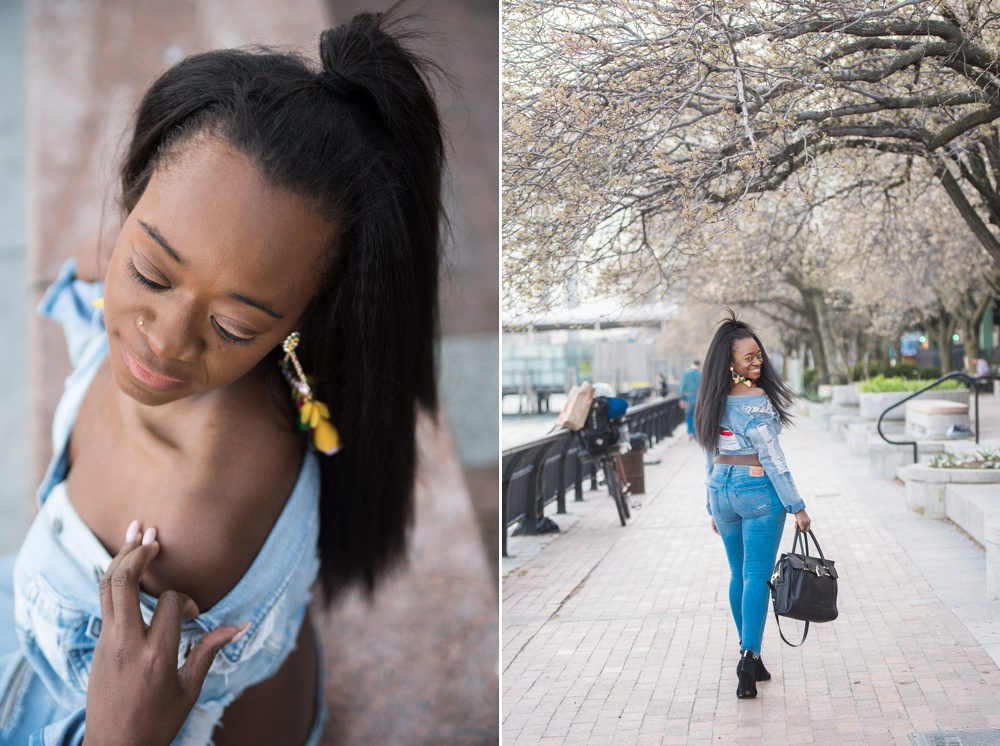 I ended the evening walking the 20 blocks up to Central Park so I could finish off my roll of black and white film at dusk. While I've run through the park several times, I've never been able to meander slowly, taking in the scenery. I've also never been here when anything was in bloom, so seeing the park in all its colorful splendor was quite the treat - though admittedly a little bittersweet to photograph in monochrome.

For my last trick, I made my way to The Beer Shop for a flight. Though I used to think going out solo was weird, traveling has really changed that opinion, and I happily sat at the bar sipping by brews, earbuds blasting the Beatles.

A strawberry cheesecake from next door capped off my evening of editing. I'm excited to have one more day here tomorrow! 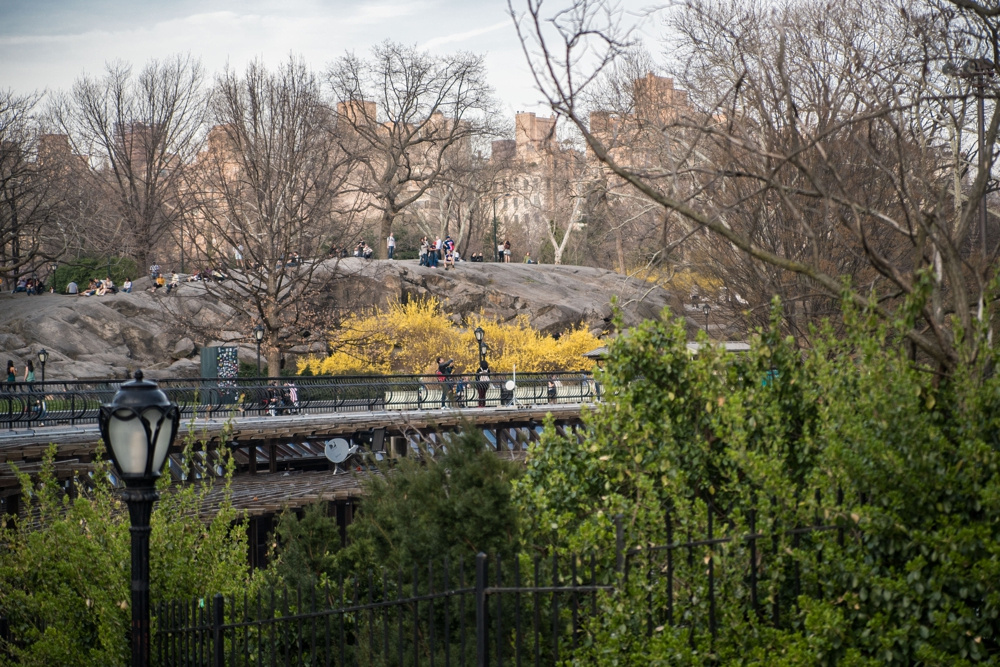 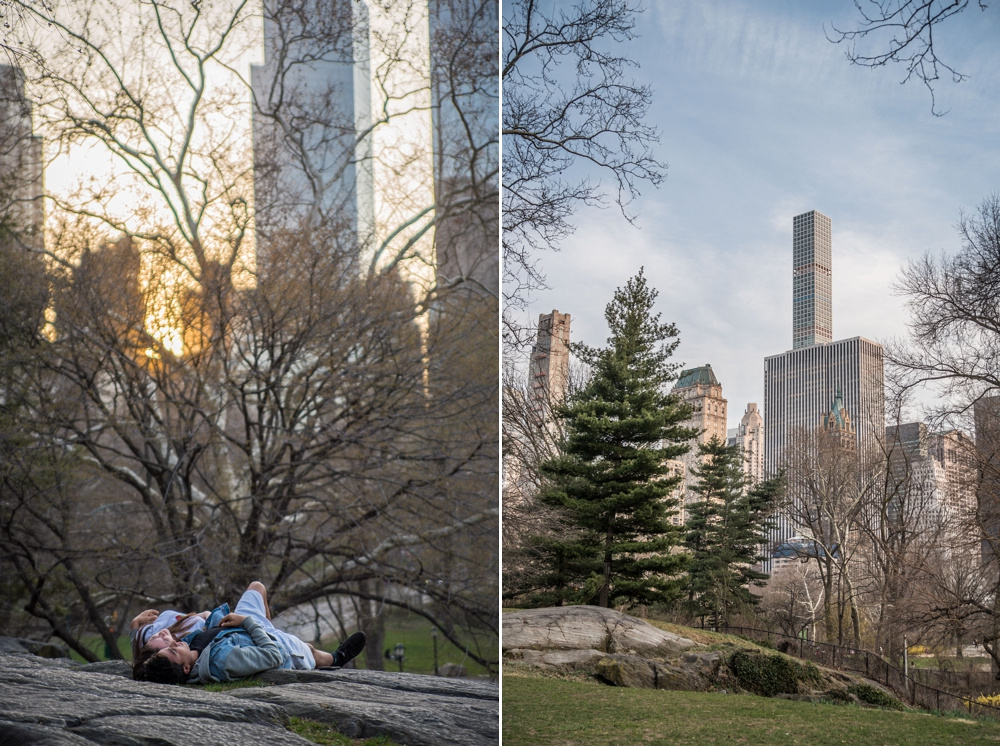 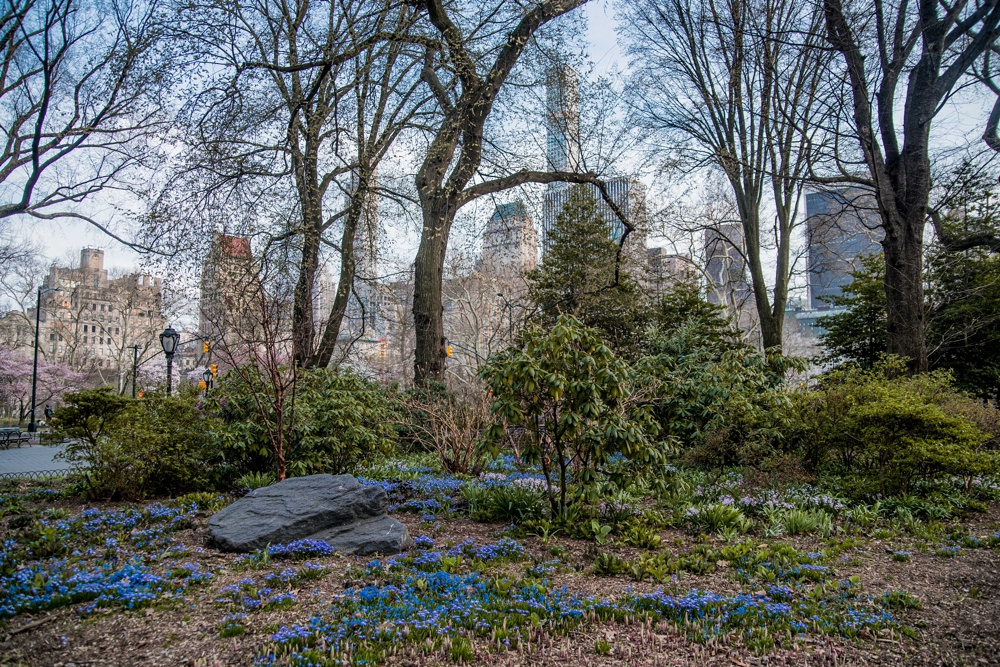 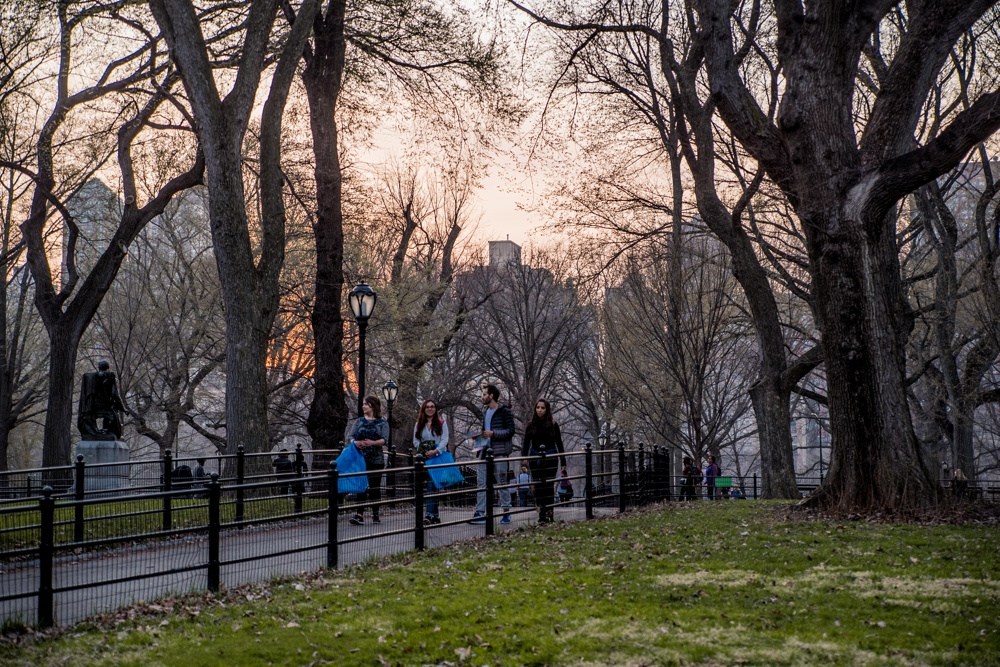